Cuba’s Airport Company Weighs in on New U.S. Flights to the Island 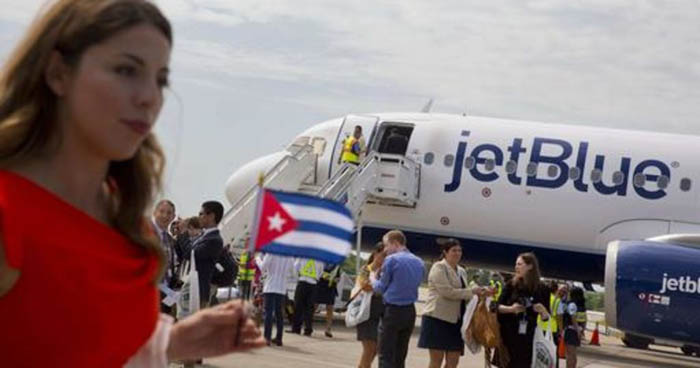 One of the easing of restrictions that has raised more positive opinions among Cubans on both sides of the Florida Straits is the opening of more flights from U.S. cities to Cuban airports other than Havana, as it has been until now.

With this announcement, charter connections and airlines such as American Airlines, JetBlue and Southwest will return to inland destinations such as Santa Clara, Varadero, Camagüey, Holguín or Santiago de Cuba.

In this regard, Cubans want to know an exact date for the resumption of those flights from Miami, Houston, Fort Lauderdale or Tampa to the aforementioned provinces.

In this regard, the Cuban Company of Airports and Air Services (ECASA), made a statement on May 17 through its social networks. The company pointed out that "the measures announced by the United States have not yet been put into practice. Therefore, there is still no date foreseen for the beginning of direct flights from the United States to the rest of the provinces of the country".

So far, in May, direct flights to Havana are maintained by charter and commercial companies such as American, JetBlue or Southwest from Tampa. There are also some direct flights from New York to the Cuban capital's José Martí International Airport.

They explained that under the mandate of former President Obama, measures towards the island were also announced and some of them took months to be implemented, and others never came to fruition.

From Cuba they classify that these direct flights from Miami to the provinces is an important step, since it does not restrict only to the Cuban capital, but "now we must wait to see how they implement it".