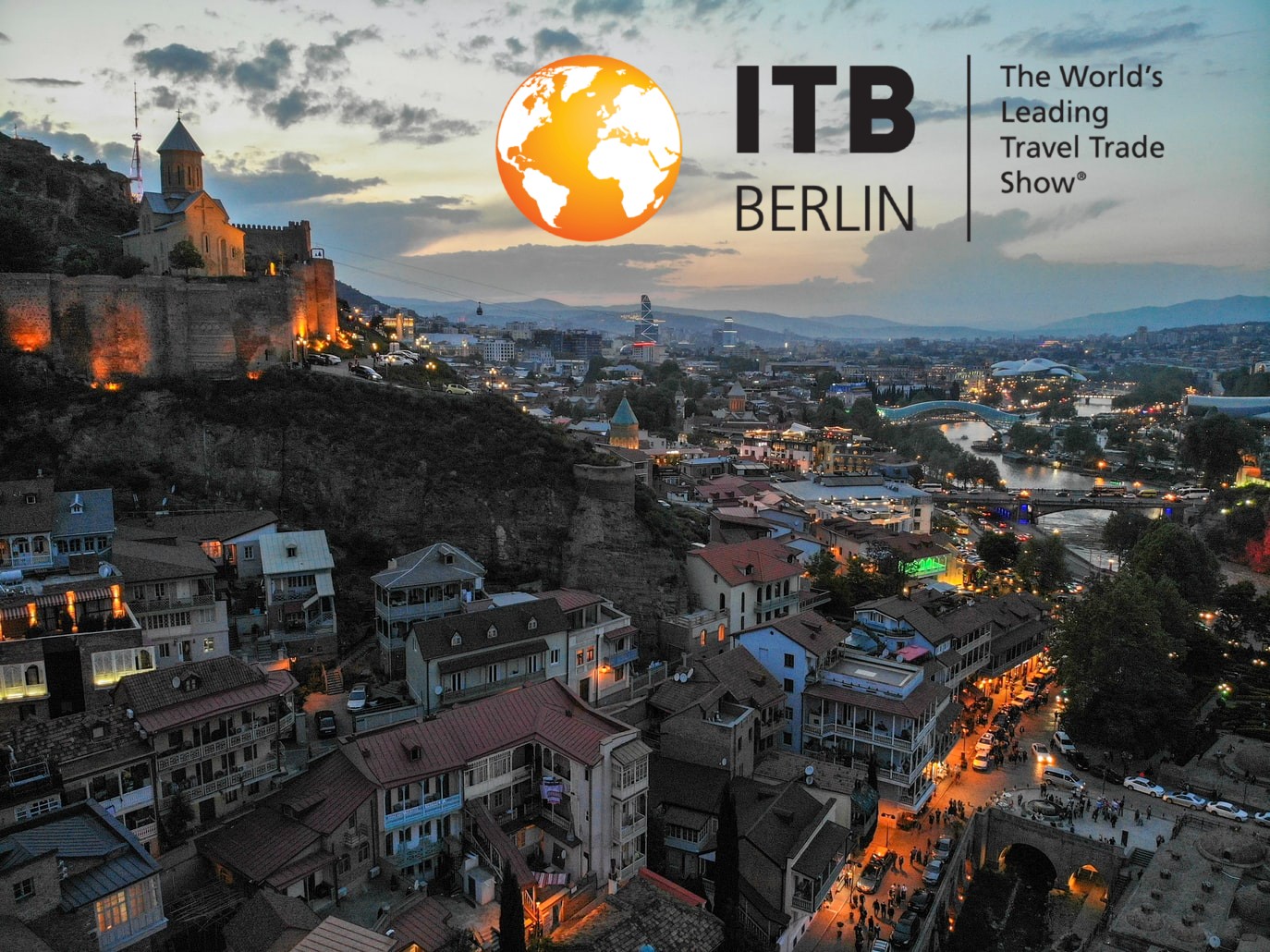 As the Convention & Culture Partner, Georgia is showcasing its wide-ranging cultural heritage and natural attractions – In 2023 it will be the official host country of ITB Berlin.

In 2022. Georgia is the Convention & Culture Partner at ITB Berlin, and in March it will introduce itself to a wider online audience as the official Cultural Destination of the World’s Leading Travel Trade Show. This is the next phase in the three-year partnership that was announced in March 2021. Last year, Georgia already fascinated visitors as the Adventure & Sustainability Partner of ITB Berlin. This year it will play a significant role, including at the opening press conference and at the ITB Berlin Convention (8 to 10 March). Georgia will be represented at a session on March 9th, at 2 pm, at which the representatives of Georgian National Tourism Administration (GNTA) will talk about the cultural diversity of Georgia. In 2023, when the World’s Largest Travel Trade Show takes place live again on the Berlin Exhibition Grounds, it will be the official host country.

With its wide-ranging cultural heritage and natural attractions Georgia, which has a population of 3.7 million, is of immense value to tourism. Its culture draws on many influences, and it spans a unique bridge between Europe and Asia. Both this year and at the next ITB Berlin, Georgia will present its culture, history and art as well as an architectural heritage dating back more than 1,300 years. In Georgia, as in many other countries, sustainability is an increasingly important topic. Bordering on the Black Sea’s east coast, it boasts a pristine natural beauty in many parts, spread out across more than 40 nature reserves. The country’s mountain ranges are taller than the Alps, with Mt. Schkara, the highest peak (5,200 meters).

Georgia is also famous for its hillside monasteries, of which several are UNESCO World Heritage sites. Furthermore, since 2001 Georgian polyphonic singing has been on UNESCO’s list of the Intangible Cultural Heritage of Humanity. Other attractions include the country’s wide-ranging cuisine and a wine-growing tradition that dates back more than 8,000 years. All this has made Georgia and its capital Tbilisi, founded in the fifth century, one of the region’s most important travel destinations. Before the pandemic it attracted more than 9.3 million international visitors annually – about three times the country’s population.

“With this year’s ITB Berlin we are part of a virtual and global platform, through which we can spread our message to the world. No other event of this kind manages that, particularly in these times“, said Medea Janiashvili, Acting Head at Georgian National Tourism Administration. “As the Cultural Destination and future host country, we want our tourism strategy to receive long-term funding. We are convinced that tourism will be an enduring factor in the success of our country, people and economy. The partnership will also help to underline and further Georgia’s role as a meeting place of Europe and Asia.”

“We are really looking forward to welcoming Georgia at this year’s ITB Berlin. For many years, the country has impressed with a spectacular rise in tourism services – it is a unique travel destination that offers visitors a wide range of experiences, adventure and impressions“, adds David Ruetz, head of ITB Berlin. “ITB and Georgia both benefit significantly from the partnership with the Georgian National Tourism Administration. Its work and success show how development in the tourism sector can change even a small nation.“

This year, the World’s Leading Travel Trade Show ITB Berlin takes on a new format. Along with the ITB Berlin Convention, which will be held as an entirely virtual event from 8 to 10 March 2022, the new concept features the Digital Business Day on 17 March, where buyers and exhibitors can exchange views and generate successful business on a user-friendly networking platform. In spring and late summer, two B2B networking events which ITB Berlin plans to hold at two different European host destinations, will round off the program.