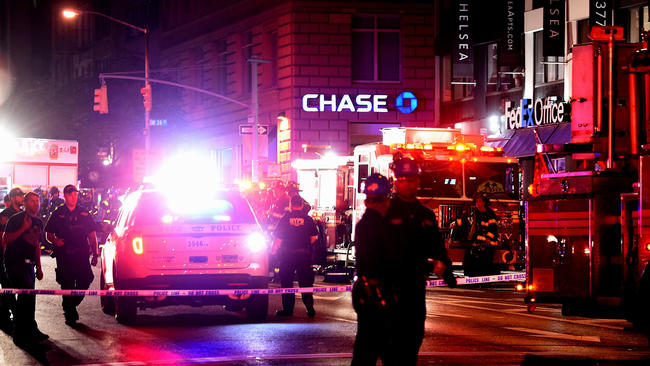 Travel agents were dismayed and saddened by the spate of recent terrorist incidents in New York City, New Jersey and Minneapolis, but they remain calm in the face of what is now the new reality in our post 9/11 world.

“The recent explosion is a terrible reminder about how our country and our world has changed since the 9/11 terrorist attacks,” said Judy Nidetz, of Travel Experts in Northbrook, IL. “We have been forced to think about travel domestically and abroad in a different way. We need to be mindful of our surroundings and heed travel warnings and advice. But I have not seen any downturn in my personal business due to these events.”

Despite the several terrorist attacks in Europe, Nidetz said she’s experienced the busiest summer she’s had in a long time with “travel to Europe and beyond.”

“I don’t have any clients booked in the near future going into New York City but I think we all realize these tragedies can and are happening in cities large and small both in the U.S. and abroad,” she added. “I’m very hopeful that the recent events will not affect travel to New York or other big cities. To quote Matthew Upchurch of Virtuoso ‘Boundaries Divide, Travel Unites.’

Stephanie Turner, CEO of Brentwood Travel in St. Louis, however, does believe the New York City—and other U.S. incidents—may have an effect on travel. Turner’s agency’s business is 50/50 leisure and corporate but New York City is “a big corporate destination for us. I think it’s our number one market for corporate,” said Turner.

“We do a nice amount of leisure New York, but it’s certainly smaller than our Mexico/Caribbean and Europe business,” she added.  “We have truly felt the pain this year of the issues in Europe. Fear is a very powerful emotion for people – especially when they don’t have to go somewhere – like corporate travelers have to.”

Turner thinks the recent U.S. incidents will impact travel to New York City although her agency has yet to see any direct impact.

“Whenever there is a major incidence about 20 percent of travelers may decide not to go or to wait and see what is going on,” Turner said.  “As for business travelers in general, I don’t think it will have a long term effect, though immediately after, people may question the necessity of their trip.  Every incidence that happens has some impact – no matter how small – on our business.

“That is the intent of terrorists and unfortunately it always has some effect, but I think most people go back to their normal routine shortly after,” she added.  “I think we, as Americans, are becoming more conditioned to what is happening not only abroad but here at home.”

Jennifer Wilson-Buttigieg, co-president and co-owner of New York City-based Valerie Wilson Travel, pointed out that, “Travel is, in fact, a necessity for business travelers and is also a wonderful part of exploring life for leisure travelers. I love New York City. Thankfully, New Yorkers are resilient. I am grateful for our first responders. Be alert in any city.”

The terrorist incidents will not have an effect on New York City travel nor has her agency seen any cancellations for either business or leisure travel, she added.

Unfortunately, terrorist incidents have become “a way of life in today’s environment,” according to Jay Ellenby of Bel Air, MD-based Safe Harbors Business Travel, a branch of Tzell Travel.

“We have many clients who are based in New York and travel there as well,” Ellenby said. “People will continue to travel there and will stay alert on their surroundings.”

Coming so close to home, however, incidents like those over the weekend bring the experience uncomfortably close.

“Of course these issues that have come close to home really make me angry,” said Sandy Anderson, of Travel Leaders in Coon Rapids, MN. “Coming close to home makes it so real.”

But, Anderson added, “The many customers we work with continue to travel. They probably become more familiar with their surroundings with their choices.  Many of our clients are like minded and do not let fear change their lives.”

Keeping perspective is key, according to many agents.

“I think that, in all matters of personal safety, a majority of Americans have a perspective that’s primarily based upon media attention and geography,” said R. Gavel of Harvard, MA-based Travel Repetoire. “Many individuals are very much influenced by media coverage and the spin that the media choose to put on an incident, or indeed, the stories they even elect to cover extensively.

When all is said and done, perspective is key, according to Carol Wagner of Travel Leaders in Commerce Township, MI.

“In my opinion, it needs to all be put and kept in perspective,” she said. “Not sure how far up the list it has gone in recent days but the statistic, not all that long ago, used to be that you had a better chance of being struck by lightning or winning a major lottery than being injured or killed in a terrorist attack.

“Even with today's environment, it probably hasn't moved up all that many spots.”

Wagner reported that one of her agency’s employees was in New York for a wedding over the weekend and didn’t notice any extra security measures while traveling through LaGuardia airport.

“We also have had no one cancel their bookings due to any of the recent events,” she added. “The smartest words of advice? Plan ahead. Arrive early for your flight. Be aware of your surroundings. Most of all, relax and have a good trip.”