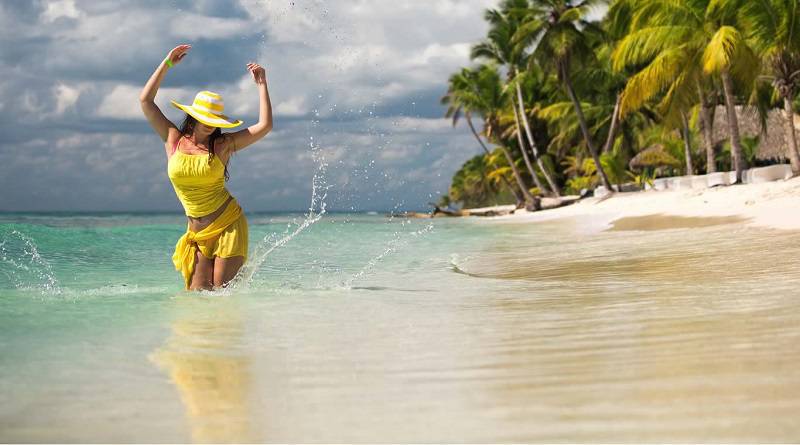 The death of six American travelers in the Dominican Republic has pushed the panic button in both the press and tourism authorities from the two countries.

The ambassador of the United States to the Dominican Republic, Robin Bernstein, described these regrettable deaths as “specific” events.

“Some 2.7 million Americans come to the country and this is a very unique and isolated event. They come to visit the beautiful beaches and enjoy the great culture. Unfortunately, sometimes those things happen to people,” Mr. Bernstein said.

The ambassador considered that each country has challenges and opportunities, that in each place there are criminals, violence and anyone can be a victim of crime or can die because of drugs or accidents, so “you have to be careful everywhere.”

The Position of the Press

A recent article in TIME magazine addressed the situation and suggested Americans not to cancel the reservations as the Caribbean nation continues to be a safe destination.

TIME quotes Matthew Bradley, a security expert, former CIA agent and director of Regional Security for “International SOS,” as saying: “It's not a very dangerous place. I would still consider the Dominican Republic a safe place to go.”

With over half a dozen million tourists over the past two years, the Dominican Republic boasts a crime rate of less than two cases per 100,000 people. Experts of the Specialized Body of Tourist Security of the country (CESTUR), comment that the Dominican statistics are the envy of other countries in the region.

Bradley's opinion is confirmed by the results of the annual survey of the Central Bank of the Republic, in which more than 90 percent of tourists in general and especially those from the United States and Canada, for example, say they will come back to the Dominican Republic to spend their vacations again.

Tourists from around the World Assess the Dominican Republic

The Central Bank of the Republic continuously applies a survey 2 or 3 days a week in a bid to know the opinion, attitude and motivation of tourists at airports at the time of their departure. In 2018, as many as 12,469 people were interviewed.

A staggering 96 percent of tourists polled in the annual opinion survey said that their travel expectations had been met.

Last year, the hospitality of the Dominicans and the country’s safety encouraged 22 percent of the visits. According to the poll, the main attractions were the quality of the beaches (35 percent) and the climate (18 percent).

How North Americans Assess Travel in the Dominican Republic

Some 18 percent of Americans said they had come to the island nation for the hospitality of Dominicans and the tranquility of the country.

More than 96 percent of Americans said that their travel experience in the Dominican Republic had been great. In the case of Canadians, 99 percent are satisfied.