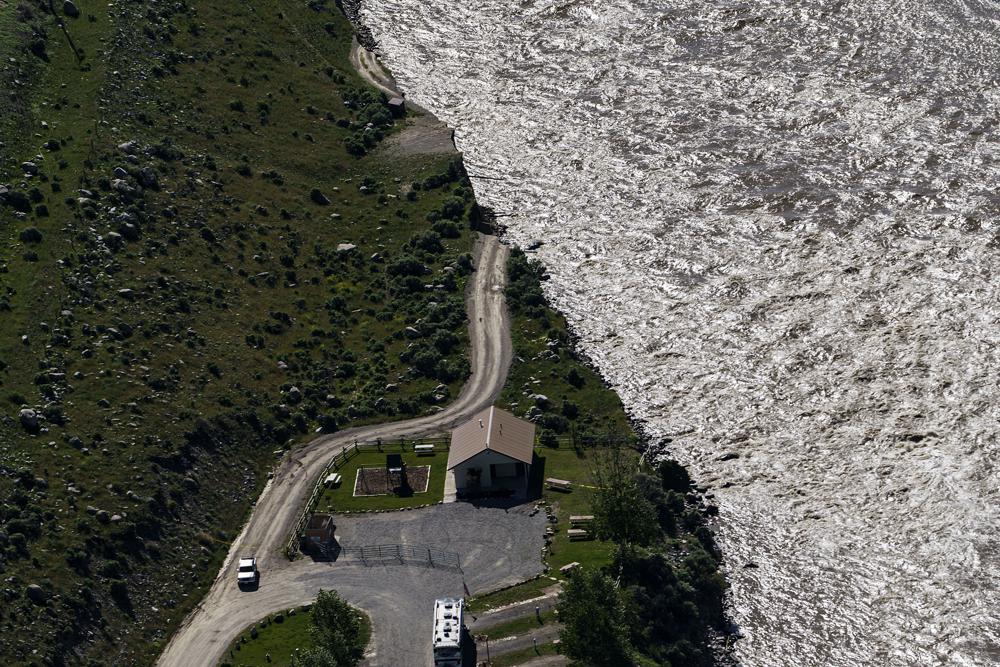 (AP) - Red Lodge, a gateway town to Yellowstone National Park, has become a dead end, a casualty of the severe flooding that tore through one of America’s most beloved natural attractions and swept away roads, bridges and homes.

The unprecedented flood has closed the entire park and forced the evacuation of 10,000 visitors. And towns like Red Lodge that lead to Yellowstone’s northern entrances and rely on tourists passing through could suffer all summer.

Officials have said the park’s southern part, which features Old Faithful, could reopen as soon as next week. But the north end, which includes Tower Fall and the bears and wolves of Lamar Valley, could stay closed for months after sections of major roads inside Yellowstone were washed away or buried in rockfall. Roads leading to the park also have widespread damage that could take months to repair.

Red Lodge is facing a double disaster: It will have to clean up the damage done by the deluge to parts of town and also figure out how to survive without the summer business that normally sustains it for the rest of the year.

At least 88 people were rescued by the Montana National Guard over the past few days from campsites and small towns, and hundreds of homes, including nearly 150 in Red Lodge, were damaged by muddy waters.

One large house that was home to six park employees in the town of Gardiner was ripped from its foundation and floated 5 miles (8 kilometers) downstream before sinking.

Four to five homes could still topple into the Stillwater River, which already washed several cabins away, according to a spokeswoman for Stillwater County.

Red Lodge was under a boil-water advisory, and trucks supplied drinking water to half of the town that was without it. Portable toilets were strategically placed for those who couldn’t flush at home.