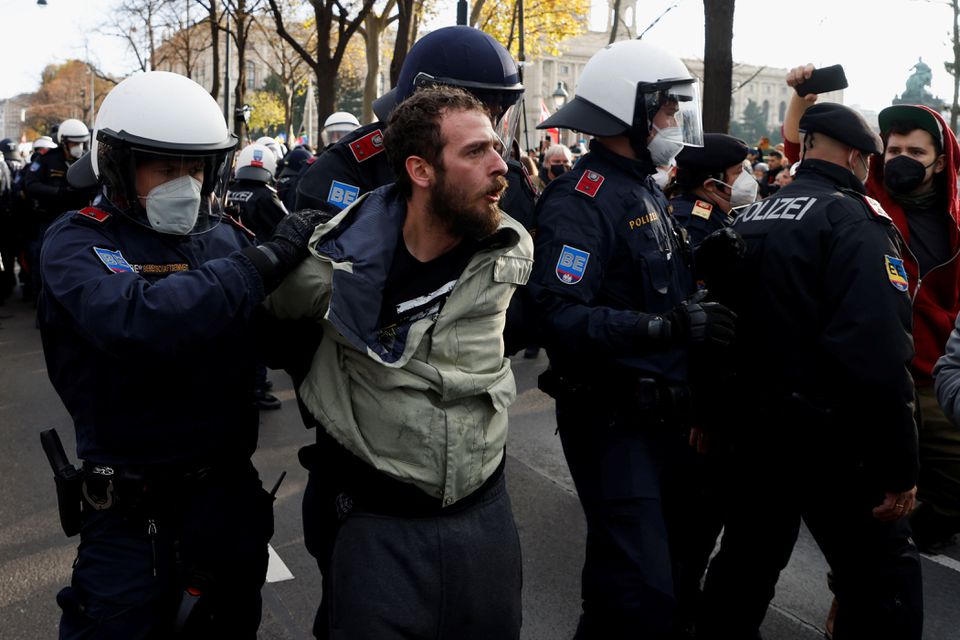 (Reuters) - Tens of thousands of people, many of them far-right supporters, protested in Vienna this weekend against coronavirus restrictions a day after Austria's government announced a new lockdown and said vaccines would be made compulsory next year.

Whistling, blowing horns and banging drums, crowds streamed into Heroes' Square in front of the Hofburg, the former imperial palace in central Vienna, in the early afternoon, one of several protest locations.

Many demonstrators waved Austrian flags and carried signs with slogans such as "no to vaccination", "enough is enough" or "down with the fascist dictatorship".

By mid-afternoon the crowds had swelled to roughly 35,000 people, according to the police, and were marching down Vienna's inner ring road before heading back towards the Hofburg. 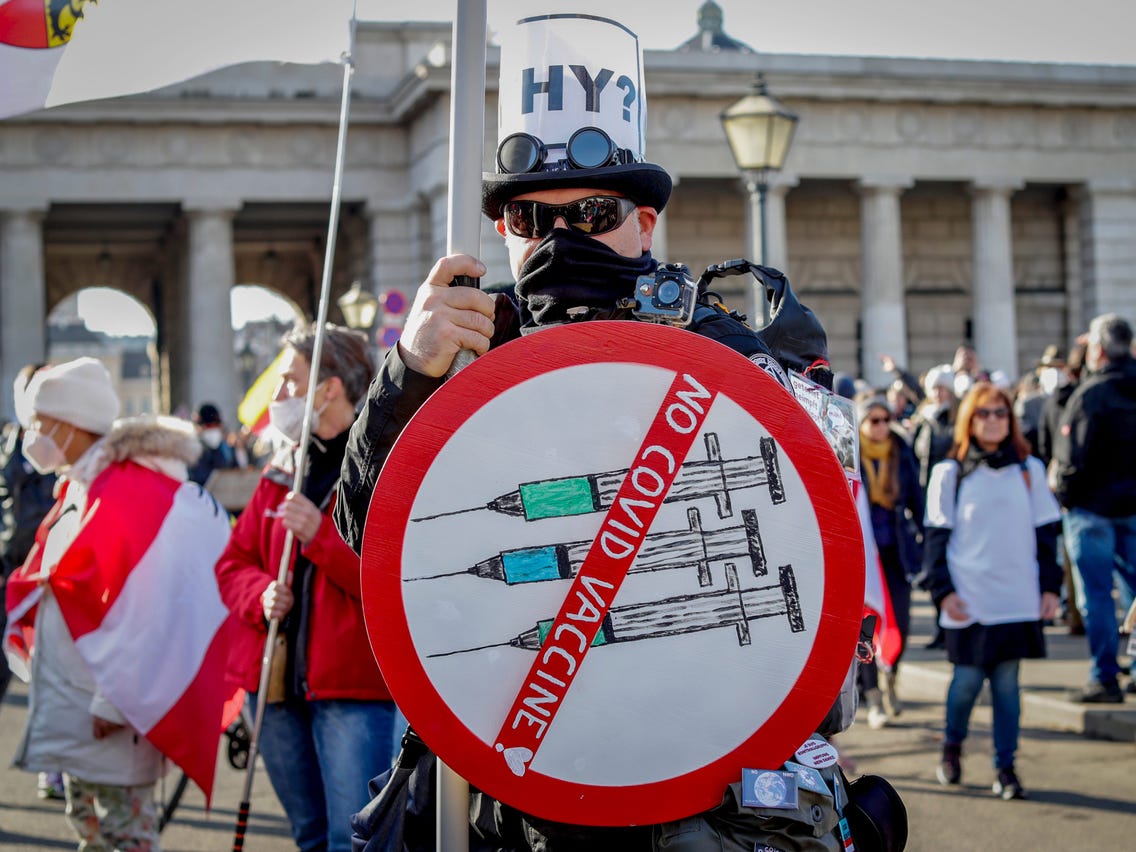 A police spokesman said there had been fewer than 10 arrests, for breaches of coronavirus restrictions and the ban on Nazi symbols.

Roughly 66% of Austria's population is fully vaccinated against COVID-19, one of the lowest rates in western Europe. Many Austrians are sceptical about vaccines, a view encouraged by the far-right Freedom Party, the third-biggest in parliament.

With daily infections still setting records even after a lockdown was imposed on the unvaccinated this week, the government said on Friday it would reintroduce a lockdown on Monday and make it compulsory to get vaccinated as of Feb. 1. 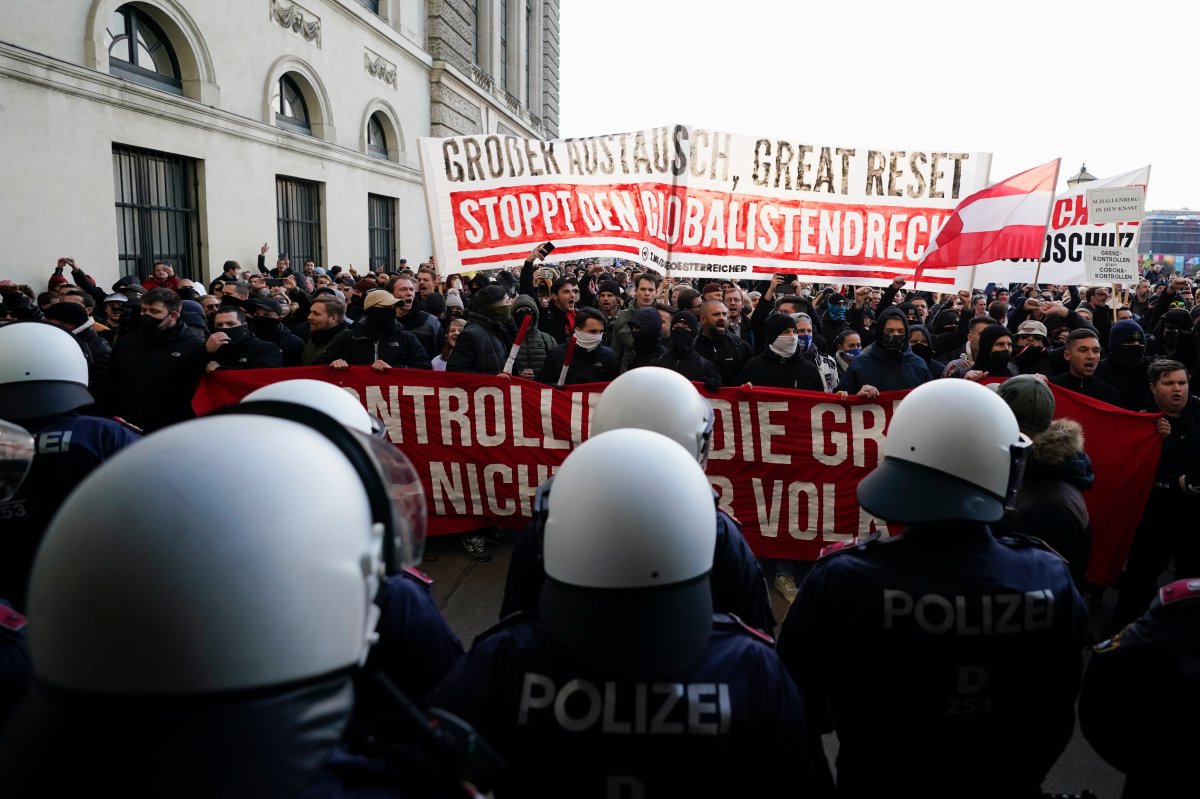