Val Senales: Ötzi’s 30th Birthday and the Magic of a Hidden Valley 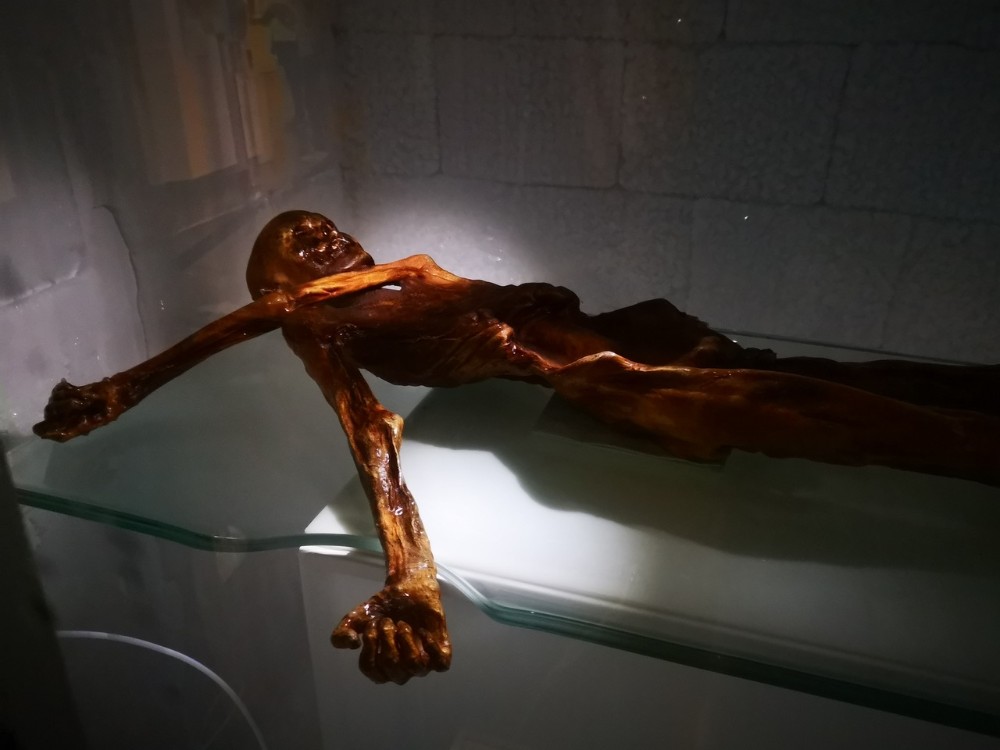 It had never happened to me. An invitation to the birthday celebration of a "man" who turns 5330 years old! Yes, that's right, Ötzi, the Similaun mummy, celebrates 30 years since the discovery on the Val Senales glacier, in Sued Tirol.

It is an incredible story that gave us back, after about 53 centuries, what remains of a human who lived in the Neolithic, who died on a walkway that connected what today is the Otzertal, near Innsbruck and the Ötztal Alps.

A track that was used for the first transhumances, from the current Maso Corto to Vent in Austria. A story full of charm, that of transhumance, which today even received the status of Intangible Heritage of Humanity (2019).

It is a story reconstructed through years of research and deductions. Ötzi, who died at the apparent age of 46, much older than the average life then, 30/35, killed, it was later discovered, by an arrow stuck underneath. the left collarbone, the tip of which is still there, which had severed an artery.

The amazing thing is that for a series of coincidences the body was returned to us "intact", because it was protected by a hollow in the ground. The glaciers, with their movements, grind everything they hold, so much that it is very rare to find intact finds.

“At the time, the importance of this discovery was not understood, says Oliver Peschel, in charge of the conservation of the mummy, and Andreas Putzer in charge of the excavations in Val Senales - in fact it was also treated with little attention. Initially it was thought that it could be a mountaineer who recently passed away and, during the recovery, without particularly conservative measures, parts of the body such as the external tissues, left femur and genitals, were seriously damaged  as well as some equipment. The mummy was sent to Wien where it received the first conservative attention and, from there, Ötzi began to give us a series of information such that, together with other finds belonging to him, he even made us backdate the Copper Age by about a millennium, in this area.” 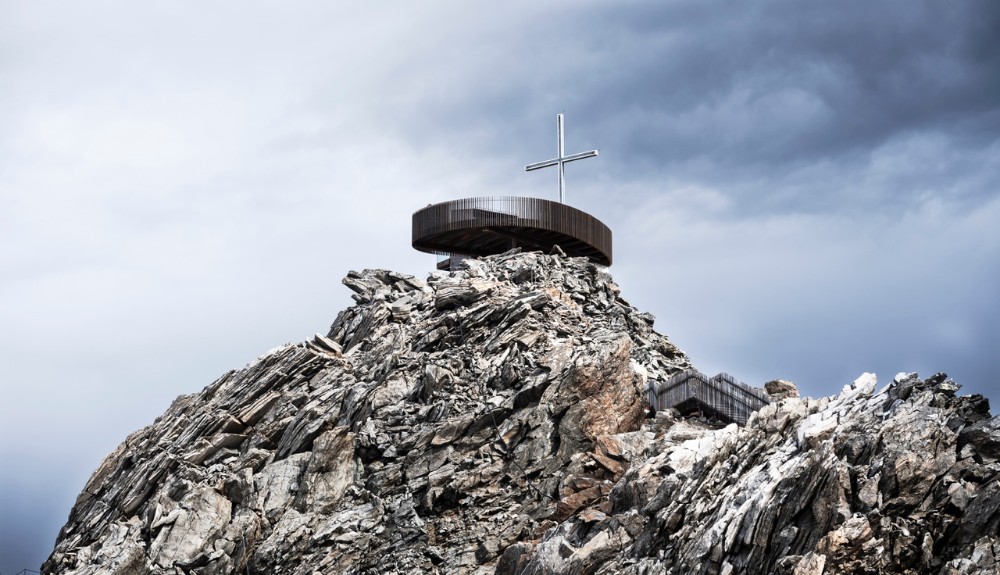 Ötzi, was accidentally found, returned from the melting of the glacier, by a German couple Erica and Helmut Simon from Nuremberg, on 19 September 1991 during an excursion to the Hauslabjoch. After some time it was established that the place where he rested, for just over 90 meters, was in Italian territory and, for this reason, the mummy was returned to Italy.

Today it can be admired in the South Tyrolean Archaeological Museum in Bolzano, kept in a cold room, with an entire floor dedicated to it. The body is stored in a room with about 99.6% humidity at −6 ° and, every two months, a specialized doctor sprays distilled water on the mummy, which forms a protective patina and returns 0.4 ~ 0.5 % moisture missing from dry tissues.

“He is a pride of the Val Senales, a forerunner, an illustrious" fellow citizen "- says another living symbol of this small valley, mountain climber Reinhold Messner, very active in promoting the place elected to his home, a mountaineer who does not need to be introduced - and it would be nice to be able to bring him back here. The valley is establishing itself from the tourist point of view as a slow food presidium, attentive to a sustainability that I have been preaching for years, based on respect for the territory and inhabitants, be they animals, plants or humans.”

And this trend seems to be widespread in the valley not far from Merano and Naturno, which is reinventing itself after the glacier no longer has the specific attraction it once had to tourism, pre-season training athletes and summer skiers.

Returning to the fascinating and mysterious story of Ötzi, he died in that place probably trying to escape from the hostiles who pursued him. The DNA test told us that his race is now extinct while a genetic mapping gives the mummy an affinity with the current Corsican and Sardinian peoples, belonging to the "0" blood group and many other interesting scientific news. For example, it is thought that Ötzi was believed to be a shepherd who sometimes took the herd to pasture during seasonal movements, testifying to the tradition of transhumance, still well rooted today. But like all theories there is someone against and he believes that Ötzi cannot be considered a shepherd, but a member of a "noble" class, given his rich set of very precious clothes and tools.

“Here in Val Senales - says the president of the tourist consortium Walter Zerpelloni - we have rebuilt the Archeopark-Museum Val Senales, an interactive museum that illustrates the numerous scientific deductions obtained thanks to the discovery and reconstructs the environment in which Ötzi lived. And we will approach, through the summer to September 19, with many events in honor of him to get to his birthday. Which should coincide with the days of transhumance, another very important characteristic event of our valley.”

For those wishing to go up with the lifts of the Alpin Arena Schnals (Val Senales glacier cable cars), a six-minute ride will take you to the Grawand station where the hotel of the same name is located, the highest in Europe. 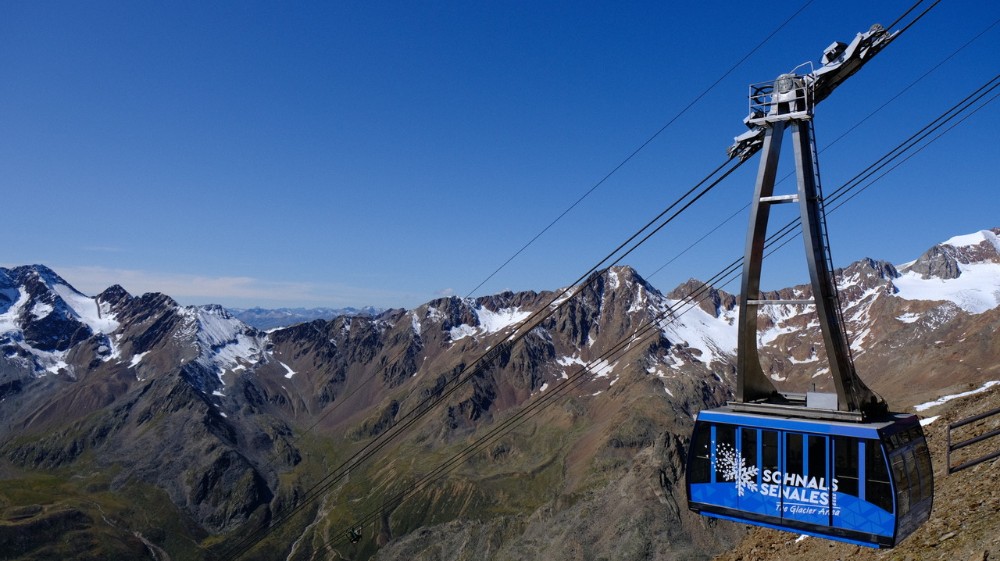 Here you can walk towards the platform at 3251 meters, from which you can see the exact spot that sheltered Ötzi until it was found; or admire the permanent installation by Olafur Eliasson, Our Glacial Perspectives, a work articulated on a path that runs along the crest of Mount Grawand, for 410 meters, overlooking the Hochjochferner glacier.

The concept of the work is an optical device that invites the viewer to reflect on the environmental theme. The installation was in fact commissioned by the Talking Water Society, a foundation that focuses on the most important resource on planet Earth: water.

And it is from here that you can wish Ötzi a happy birthday!