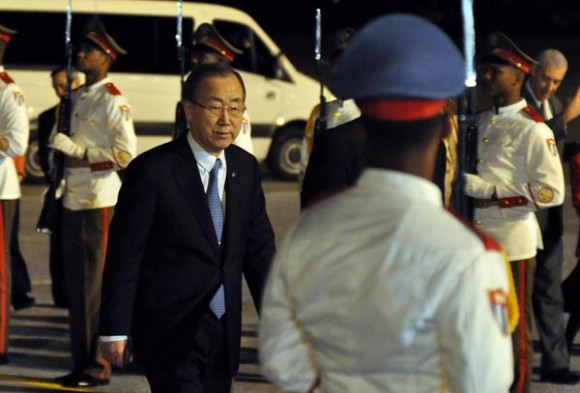 U.N. Secretary-General Ban Ki-moon arrived early Monday in the Cuban capital to attend an upcoming summit of the Latin American and Caribbean Community of States (CELAC).

Ban said he would like to hear from Latin American and Caribbean leaders during the meeting slated for Tuesday and Wednesday, and hold talks with Cuban President Raul Castro as well as other senior officials, Cuba's state-run National Information Agency reported.

The last U.N. secretary-general to visit Cuba was Kofi Annan in 2006 for a summit of the Non-Aligned Movement.

CELAC, founded in February 2010 with 33 member countries of roughly 600 million people, seeks to deepen political, economic, social and cultural integration in Latin America and the Caribbean.