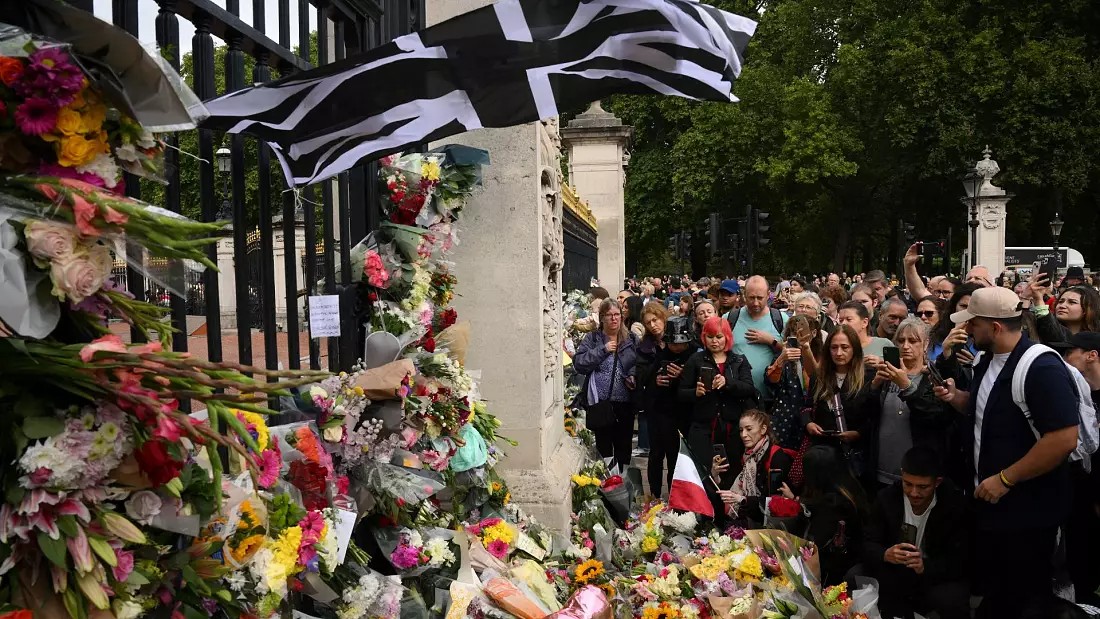 The United Kingdom has entered a period of national mourning after the death of Queen Elizabeth II, which is set to last until after her state funeral on Monday, Sept. 19.

While it is a solemn time, her death is expected to spark a surge in people traveling to Britain to pay respects. Crowds already began gathering in front of Buckingham Palace Thursday evening.

Plans for Queen Elizabeth’s death, known as Operation London Bridge, have been in place for decades. Bells across the country tolled around midday Friday, and artillery units paid tribute with a 96-gun salute, one round for each year of her life. King Charles III returned to London to his first address as monarch and was officially proclaimed king on Saturday.

The queen’s coffin will be transported from Balmoral to Edinburgh, the Scottish capital, on Sunday, the palace announced.On Tuesday, it will be flown to London.

From Thursday 15 September, The Queen will lie in state for four full days, until the morning of Monday 19 September. It will be mounted atop a raised platform in Westminster Hall. Details on how the public can file past are still to be released. But expect long queues - many mourners lined up for hours to catch a glimpse of the Queen Mother’s coffin in 2002.

The funeral will be held in Westminster Abbey. It is a huge church close to Westminster tube station, and it’s where the Queen married Prince Philip in 1947, and was crowned in 1953. The funeral will start at 11am. At midday the UK will observe a two-minute silence.

Before the event, there will be a short procession between Westminster Hall and Westminster Abbey. The service itself will be closed to the public; just 2,000 dignitaries and notables will be invited, including senior UK politicians and heads of state from around the world.

After the one-hour funeral service in Westminster Abbey, another procession will take her to Wellington Arch, where The Queen will then be transported to St. George’s Chapel in Windsor Castle to be laid to rest.

The large ceremonial procession will contain members of the royal family and hundreds of soldiers. To be part of the crowd, head to the Mall - the large avenue stretching up to Buckingham Palace. The nearest tube stations are Hyde Park Corner, Charing Cross, St James' Park, and Green Park.

The processions in London — from Buckingham Palace to Westminster Hall for the queen to lie in state, from Westminster Hall to the Abbey for her funeral, and from the Abbey to Wellington Arch — are expected to be major public events. Flowers can be left at designated locations outside the Royal Residences, including at a memorial flower garden in Green Park in London.

The Royal Residences closed upon the queen’s death and will remain closed until after her funeral. This includes Buckingham Palace, Windsor Castle, the Palace of Holyroodhouse and Queen’s Gallery in Edinburgh, and Hillsborough Castle in Northern Ireland.