UNWTO, Grupo Xcaret Partner for the Sake of Sustainable Tourism 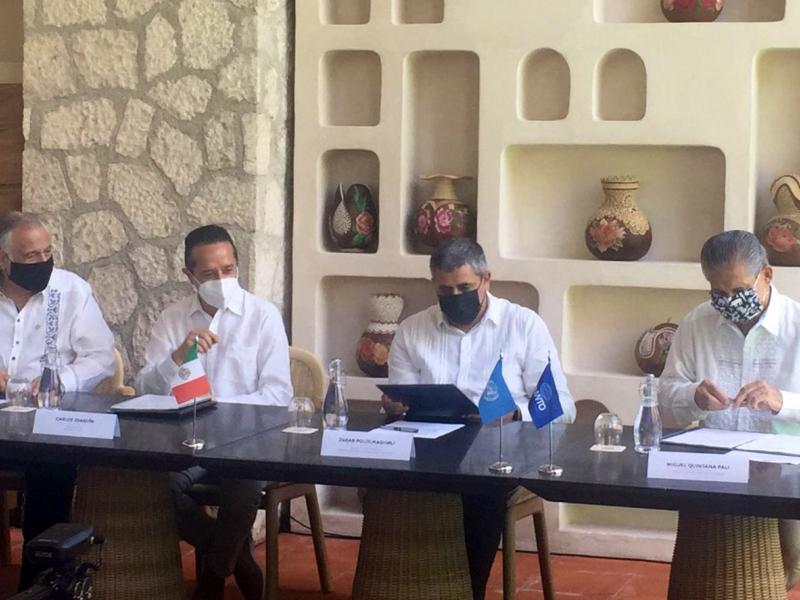 A new agreement between the World Tourism Organization (UNWTO) and Grupo Xcaret shows how public-private partnerships can promote destinations and rural environments through tourism.

Extension of the collaboration between UNWTO and the Grupo Xcaret has coincided with the opening of the new Hotel Xcaret Arte, an important investment that reveals the confidence of the Grupo Xcaret in the sustainable recovery of tourism. It is also taking shape in the context of the International Year of Creative Economy for Sustainable Development declared by the United Nations.

The agreement covers increased collaboration by UNWTO with one of its most active affiliate members in the promotion of sustainable tourism and of social responsibility in the private sector towards the conservation and promotion of natural and cultural heritage through tourism.

The agreement was confirmed in the framework of the recent first official visit by the UNWTO Secretary General, Zurab Pololikashvili, to Mexico, during which he met President Andrés Manuel López Obrador and the Secretary for Tourism, Miguel Torruco.

Such shared goals mark the relationship between Grupo Xcaret and UNWTO since the group joined the Organisation as an Affiliate Member in 2004, the year after UNWTO became a specialized United Nations agency. 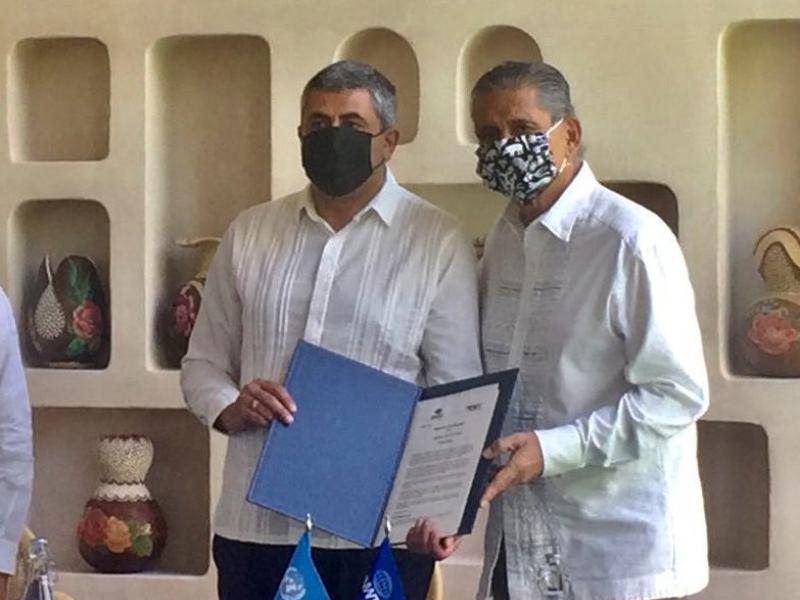 Tourism in Quintana Roo has proved to be an example of efficient public-private collaboration in tourism, whose benefits reach beyond the tourism sector.

“This agreement is an important step in the continued expansion of our collaboration for better, more sustainable and creative tourism”, said Secretary General Pololikashvili, who stressed the support it will provide for the destination and its culture and the impetus it will bring to rural development.

“This agreement”,  according to architect Miguel Quintana, “reaffirms our commitment as a sustainable, 100% Mexican enterprise whose business model is based on ethics, respect for human dignity and a commitment to biodiversity and the creation of shared value in the communities in which we operate.”

The ceremony for the signing of the agreement by the Secretary General of UNWTO, Zurab Pololikashvili, and by architect Miguel Quintana Pali, President and Director General of Grupo XCaret, was held in the presence of witnesses of honour, the Mexican Secretary of Tourism Miguel Torruco and the Governor of the State of Quintana Roo, Carlos Joaquín González.