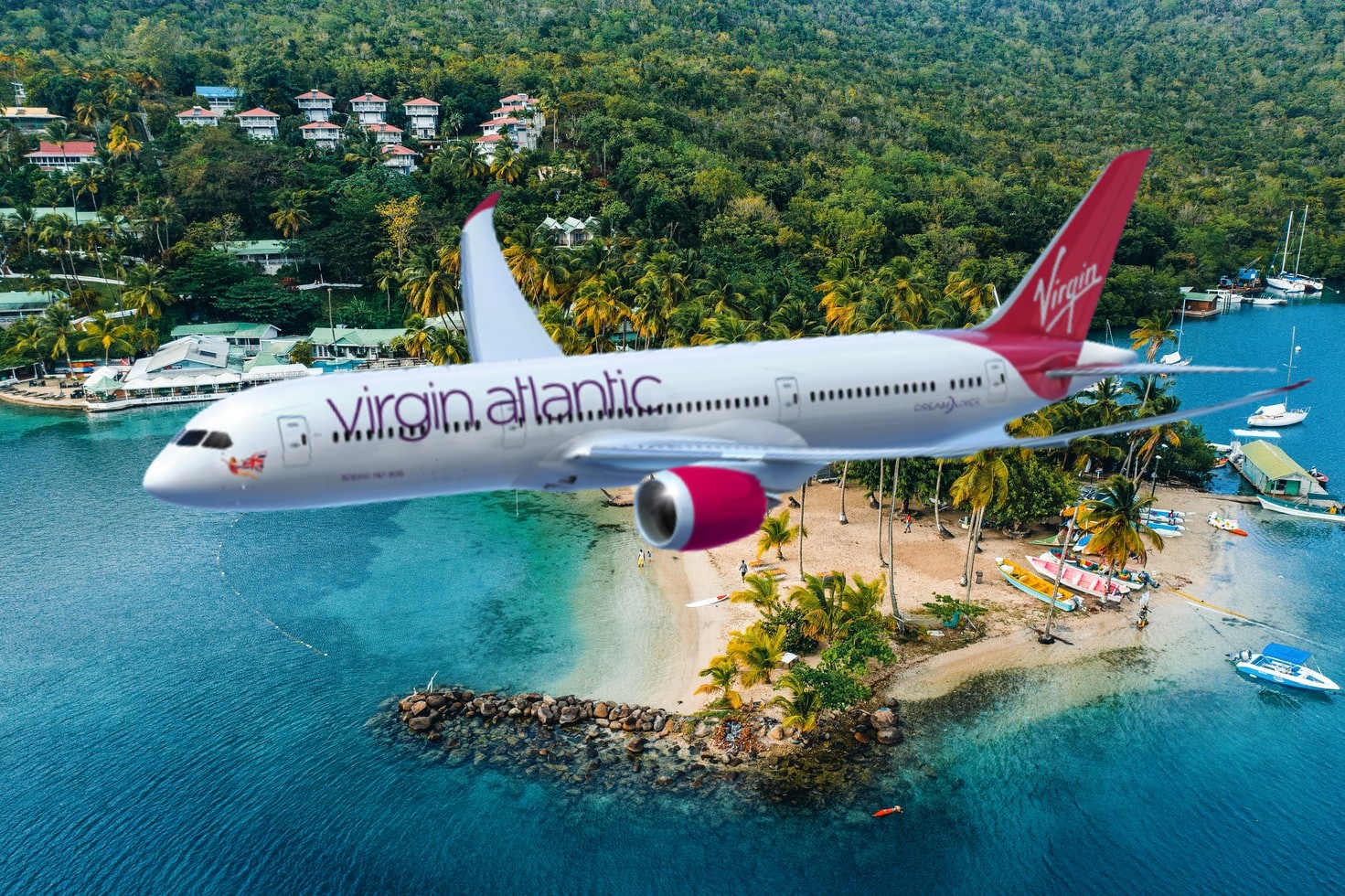 The Caribbean island of Saint Lucia has celebrated the return of Virgin Atlantic as the first flight arrived at Hewanorra Airport.

VS221 landed to a warm welcome from the Saint Lucian government, represented by the minister for tourism, Ernest Hilaire. The airline first started flying to Saint Lucia in 1999.

Following an 18-month break, the service is back with three weekly direct flights from London Heathrow. Hilaire presented the captain and crew with a commemorative plaque.

This takes direct flights from the UK up to 11 per week. This summer, new non-stop flights were introduced from the United States, adding a service from Dallas and tripling direct services from the New York area.

A weekly Sunday service via Air Canada started again on October 3rd, with added flights throughout the season. Also serving Canada is WestJet.

Investment in UK marketing steps up this winter with trade and consumer advertising planned for the end of December with a new winter campaign called ‘Let Her In’ beginning December 26th to mid-February.