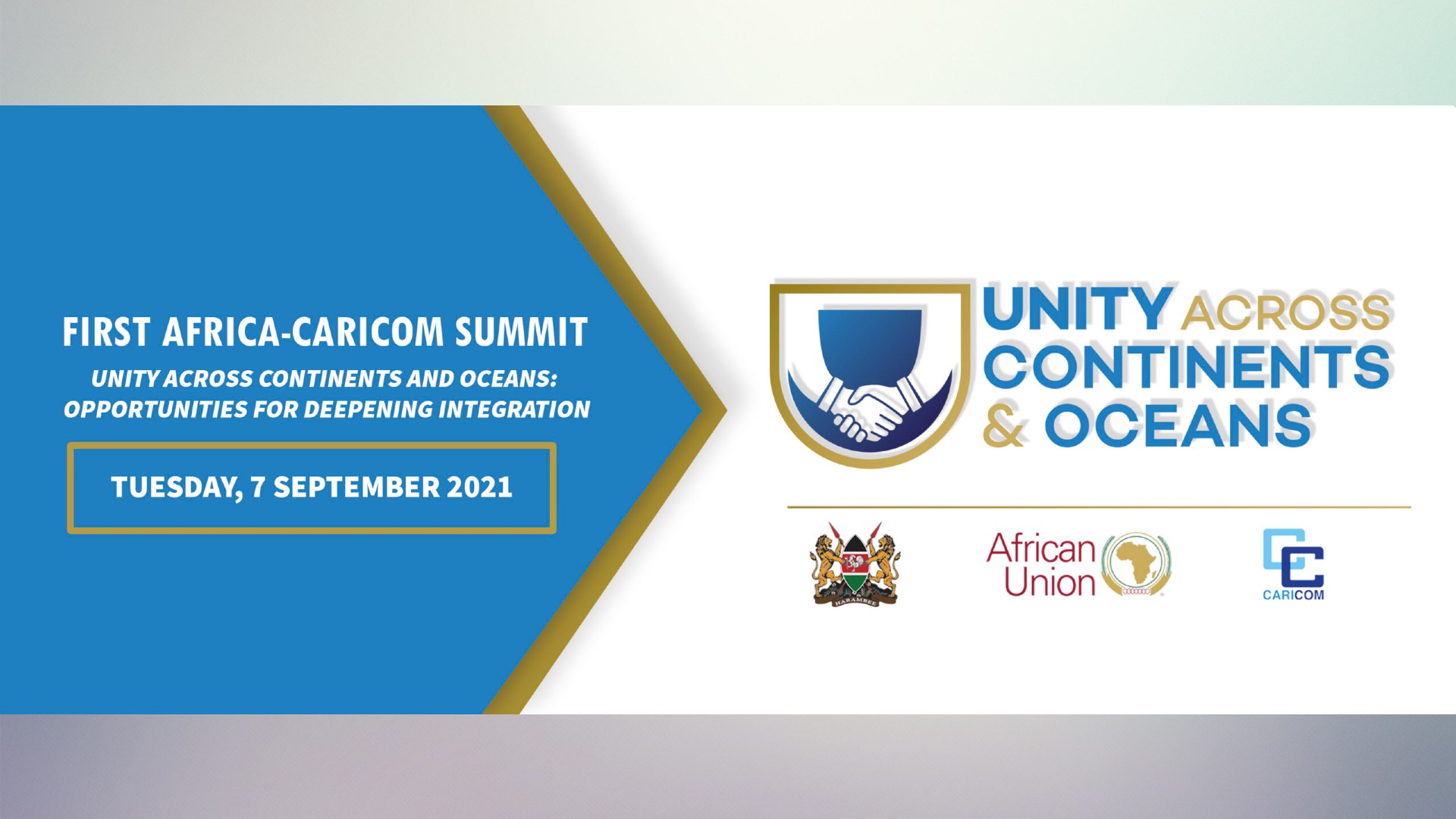 History was made on September 7th 2021, when the inaugural CARICOM-Africa Summit was held virtually under the theme 'Unity Across Continents and Oceans: Opportunities for Deepening Integration'.

The meeting, which was delayed a year due to the pandemic, aimed at 'Promoting closer collaboration between Africa Diaspora, People of African Descent and the Caribbean and Pacific region and institutions.'

"Colleagues, we have it within our power to demand change in the international system and to fight for it and to make it happen. But only if we act harmoniously," said President Kenyatta. "We are a population of approximately 1.4 billion people, with great natural and wealth-creating resources including oil, gas, agriculture, minerals, forestry, tourism, fisheries and much more."

Dominica's Prime Minister, Dr Roosevelt Skerrit, said urgent progress was needed on all that was discussed, and his island nation stood ready to play its part. He shared the excitement and expectations across the Caribbean and Africa for closer cooperation and contact between the continent and the region – and supported the call for an annual summit.

In recent years, many African nationals from Nigeria, Kenya, South Africa and more have opted for dual nationality through the Citizenship by Investment (CBI) Programmes offered by several Caribbean nations like Dominica and St Kitts and Nevis. These programmes permit individuals to contribute to a nation's economy and gain additional travel rights, something African passports lack.

"The Caribbean CBI route allows African communities to build and grow their business and investments internationally, and it makes families feel a part of a region that they share a cultural heritage with," says Micha Emmett, who is a South African dual-qualified lawyer and the CEO of a London headquartered citizenship advisory. "With ties strengthening between Africa and the Caribbean region, we can only expect more persons to partake in this initiative that is a win-win for both sides," she added.

Meanwhile, CARICOM Secretary-General Dr Carla Barnett said the cycle of history has brought the Caribbean and Africa into a new union "that is freely entered into." "As we seek to rebuild our economies… we must become alive for the opportunities for investment," she added.