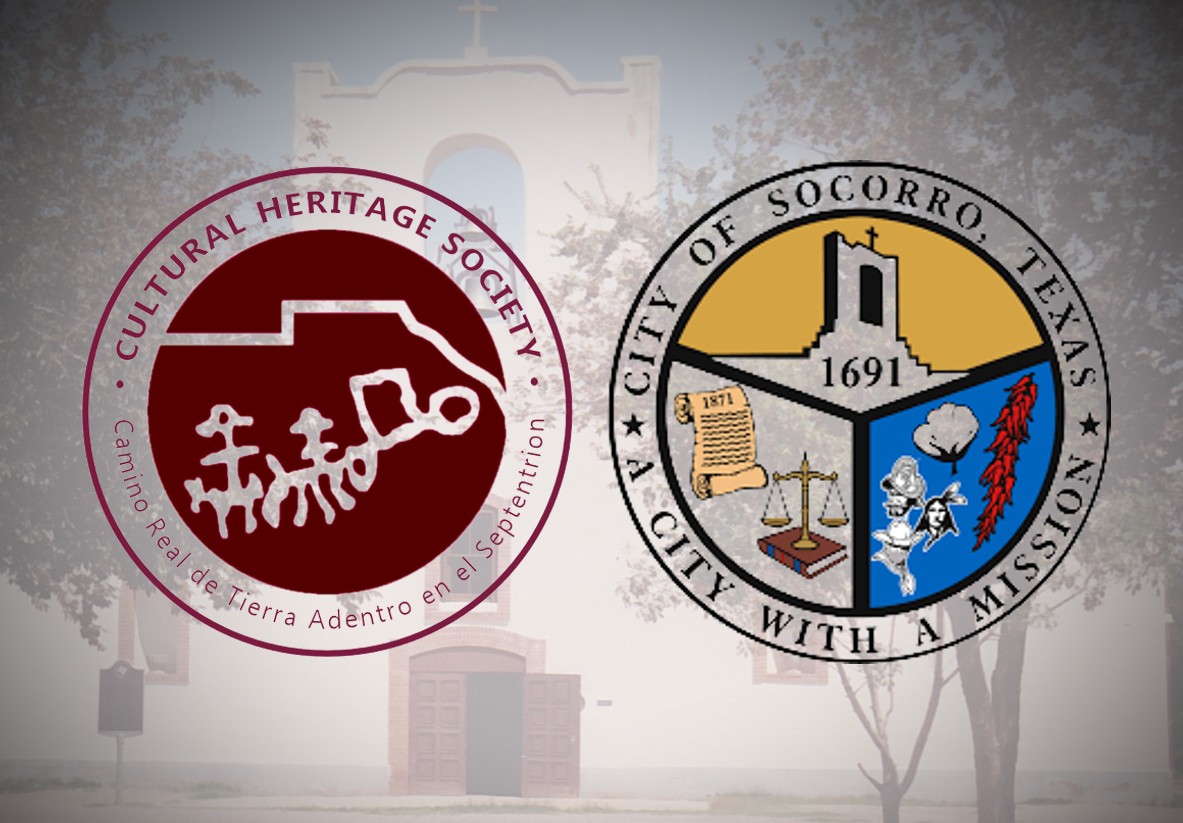 The Cultural Heritage Society is proud to bring awareness to the History, Heritage, and Culture to the region through the Camino Real de Tierra Adentro Sister City Project. During the event the cities of Socorro and San Elizario will become Sister Cities with ten municipalities from the states of Chihuahua and Durango. The ceremonies will take place in both Socorro and San Elizario on Saturday. The City of Socorro will start with a tree planting ceremony for each of the 10 cities. The Sister City Project will grow to 19 participating cities in the USA and Mexico.

Join us on September 8th in Ciudad Juarez, Mexico for the first day which is hosted by the National Institute of Anthropology and History of Mexico. Followed by two days in Socorro, Texas at the Rio Vista Farm Complex, which has been nominated as a National Historic Landmark.

Learn about the Gastronomy of the Camino Real, the Tribes, Traditions, Tourism, Culture, and History. The Free Event will feature live music and entertainment, food, fun and more! Check out the booths

from the visiting cities and lots of vendors.