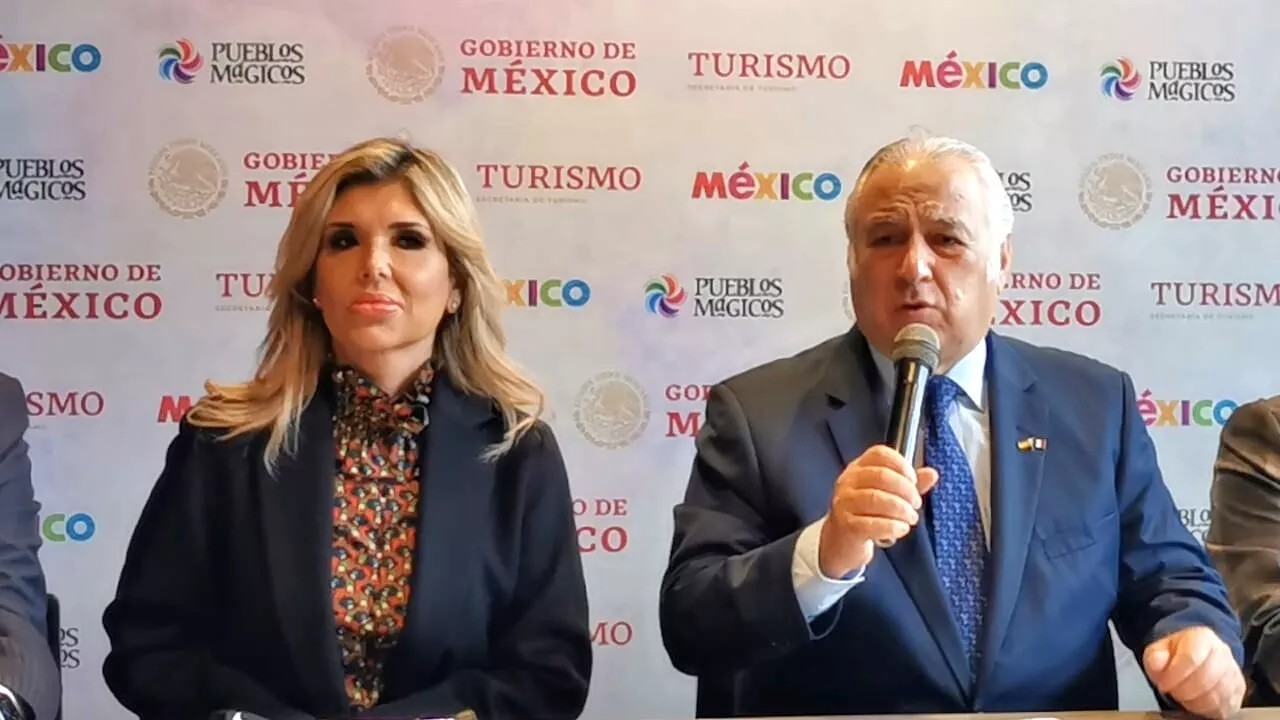 The Secretary of Tourism of the Government of Mexico, Miguel Torruco Marqués, and the Mexican Consul in Barcelona, Claudia Pavlovich, accompanied by state tourism secretaries, presented the First International Tianguis of Magical Towns to be held in this city from April 22 to 24.

The head of the Ministry of Tourism (Sectur) announced the details of this event that aims to promote the 132 Magical Towns as the new tourist face of Mexico.

He pointed out that this event will be held at the Barcelona International Convention Center (CCIB), a venue inaugurated in 2004, which today is a European benchmark for large-scale events, and which has a privileged location in the technological and business district of this metropolis.

The First International Magic Towns Tianguis will be an event open to the public free of charge, with the participation of authorities, diplomatic corps, special guests, as well as tour operators and tourism professionals who will have business meetings with exhibitors.

Torruco Marqués explained that there will be four pavilions, one of which will be gastronomic, with the presence of Mexican chef Rita Sánchez, pioneer and recognized for her Mexican cuisine in Spain.

There will also be the presence of chef David Quevedo, a native of Guanajuato who won the World Spanish Tapas Competition in 2021.

The head of Sectur explained that the business pavilion will have booths equipped with tablets to access the different digital platforms, spaces for companies and a meeting room with a projection screen.

There are 261 exhibitors registered for the First International Magic Towns Tianguis, and so far 469 face-to-face business appointments have been confirmed, and there will also be nine keynote speeches, Torruco Marqués said.