The French chain, founded in 1989 and spreaded in many European and overseas countries, counts on 550 hotels. The path of growth crosses Italy and B&B Hotel Passo Tre Croci, in Cortina d’Ampezzo, represents the 43rd property in Italy.

“Our company is certainly fast growing and, in spite of the pandemic, we keep investing and creating new hotels around the world,” said Duchini, with a past in the F&B sector, and COO and CFO in the company. “Right now we reached a great 43rd goal in Italy, B&B Hotel Passo Tre Croci, in the core of the wonderful Dolomites, right outside Cortina d’Ampezzo known as well as the Queen of Dolomites. We bought this 124-room building, standing at 1805 mt. of height, from bankruptcy after 20 and more years being a rundown and unused structure.”

The powerful building dates back to 1893. It was a kind of landmark, base for the excursions to reach, among other fairy tales places, the Sorapìs lake, well known for the pure turquoise color of its waters right between Cristallo mountain on the north side, Sorapiss on the south. The pass links Boite valley to Cortina and Misurina, Auronzo di Cadore and the Ansiei valley.

Coming back to the company, whose main stock partner is Goldman Sachs trading bank, the pandemic slowed down the path a bit, but the growth keeps going.

50 hotels are supposed to be added to the international portfolio, including eight or nine in Italy, with the aim to reach 600 within the year.

“We work locally to add some more hotels, as Bolzano, which opening is supposed to be in march, Brescia and other following in the second half of the year,” added Duchini. “And on the other hand, we were very lucky to bid on and get this structure in Cortina because we finalized the acquisition just one month before the Winter Olympics 2026 were assigned to Cortina (and Milan). It means we have a 4-year span of great business time ahead of us. We soft-opened it right before the recent World Championship, testing this peculiar hotel hosting six national teams. The hotel has been completely refurbished, just leaving the skeleton, but rebuilding all the inside. B&B Hotels lands in an exclusive venue previously manned mainly by luxury hotels and family hotels, bringing its idea of ​​hospitality, which provides comfort and smart services at competitive prices, in line with the Group's concept: ‘Only for everyone’.”

The “renewed” hotel rises from the historic landmark building dating back 1893, whose ownership decided to close in 2002. Thereafter some legal dispute brought the issue to the bankruptcy court.

“We thank the municipality and the Hotel Association, major Giampiero Ghedina because they eased our work in an unbelievable way,” adds Duchini. Cortina is a venue known for the events, lifestyle, an icon for the Dolomites, and we are proud to be part of it now.”

124 rooms, 7.000 square meters of surface, nestled in the original perimetral walls, reinforced and rebuilt on the inside. The hotel is near to the little church with the 3 crosses, dedicated to the death of a mother with two sons, in ancient times, that gave name to the pass.

“The project is totally new in every space of the resort, using a contemporary style,” says Duchini. 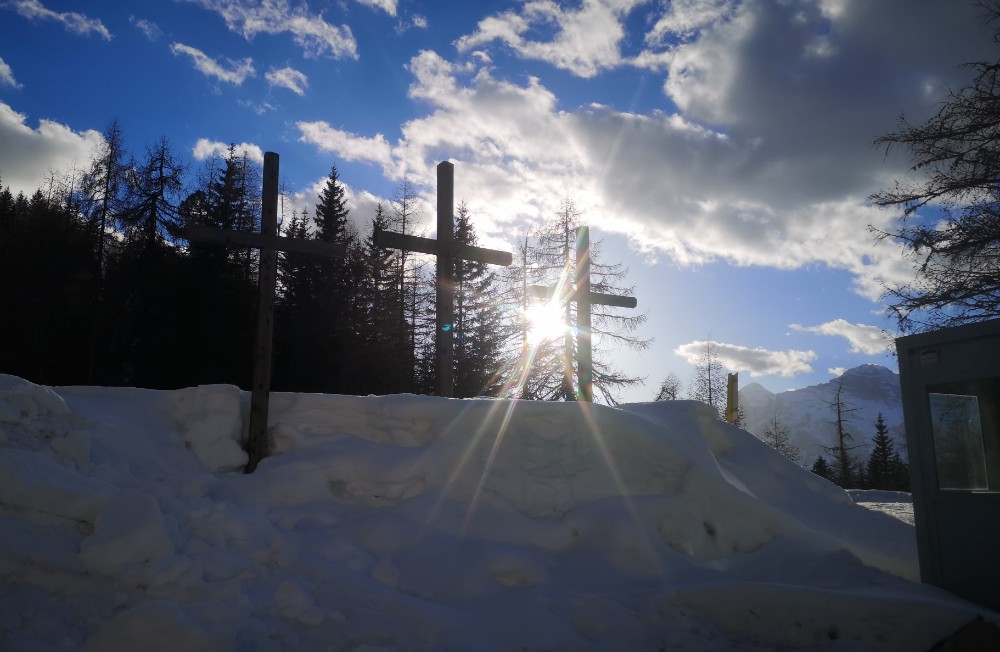 The environment is characterized by large double-height spaces, vaulted or wooden ceilings, and large windows that frame high-impact landscapes with Dolomite views. For the interior, materials from sustainable sources were used that creatively translate and interpret the place that houses the structure.

The hotel suits the desire of families, sport people, bikers and only one of the three in the Italian portfolio, offers a Bistrot and a restaurant within the hotel.

The group created in France in 1989 had an exponential growth that in 2019 brought a turnover of around 632 million euros globally with a growth rate of + 14% compared to 2018.

B&B Hotels' growth strategy includes a tight expansion plan with several new openings in Germany, Switzerland, Belgium, Holland, Bulgaria, Portugal, Slovenia and Italy. The company is also implementing its development plan in South America: after the first opening of a B&B Hotel in Sao Jose dos Campos - third city of the State of Sao Paulo, in 2019 B&B Hotels opened two new hotels in Rio de Janeiro and St. Paul. The goal is to achieve an international portfolio of over 650 hotels, or more than 60,000 rooms, with a distribution of the expected growth of 1/3 in France, 1/3 in Germany and 1/3 in the rest of the world, including Italy.

Next Italian opening will be Bolzano, then Brescia, and half a dozen more in the second part of the year. 2021 will also be the year of expansion in a new Eastern Europe country.