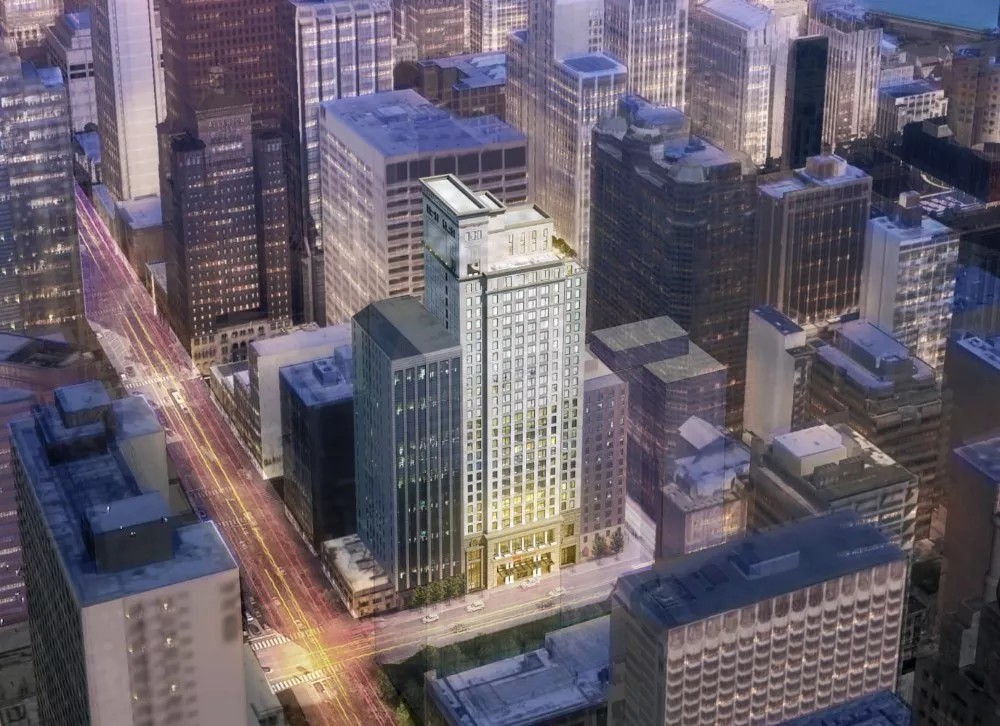 RIU Hotels & Resorts has taken just another step forward in its strategy to expand the Riu Plaza line of urban hotels with the purchase of a site in downtown Chicago.

The new high-rise will house a 28-story, 350-plus-room hotel, with construction set to begin in spring 2022 with an estimated construction duration of two years. Chicago is the third most populous city in the United States and one of its main tourist destinations. Its skyline at the foot of the great Lake Michigan is a world-famous image and the Magnificent Mile shopping area, very close to the future hotel, is comparable to New York's 5th Avenue or Los Angeles' Rodeo Drive.

"We have been working for years to make this opportunity a reality. A location like this, right in the heart of the city, is an investor's dream. That's why I'm so pleased to be able to present this project that has come together despite all the difficulties. Chicago is a great tourist destination that completes and enhances our offer of urban hotels, as well as reinforces RIU's commitment to the United States, where we are about to open our fourth hotel, the Riu Plaza Manhattan Times Square," said Luis Riu, CEO of RIU Hotels & Resorts.

The hotel will be located at 150 East Ontario Street, just a few meters from the Magnificent Mile.

The building of the new RIU hotel, which will have a 4-star category, follows the tradition of the Chicago School, an architectural style that developed in the city in the late 19th and early 20th centuries, which pioneered the introduction of new materials and techniques for the construction of large buildings. In fact, architectural history considers Chicago's Home Insurance Building to be the first skyscraper ever built, consisting of 10 floors and opened in 1885.

The hotel rooms will feature spectacular views of the city. 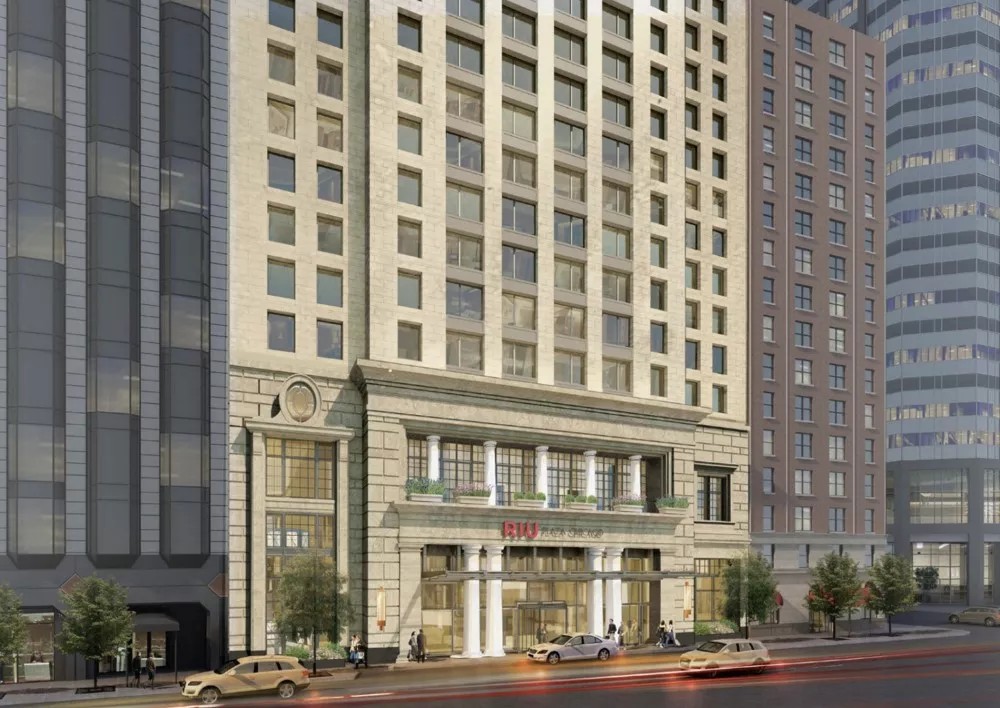 The future Riu Plaza hotel will be located at 150 East Ontario Street, in the Streeterville neighborhood, an area full of commercial and cultural life, very close to the famous Navy Pier and bathed to the south by the Chicago River and to the east by Lake Michigan. It will cater entirely to travelers visiting the city for business or tourism and, like the other hotels in the line, will offer a competitive range of services, including breakfast. Its classic-style façade is complemented by a modern and functional interior with its Sky Bar located on the 26th floor as a differentiating element.

The rooms will be distributed over 25 of the building's 28 floors.

In the coming years, the Riu Plaza brand will also establish itself in Canada and the United Kingdom. In London, RIU has acquired a building next to Victoria Station, where construction work has already begun, to convert it into a 4-star, 435-room hotel that will open in 2023. Meanwhile, in Canada, RIU has chosen Toronto, the fifth largest city in North America, to build the Riu Plaza Toronto, a new hotel with 350 rooms, meeting rooms, gym, bar and restaurant.