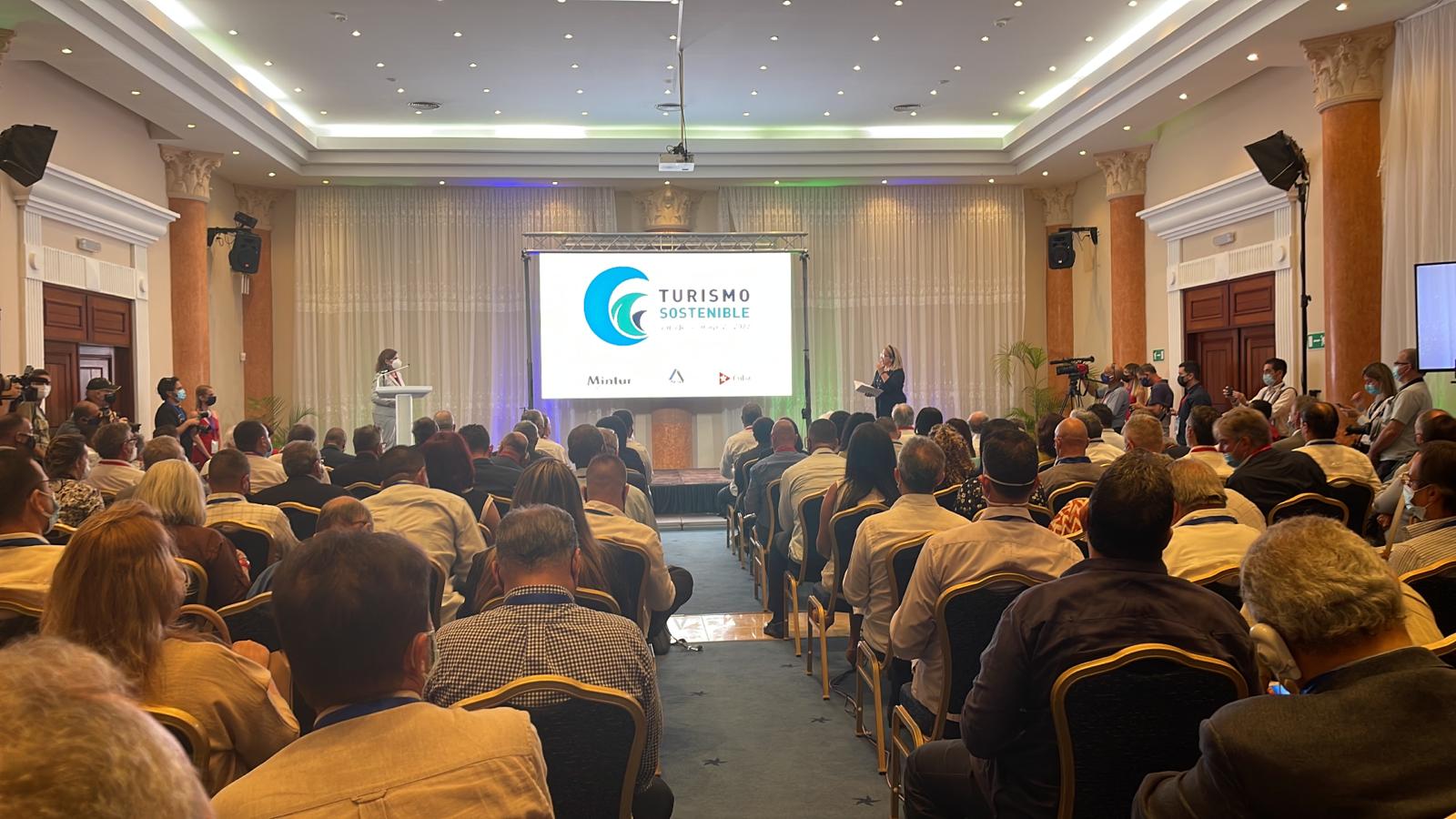 The event was attended by Cuba's Prime Minister, Manuel Marrero Cruz, the Minister of Tourism, Juan Carlos García Granda, among other authorities.

At the beginning of the meeting, Cuba's Minister of Science, Technology and Environment (CITMA), Elba Rosa Pérez Montoya, spoke about the Tarea Vida, a Cuban government program aimed at preserving, recovering and sustaining the environment.

In her remarks, Pérez Montoya said that this is a strategic approach based on adaptation and innovation, to bequeath a better world to new generations.

Among the constructive actions, he stressed that the Task Life includes 12 priorities related to tourism and beach conservation. The Varadero International Hotel, he added, is an example of how work has been done to improve the beach and the environment around it.

Cuba ranks 35th in the world for its biodiversity, added the CITMA Minister, who also commented that solutions must be created based on the conservation potential of biodiversity and its support in the face of climate change.

Among the points highlighted by the head of CITMA were the use of the circular economy to increase efficiency; the promotion of green jobs by hotel chains, such as the generation of biogas, and the elimination of single-use plastics.

Cuba approved the Task Life in 2017, but it has been working intensively to address climate change and ponder sustainable tourism actions since 2014.

In the transition to sustainability, tourism undertakes actions such as the demolition of harmful structures, the increase of shaded areas, the promotion of bioclimatic architecture, alternative transportation and the use of solar panels, among other actions.

In this regard, the Minister commented that for the country the growth of tourism is vital, but from a sustainable perspective.