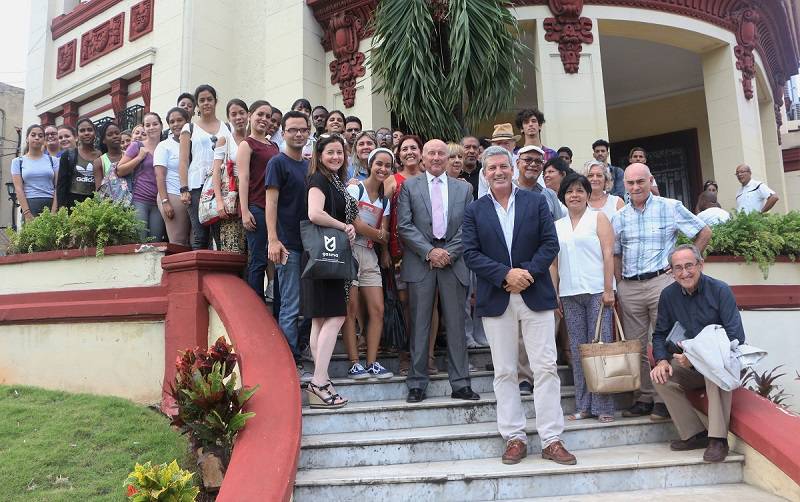 One of the first collateral activities of the IX Excelencias Gourmet Gastronomic Seminar took place Tuesday morning when several of the international guests held a meeting with students and professors at the Faculty of Tourism of the University of Havana.

A first panel of speakers was composed of Alfonso Marín, general secretary of the Ibero-American Academy of Gastronomy; Eva Ballarin, director of Hospitality 4.0 Congress for HIP Madrid, who is also founder and director of Horeca Speakers; Julio Valles, president and founder of the Castellana y Leonesa Academy of Gastronomy and Food; the degree in Chemical Sciences from the University of Barcelona Pere Castells; Javier Sánchez, Director of Institutional Relations at GASMA, and Lala Canella, Director of Marketing and Admissions at GASMA, Gastronomy & Culinary Management Campus.

Mr. Alfonso Marín, Secretary General of the Ibero-American Academy of Gastronomy, thanked the invitation made by Excelencias Group to participate in the meeting at the Faculty of Tourism, which he described as “unique and very profitable for the composition of the participants.”

Afterwards, the audience listened to the panelists talk about about their personal experiences, their respective visions of what tourism should be like and how to enhance it at all levels, their advice and the strengths of the leisure industry in Cuba, specifically in the gastronomic sphere.

Julio Valle, president of the Castile and Leon Academy of Gastronomy in Spain, stressed the importance of cultural tourism as a viable alternative to competition in the travel market. In a masterful way, he induced the students to think of gastronomic tourism as an indispensable element of the cultural niceties a destination has to offer.

At the end of the pleasant meeting, the teachers of the Faculty of Tourism thanked those present for having dedicated part of their time to share with the students of the campus, and congratulated the Excellence Group on such a "wonderful initiative".

A Deluxe Threshold to the Excelencias Seminar 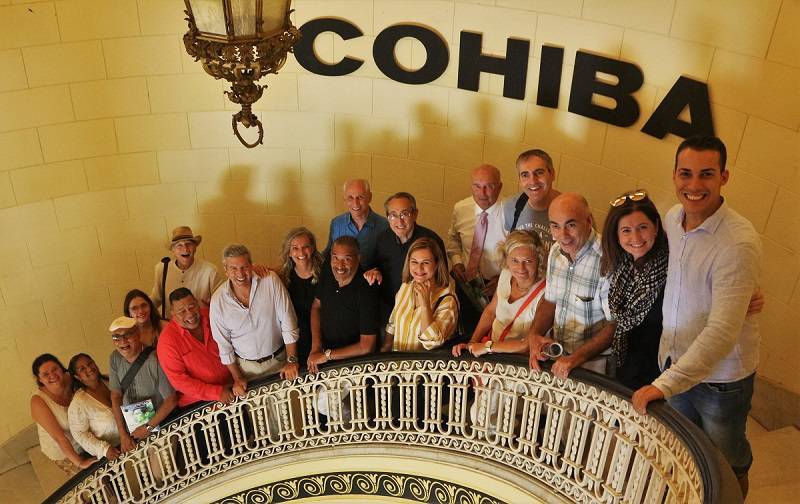 Academics and personalities of international gastronomy attending the IX Excelencias Gourmet Gastronomic Seminar in Havana, visited Tuesday one of the most emblematic places linked to one of the most Cuba: the Habanos factory “El Laguito” in the Cuban capital.

The place where the iconic Cohiba brand are made, nestled in one of the most exclusive neighborhoods in Havana, welcomed the large group of guests who attend the gastronomic event organized by the Excelencias Group.

Those present, who were accompanied on this visit by Mr. José Carlos de Santiago, president of the Excelencias Group and vice president of the Ibero-American Academy of Gastronomy, received from Habanos S.A. and the El Laguito factory executives a detailed explanation about the factory and the characteristics that make Habanos the best premium cigars in the world.

They then took a brief tour of the stripping and hand-rolling areas to see firsthand the quality of the leaves that make up the famous Cohiba and the skill of the center’s workers.

At the end of the tour, the guests, speakers and speakers to the IX Excelencias Gourmet Gastronomic Seminar received as a gift a Cohiba Robusto that they will surely puff on at some point in these days of the event.

But it will not be the only occasion, because Habanos S.A. has planned for Friday, on the day of the event’s closing, the pairing of vitolas from the Montecristo and Punch brands with two excellent rums from the Mulata brand.