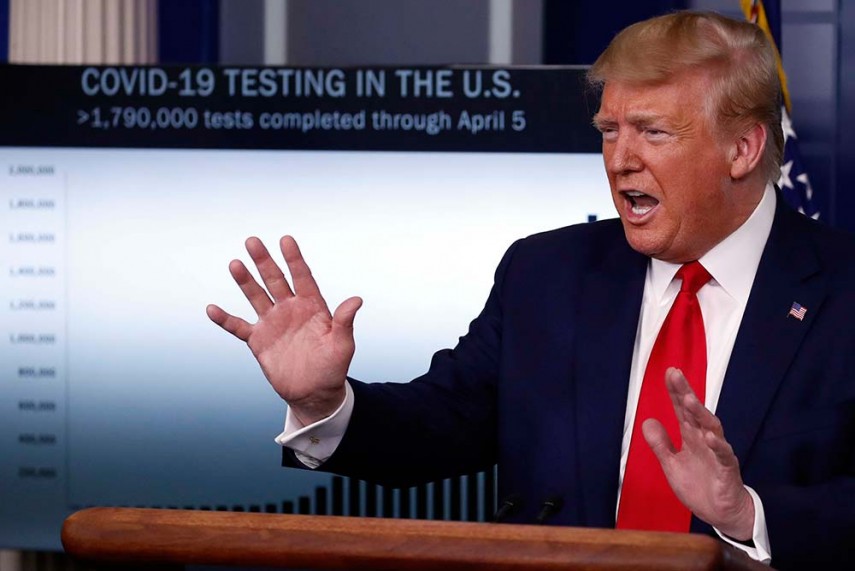 "Tonight, @FLOTUS and I tested positive for COVID-19. We will begin our quarantine and recovery process immediately. We will get through this TOGETHER!" he tweeted.

Trump's doctor, Sean Conley, said "the President and First Lady are both well at this time, and they plan to remain at home within the White House during their convalescence."

"The White House medical team and I will maintain a vigilant watch, and I appreciate the support provided by some of our country’s greatest medical professionals and institutions. Rest assured I expect the President to continue carrying out his duties without disruption while recovering, and I will keep you updated on any future developments."

A scheduled rally in Orlando, Florida, was canceled.

Hope Hicks, one of the president’s closest senior advisers, tested positive for the virus on Thursday, making her the highest-profile member of the administration to contract the virus who is in frequent contact with Trump and other top officials.

The president has held campaign rallies around the country for months, many of which are outdoors but some have been indoors. The most recent one was Wednesday night in Minnesota and he also traveled to New Jersey on Thursday for a fundraiser.