Parts of Spain on Alert Amid Extreme May Temperature 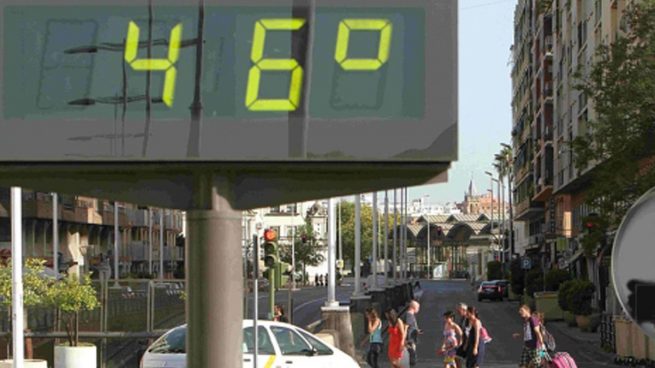 (AP) - Large parts of Spain were under alert Friday as a wave of intense heat began sweeping across the country, leaving residents sweltering through May temperatures that rank among the hottest in two decades.

A mass of hot, dry air carrying dust from North Africa has pushed temperatures up to 15 degrees above average, with the mercury topping 40 C (104 F) in parts of the country.

The State Meteorological Agency said it expected the “unusual and extreme” temperatures to peak on Saturday.

“These will probably be among the warmest temperatures we’ve seen in May in the 21st century,” agency spokesman Rubén del Campo said.

While the temperatures are expected to fall short of what meteorologists in Spain define as a heat wave, what makes this episode singular will be its persistence, with nighttime temperatures expected to hover above 20 C (68 F) in many places.

The high temperatures are forecast to push northeast in the coming days, with little relief expected until after Sunday.

The State Meteorological Agency said Friday it had put four regions on alert due to the heat. The regions of Castilla-La Mancha, Extremadura and Madrid were under a yellow alert, meaning they were at risk, while the southern region of Andalusia was under an orange alert, meaning a significant risk because of the intense heat. No region was under red alert, the highest level that corresponds to an extreme risk.

Del Campo characterized the May heat as part of a broader pattern that has seen summer weather start to arrive in Spain nearly one month earlier than it did in the 1980s. He was unequivocal about the cause.