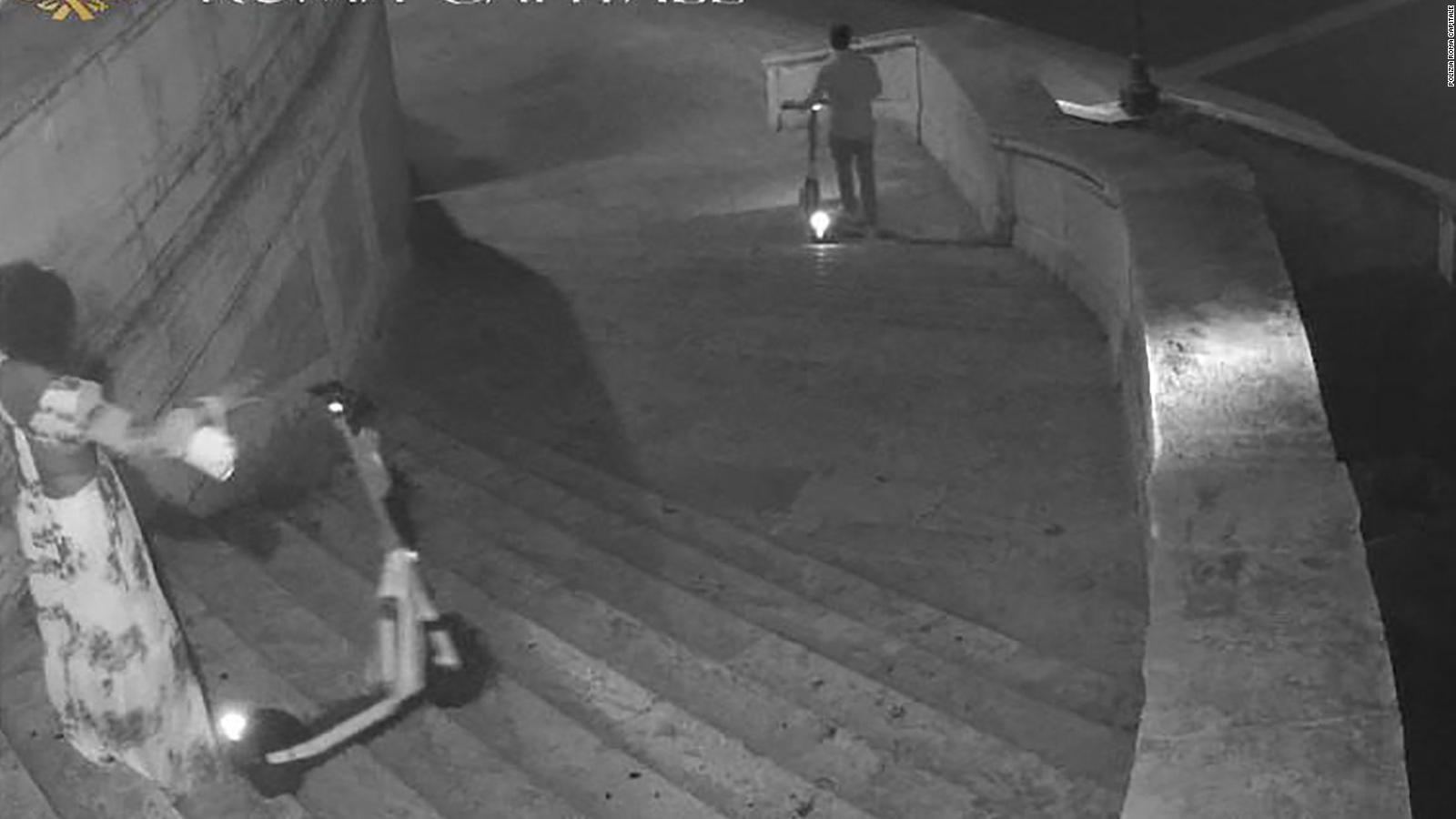 The incident, which was captured on security cameras, comes less than a month after a Saudi man was arrested for allegedly driving a rented Maserati sports car down the 18th-century landmark, also causing damage.

Police said the tourists, aged 28 and 29, were stopped by a patrol around 2:45 a.m. local time on June 3 after a scooter was thrown down the steps, also known as the Trinità de Monti.

"A couple of American tourists launched a scooter three times down the steps of Trinità dei Monti, damaging the third-to-last travertine step of the second ramp on the side towards the climb of San Sebastianello," a statement from the city's Capitoline Superintedency cultural heritage office said Thursday.

The two were fined €400 each, "in accordance with the provisions of the Urban Police Regulations," police said.

The woman was also charged with a complaint for damage to a monument property, as at one point she deliberately threw the scooter she was driving down the stairs, police said.

The man and the woman were banned from visiting the area around the steps for two days, police said.

In May, border police apprehended a 37-year-old Saudi man at Milan's international airport after a rented Maserati was driven down the stone staircase and abandoned.

The Spanish Steps are among Rome's most celebrated monuments. They owe their name to the Spanish Embassy at the Holy See that is hosted in a palazzo in the square below.

A two-year €1.5 million restoration of the landmark -- which has appeared in numerous movies, most notably 1953's "Roman Holiday" starring Audrey Hepburn and Gregory Peck -- was completed in 2015.