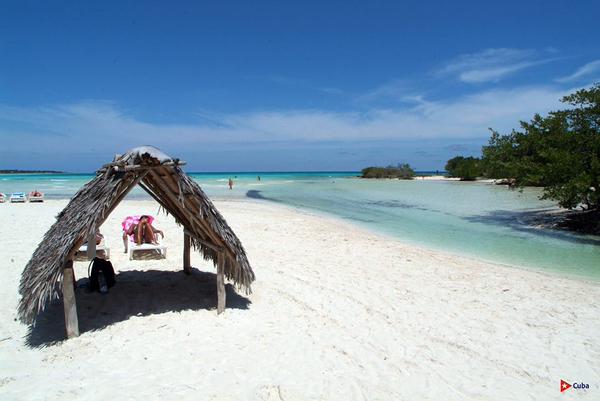 As tourism flourishes in Cuba, the island is emerging as a destination for the LGBT community and a travel agency specializing in packages for those customers is already in operation.

Pioneering the business are the owners of Mi Cayito Cuba, a Web-based intermediary between “gay-friendly Cuban private initiative and clients around the world,” Efe reported quoting the company’s director Alain Castillo, as saying.

“The island has great potential as a space for coexistence,” said the 35-year-old entrepreneur who wants to contribute to “the visibility and improvement of the LGBT collective” in the country.

“We are open to everyone, we believe in a free and tolerant environment where respect is valued,” he said.

Located east of Havana, Mi Cayito is probably the only gay beach in the Cuba and for that reason Castillo thought it was an appropriate name for his company, founded a year ago.

“It is vacation time,” the promotion posted on social media says. “It is Cuba time: the new gay paradise.”

Most popular destinations so far for Mi Cayito Cuba’s clients are Havana, the verdant heaven of Vinales in the western province of Pinar del Rio, and Varadero beach, Castillo said. More than 2 million foreign tourists have come to Cuba so far this year.

“Changes in Cuba have become an incentive and have increased demand,” Castillo said, adding that his company expects a flood of US visitors as a result of the thawing of relations between Washington and Havana and the restoration of diplomatic relations after a break of more than 50 years.

Cuba has not always been so welcoming to LGBT people. In the decades following the 1959 revolution led by Fidel Castro, the Cuban government derided, persecuted and jailed gays and lesbians.

Homosexuality was decriminalized in Cuba in the 1990s and the island’s free public health service began offering sex-reassignment operations in 2008.