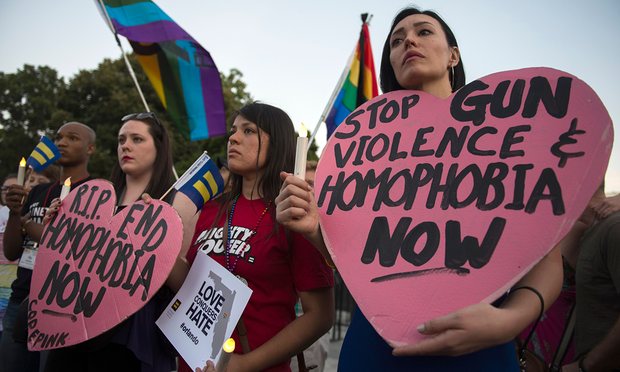 Members of the LGBT community say the shooting that killed 50 people early Sunday at a gay nightclub in Orlando won't stop them from travel and business as usual.

"From the LGBT perspective, it will not deter us from going to Orlando," John Tanzella, president and CEO of the International Gay & Lesbian Travel Association told CBS MoneyWatch. "If anything, it will likely drive more travel to Orlando as it's typical in our community to want to show support."

That holds true, Tanzella said, whether it involves travel to celebrate LGBT victories or to show solidarity with a community in mourning. "One example on the positive side is before the U.S. had same sex marriage, Argentina did. Our members were selling travel to that country including honeymoon trips," Tanzella said.

"If you look at the Paris attacks, tourism actually increased. So it goes beyond our community," Tanzella added of the deadly attacks in January and November. The overall number of tourists visiting France in 2015 rose from the prior year to an all-time high.

Members of the LGBT community in Provincetown, Massachusetts, said they felt the pain of Orlando's massacre, but it wouldn't stop them from living life as usual.

"It puts a new light on things," Daniel Gurney, who performs as an Elvis impersonator six nights a week at the Post Office Cabaret, told the Cape Cod Times. "It makes you feel a little less safe." But, Gurney said, "The show's going to go on."

The mass killing in Orlando, which coincided with police in California arresting an Indiana man with three assault rifles headed to the Gay Pride Parade in Los Angeles, did not disrupt plans for San Francisco's annual LGBT pride celebration.

"No act of violence -- even one as evil as what Orlando experienced on Sunday -- will stop us from coming together to celebrate the LGBT community at Pride this year," said San Francisco lawmaker Scott Wiener in a statement. "More than ever, we need to show the strength and love of our community to the world."