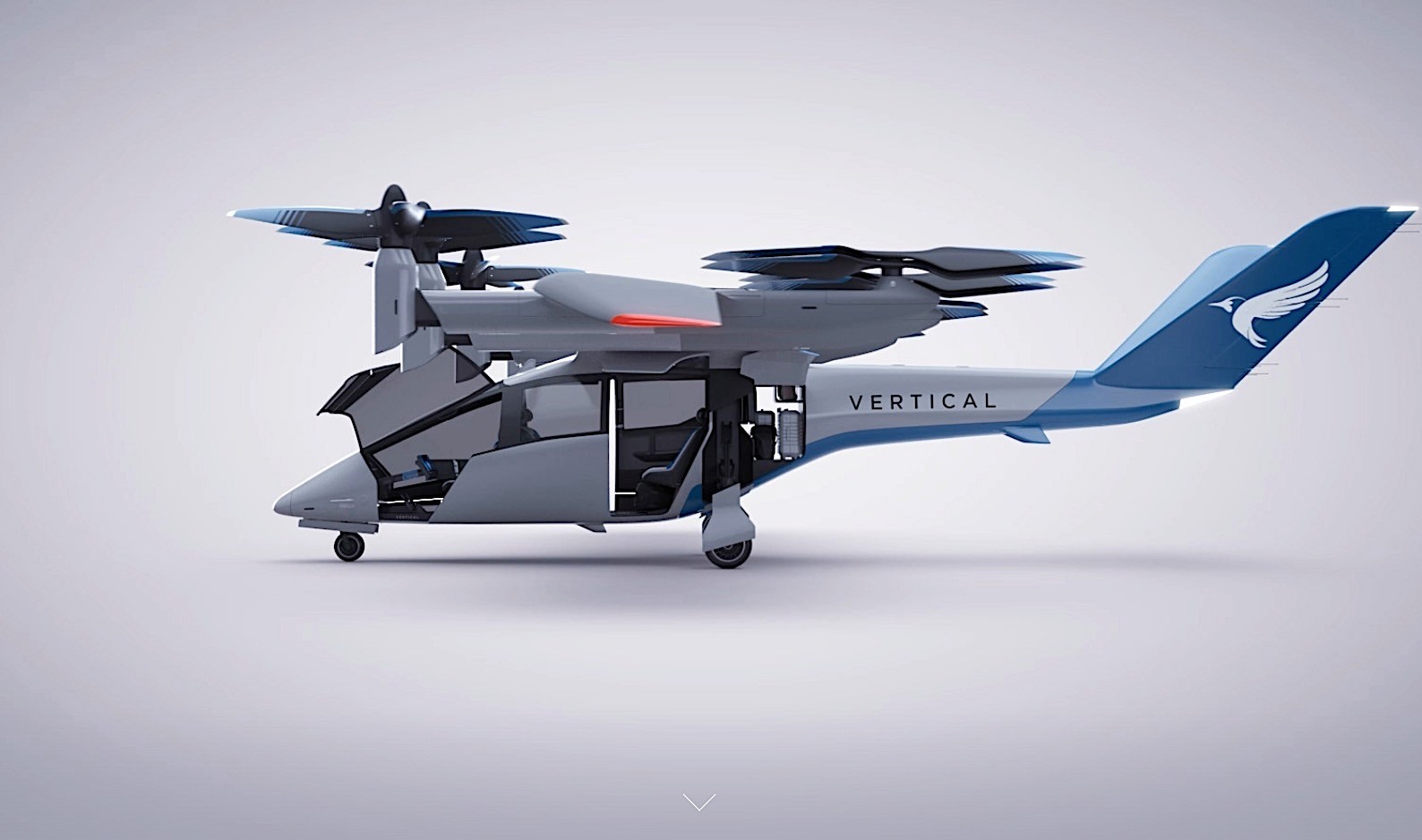 UK-based electric vertical takeoff and landing vehicle (eVTOL) startup Vertical Aerospace announced a number of key partnerships that include big names such as Rolls-Royce, Honeywell, and American Airlines to help it deliver its new aircraft, the VA-X4. The company already has 1000 air taxi pre-orders valued at the staggering sum of $4 billion.

VA-X4 is an eVTOL pretty much similar to Archer’s Maker prototype that was launched recently. It’s basically an air taxi that has four tilting rotors at the front and four stowable at the rear. According to Vertical, this configuration will allow for a flight 100 times quieter than an aircraft.

To boost the aircraft’s production, Vertical has formed a number of strategic collaborations. Back in March, it announced that it had teamed up with Rolls-Royce to co-develop the VA-X4’s electric powertrain. Recently, the company has stated that Honeywell will be handling flight control systems, Solvay will develop the composite structure of the air taxi and GKN will focus on the electrical harness.

Microsoft’s M12, 40 North and Rocket Internet SE have also invested in the business, focusing on fleet management software. Those are big names working towards the production of the VA-X4.

These collaborations seek to speed up the certification and deployment of aircraft in commercial operations. In the U.S., American Airlines will work with Vertical on passenger operations and eVTOL infrastructure development. Across the ocean, Virgin Atlantic will take into consideration a joint venture launch of a Virgin Atlantic-branded short-haul eVTOL network.

Vertical hopes to have the VA-X4 certified to European Union Aviation Safety Agency (EASA) standards by 2024. American has already agreed to pre-order up to 250 eVTOLs, with the option to acquire an additional 100 aircraft.  Avolon has pre-ordered up to 310, with an option for a further 190, and Virgin Atlantic has agreed to buy between 50 and 150 aircraft.