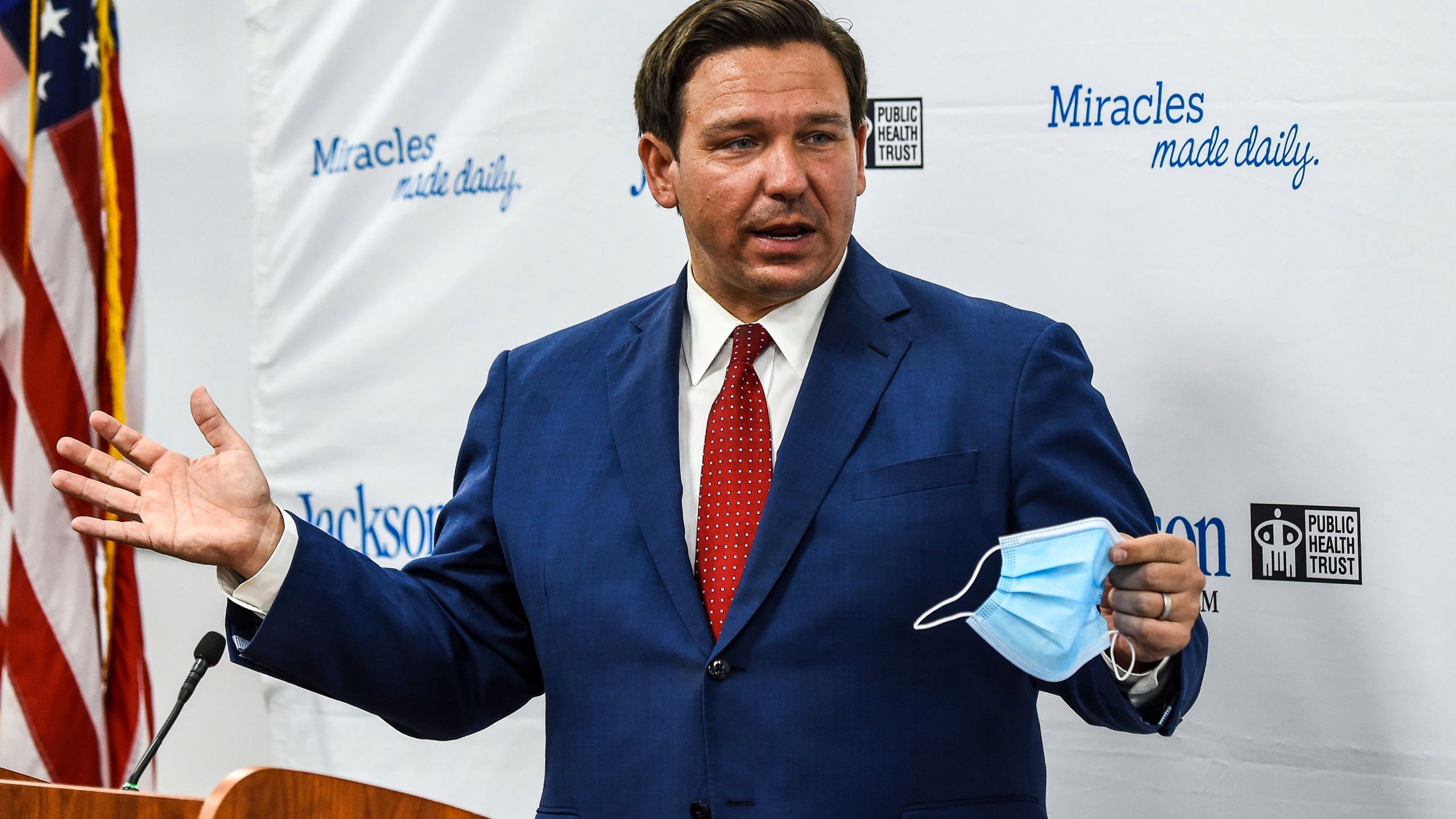 Florida Gov. Ron DeSantis lashed out at the Biden administration, promising that the state would strongly and swiftly oppose any attempts to block Americans from traveling to the Sunshine State.

DeSantis’ comments were in response to a Wednesday story by McClatchy that quoted an unnamed White House official saying the administration was considering imposing domestic travel restrictions, including on Florida, to stem the transmission of a new Covid-19 variant that is rapidly spreading in the state.

DeSantis, a Republican, called consideration of travel restrictions “absurd” and a “political attack on the people of Florida.” He said it would be “ridiculous” to impose curbs on domestic travel while relaxing restrictions on the U.S.-Mexico border.

“Any attempt to restrict or lock down Florida by the federal government would be an attack on our state, done purely for political purposes,” DeSantis said at a press conference in Port Charlotte, Fla. He also questioned the need for any type of restrictions given Florida’s middle-of-the pack ranking in terms of Covid-19 fatalities.

DeSantis' office declined to immediately comment following the press conference on whether they have had any discussions with anyone from the Biden administration about potential travel restrictions.

"We are always considering what steps are necessary to keep the American people safe, but we are not currently in the process of, no decisions have been made around additional public health measures that would delay or would change, I should say, domestic travel considerations," Psaki said.

Any types of travel restrictions could derail Florida’s economy, which relies heavily on tourists. The initial wave of lockdowns last spring sent the state’s tax collections into a spiral. Florida would have been hit with a severe budget deficit if not for the nearly $5 billion in coronavirus relief it received from Congress.