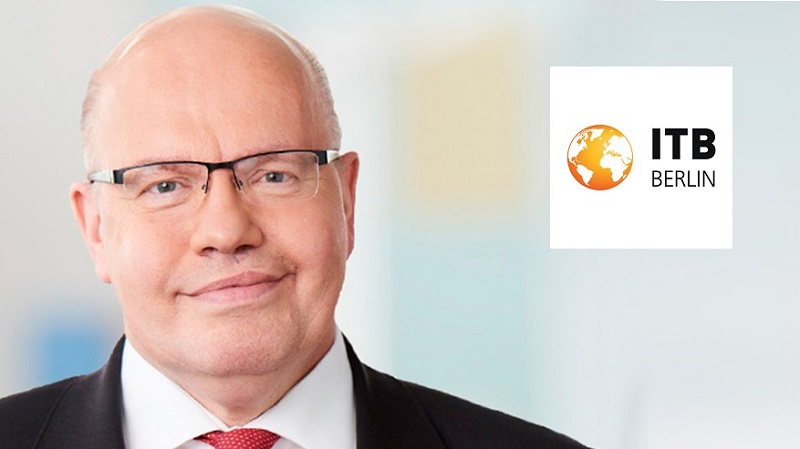 Numerous celebrity figures will be present at the opening ceremony of ITB Berlin. This year, Federal Minister for Economic Affairs and Energy Peter Altmaier will open the World’s Leading Travel Trade Show.

Federal minister Altmaier said: “Tourism creates jobs all over the world, including in Germany, thereby greatly adding value to our country. Developing sustainable tourism not only benefits the economy, it can also help to improve everyone’s quality of life. For us, it is therefore an important economic policy goal to ensure that the general conditions for tourism are good.”

At the opening ceremony on the eve of 5 March 2019, day one of the show, Messe Berlin CEO Dr. Christian Göke and Governing Mayor of Berlin Michael Müller will offer the 3,000 international guests a foretaste of events at this year’s ITB Berlin.

In their role as leading representatives of the travel industry, President of the Federal Association of the German Tourism Industry (BTW) Dr. Michael Frenzel and Secretary General Zurab Pololikashvili of the World Tourism Organization (UNWTO) have announced their participation. H.E. Datuk Mohamaddin bin Ketapi, Minister of Tourism, Arts and Culture of Malaysia, will introduce the partner country of this year’s ITB Berlin and get events under way with a spectacular show featuring traditional Malaysian dance and music performances.

Dancers, singers and musicians will take the audience on a tour of the various cultural attractions and ethnic diversity of this southeast Asian country. The show’s slogan is “Colors of Malaysia”.

Colorful performances by Malaysian artists will highlight the influence of Malay, Chinese, Indian and European cultures. Dancers will respectfully welcome the arrival of dignitaries and the highest rulers to the sound of Gamelan music.

The traditional Sewang dance of the indigenous people of Malaysia is an important part of thanksgiving ceremonies. Silat is a form of martial arts which originated in the seventh century and symbolizes the strength of the Malay community. The dances of Sarawak and Sabah, performed to the sound of traditional musical instruments, tell of the culture and lives of the people on Borneo.

The arrival of traders from India, China and Arabia also influenced Malaysian dances and music. A performance highlighting the beauty of the country’s folk music and dances will conclude the ceremony. The show will close with the song ’Malaysia Truly Asia’, which describes a uniquely diverse country that is home to many cultures.

ITB Berlin 2019 will be taking place from Wednesday, 6 to Sunday, 10 March, and from Wednesday to Friday will be open to trade visitors only. ITB Berlin is the World’s Leading Travel Trade Show.

In 2018, a total of 10,000 companies and organizations from 186 countries exhibited their products and services to around 170,000 visitors, including 110.000 trade visitors. Parallel with the show the ITB Berlin Convention, the largest event of its kind, will be held from Wednesday, 6 to Saturday, 9 March 2019.