Europe in Vaccination Race against the COVID-19 Delta Variant 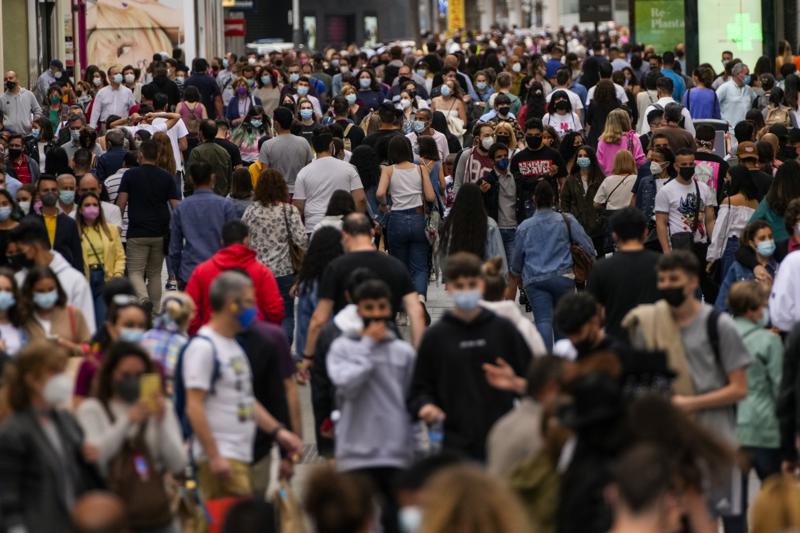 (AP) - Countries across Europe are scrambling to accelerate coronavirus vaccinations and outpace the spread of the more infectious delta variant, in a high-stakes race to prevent hospital wards from filling up again with patients fighting for their lives.

The urgency coincides with Europe’s summer holidays, with fair weather bringing more social gatherings and governments reluctant to clamp down on them. Social distancing is being neglected, especially among the young, and some countries are scrapping the requirement to wear masks outdoors.

Incentives for people to get shots include free groceries, travel and entertainment vouchers, and prize drawings. The president of Cyprus even appealed to a sense of patriotism.

The risk of infection from the delta variant is “high to very high” for partially or unvaccinated communities, according to the European Centre for Disease Control, which monitors 30 countries on the continent. It estimates that by the end of August, the variant will account for 90% of cases in the European Union’s 27 nations.

Daily new case numbers are already climbing sharply in countries like the United Kingdom, Portugal and Russia. In the U.K., cases of the delta variant have increased fourfold in less than a month, with confirmed cases Friday up 46% on the previous week.

Portuguese health authorities this week reported a “vertiginous” rise in the delta variant, which accounted for only 4% of cases in May but almost 56% in June. The country is reporting its highest number of daily cases since February, and the number of COVID-19 patients in hospitals has surpassed 500 for the first time since early April.

Reports of new infections in Russia more than doubled in June, topping 20,000 per day this week, and new deaths hit 697 on Saturday, the fifth day in a row that the daily death toll set a record.

In some countries, the virus is spreading much faster among younger people. In Spain, the national 14-day case notification rate per 100,000 people rose to 152 on Friday. But for the 20-29 age group, it shot up to 449.

The Dutch government is extending its vaccination program to those aged 12-17 to help head off a feared new surge. Greece is offering young adults 150 euros ($177) in credit after their first jab. Rome authorities are mulling the use of vans to vaccinate people at the beach. And Poland last week launched a lottery open only to adults who are fully vaccinated, with new cars among the prizes.

In the fight against vaccine hesitancy across Europe, the appearance of variants has fed public uncertainty about how effective the shots are. In Madrid this week, Claudia Aguilar, a 58-year-old archaeologist, got her second Pfizer-BioNTech jab at an auditorium that is expanding its working hours overnight.

The emerging variants have shone a light on the unprecedented scale of the immunization programs. The ECDC says in the countries it surveys, 61% of people over 18 have had one shot and 40% are completely vaccinated.