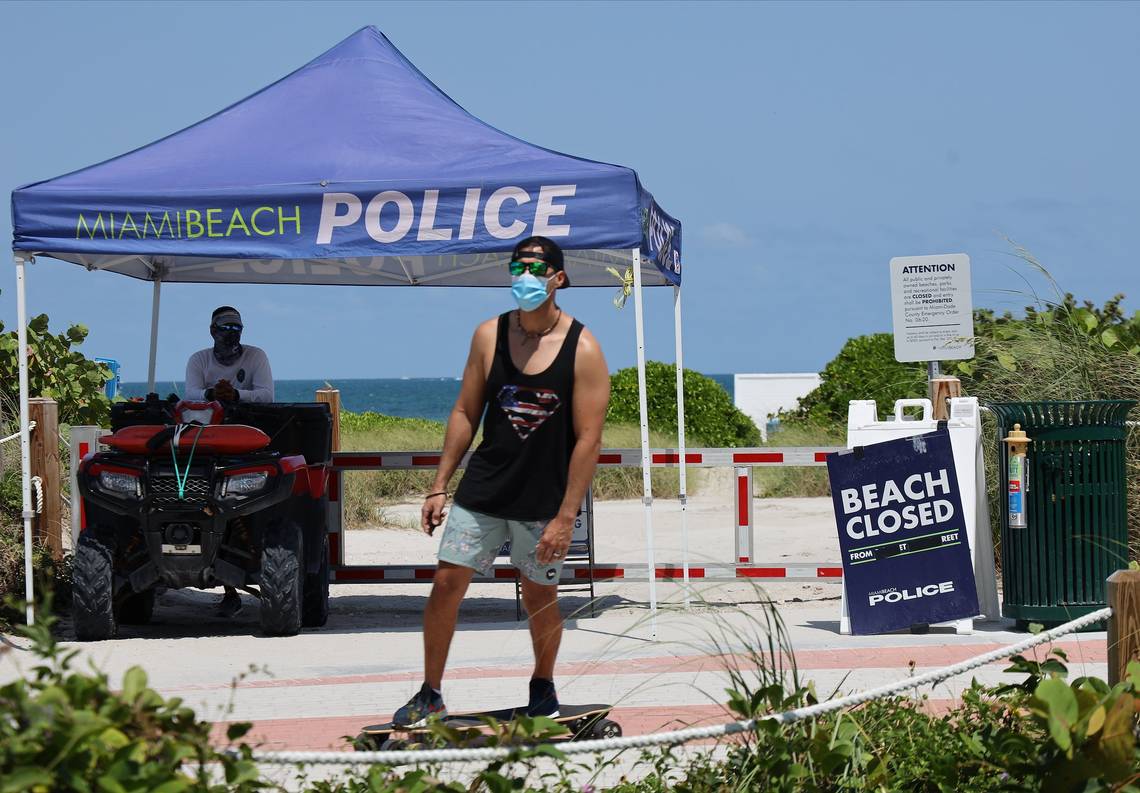 Miami-Dade County Mayor Carlos Gimenez announced he will sign an emergency order to close all beaches in the county for the Fourth of July weekend.

The mayor said on Twitter that “after consulting with our County’s public health experts, I will be signing an emergency order on Saturday to close all beaches in Miami-Dade County starting Friday, July 3, and ending Tuesday, July 7.”

After consulting with our County’s public health experts, I will be signing an emergency order on Saturday to close all beaches in Miami-Dade County starting Friday, July 3, and ending Tuesday, July 7. More info: https://t.co/oSgkrB8CrS pic.twitter.com/CydnVmljz5

Florida once again shattered its daily record for new coronavirus cases Friday with more than 8,900 confirmed, pushing the state's total to nearly 123,000 as cases continued to rise rapidly in the state.

The 8,942 new COVID-19 cases brought the state's total to 122,960, according to figures released by the Florida Department of Health.

The order will also ban gatherings and parades of more than 50 people throughout the county "for whatever reason" from July 3-7. Gimenez added that all parks and beaches will be closed to the public in all cities and unincorporated areas to public viewing of fireworks. Fireworks displays must be viewed from one’s home or parked vehicle.

As the number of confirmed cases of Covid-19 surges in Florida, Miami-Dade County is on the hunt for empty hotels it can lease to isolate patients.

The county has already secured two hotels to house those who need to self-isolate but don’t have anywhere else to go, said Maurice Kemp, deputy mayor of Miami-Dade. It’s looking for additional properties near Covid-19 hotspots.