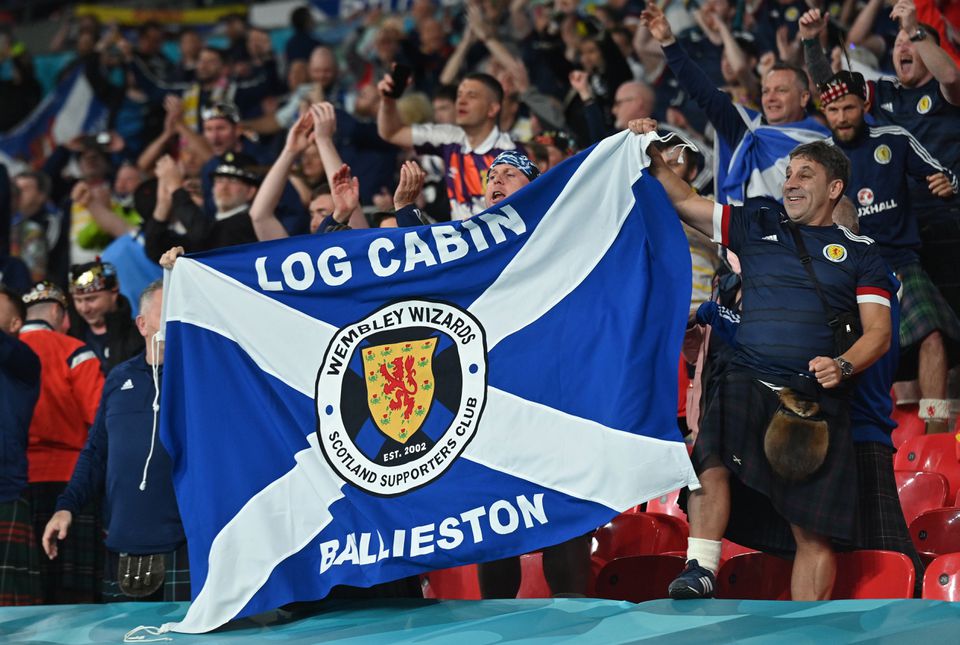 (Reuters) - Nearly 2,000 people who live in Scotland have attended a Euro 2020 event while infected with COVID-19, Public Health Scotland said on Wednesday.

Thousands of Scots came to London for their game against England in the UEFA European Football Championship group stage on June 18.

Many headed to Wembley Stadium to see the game in person or gathered in the city centre, while Hampden Stadium in Glasgow has also hosted games.

Of the 1,991 people identified as having attended a EURO 2020 event while infectious, 1,294 had travelled to London and 397 had gone to Wembley, Public Health Scotland said.

Cases were labelled if the person in question had seen a match at Hampden or Wembley, gone to a fanzone in Glasgow, or participated in an informal gathering at a pub or a house to watch a match.

There were only 38 reports of people attending Scotland's home game against Croatia while contagious, with 37 reports from Scotland's match against the Czech Republic at Hampden.