No End in Sight for Problems at Amsterdam Airport 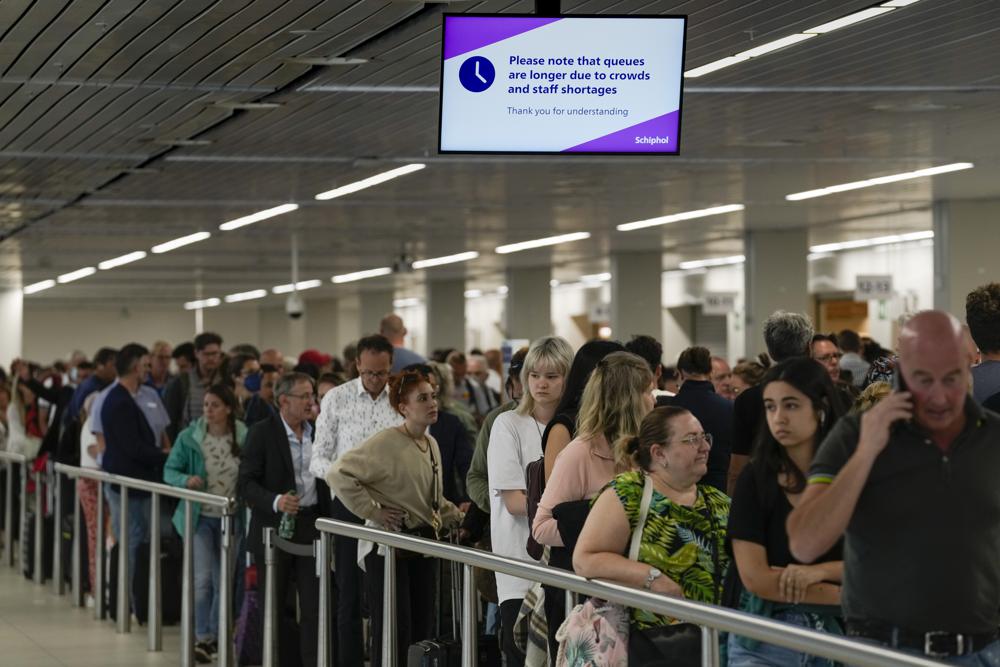 (AP) - The chief of airline alliance Air France-KLM said Thursday that it will take weeks or months to get new security staff in place to lighten pressure on the Amsterdam airport, which has seen flight cancellations, damaging delays and big travel headaches as global air travel rebounds from the COVID-19 pandemic.

Air France-KLM CEO Ben Smith told reporters that the company is seeking compensation for some of its losses, blaming the troubles at Amsterdam’s Schiphol Airport on shortages of security and other ground personnel outside KLM’s control.

While the Dutch government faces pressure to find solutions, once security personnel are recruited, “it could take weeks or months to have them in a position” because of government requirements for security clearances, Smith said.

Airlines and airports that slashed jobs during the pandemic are struggling to keep up with soaring travel demand, and passengers are encountering chaotic scenes at airports around Europe and the U.S.

Smith downplayed concerns about an Air France pilots’ strike scheduled for Saturday, saying only a small minority of pilots are expected to participate and he doesn’t expect it to affect operations.

The main Paris airport, Charles de Gaulle, has not seen many travel disruptions like those in Amsterdam, London and some other hubs. Smith attributed that to Air France’s decision last year to hire hundreds of pilots, mechanics and cabin staff in anticipation of a surge in demand this summer.

The airlines are still down staff: 7,500 people left Air France because of the pandemic travel crash, and KLM lost 3,000. While many airlines laid off staff, Air France-KLM says it only saw voluntary departures.