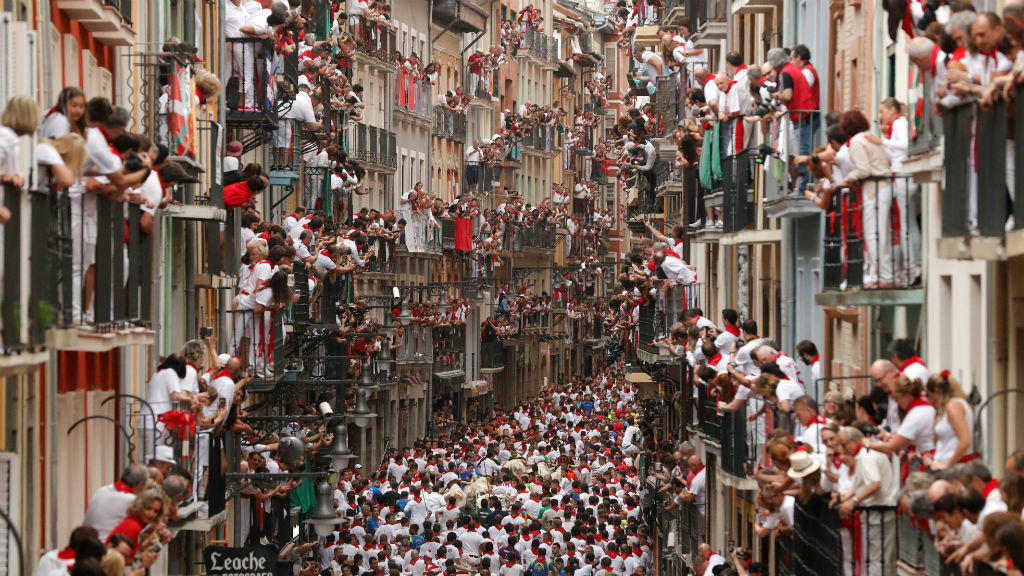 The mayor of the Spanish city of Pamplona on Monday cancelled the San Fermin Festival, which draws thrill-seekers from all over the world to run with fighting bulls through its streets, for a second year because of the coronavirus pandemic.

"To my very despair, I'm forced to officially suspend the festival of San Fermin in 2021," mayor Enrique Maya told reporters on Monday. He cited the high COVID-19 contagion in the Navarra region and the low vaccination ratio.

Regional president Maria Chivite had said in February the festival would not be held this year, but at the time Maya had refused to call it off yet and insisted he had the final say.

On Monday, he said the city council will use the cash due to be spent on the July festival to pay for activities during the summer.

As well as the morning bull runs and afternoon bullfights, it features round-the-clock singing, dancing and drinking by revellers dressed in white clothes and red neck scarves. There are also religious events in honour of the saint.

Last year's cancellation was the first in over four decades and was a big financial blow to Pamplona's bars, restaurants and hotels. The last time it did not celebrate the festival two years in a row was during the 1936-39 Spanish Civil War.