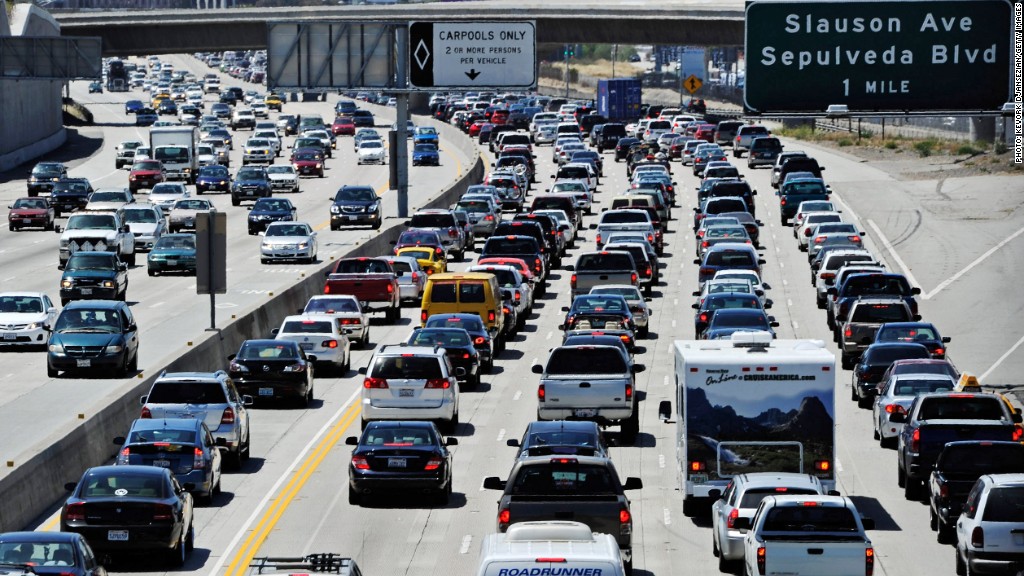 AAA projects more than 38 million Americans will travel this Memorial Day weekend. That is the second-highest Memorial Day travel volume on record and the most since 2005. Spurred by the lowest gas prices in more than a decade, about 700,000 more people will travel compared to last year. The Memorial Day holiday travel period is defined as Thursday, May 26 to Monday, May 30.

“Americans are eagerly awaiting the start of summer and are ready to travel in numbers not seen in more than a decade,” said Marshall Doney, AAA President and CEO. “The great American road trip is officially back thanks to low gas prices, and millions of people from coast to coast are ready to kick off summer with a Memorial Day getaway.”

AAA estimates that Americans have saved $18 billion on gas so far this year compared to the same period in 2015, and prices are at the lowest levels in 11 years. The strong labor market and rising personal income are also motivating people to travel for Memorial Day this year.

Nearly 34 million (89 percent) holiday travelers will drive to their Memorial Day destinations, an increase of 2.1 percent over last year as a result of lower gas prices. Air travel is expected to increase 1.6 percent over last year, with 2.6 million Americans taking to the skies this Memorial Day. Travel by other modes of transportation, including cruises, trains and buses, will fall 2.3 percent, to 1.6 million travelers.

The national average price for a gallon of gasoline today is $2.26, 45 cents less than last year. AAA expects most U.S. drivers will pay the lowest Memorial Day gas prices since 2005. According to a recent AAA survey, 55 percent of Americans say they are more likely to take a road trip this year due to lower gas prices.

AAA expects to rescue more than 350,000 motorists during the Memorial Day holiday travel period, with the primary reasons being dead batteries, lockouts and flat tires. AAA recommends motorists check the condition of their battery and tires before heading out on a road trip. Also, have vehicles inspected by a trusted repair shop, such as one of the nearly 7,000 AAA Approved Auto Repair facilities across North America.