Obie Wilchcombe: A Marketing Strategy for One Caribbean” 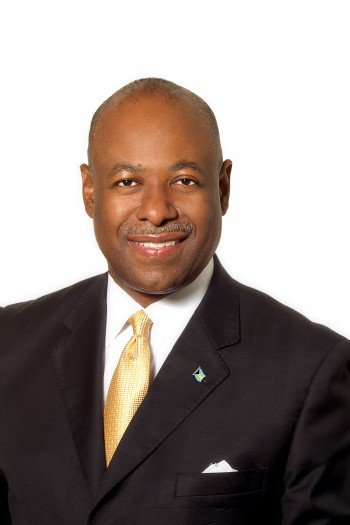 During the recently-concluded State of the Industry Conference held in Barbados, The Caribbean Tourism Organization (CTO) elected a new chairman: Mr. Obie Wilchcombe, Tourism Minister of the Bahamas. Hours after his election, Caribbean News Digital sat down with Mr. Wilchcombe to find out what his challenges are at the helm of CTO and how he plans to address them.

When asked about the new challenges for the Caribbean in terms of tourism, Mr. Wilchcombe answered that there are many challenges out there for the travel industry to take into consideration, but he believes that what must be done is to constantly work on trying to ensure that airlift and hotel occupancy are right.

“We’ll see occupancy go slow and that’s because of the new trend we’re paying attention to, the new trend we believe is causing more and more of our visitors to find accommodations at other places other than the hotels. Shared accommodations related to Airbnb. We have to look at that and see how it’s going to affect the tourism industry and hotel occupancy levels. That will have a united impact because that relates directly to job opportunities. The tourism industry, although we provide the service and GDPs, are affected dramatically.

“Without the linkages, what manufacturing jobs could be created? One of the things that we could do to ensure that each ally benefits and I would maybe be a better provider and might be able to produce the product that we need for industries in the Bahamas, so we help each other. Grenada has all the spices and it’s now putting spices for culinary dishes prepared throughout the Caribbean.

“How do we use our cultural experience around the world? We believe we can do it because we have some unique cultural experiences and people want to have some exposure to it. Throughout the year we have cultural events. When visitors are coming, whether it’s January, June or December, we have events going on,” he explained.

Caribbean airlift has grown dramatically over the past few years, so it’s the ideal time to make efforts aimed at turning the Caribbean into a real united region. “It’s been a challenge for decades. What’s interesting is that we know that Caribbean Airlines is a successful airline, it’s doing things, it’s reaching out. Interconnectivity is very important because we’re still one Caribbean, but very separated.”

“Airlift is fundamentally important and we’re going to concentrate on that, we’re going to sit down and talk with airlines, particularly Caribbean Airlines, to see what the best way to proceed is, to see what we can do at this stage of our development. If you look at the numbers now, you’ll find that intra-regional travel is 6.6 percent up. That tells you that people want to move around the Caribbean.

“I think this is the ideal time to deal with the airlift problem because more and more Caribbean people are traveling among Caribbean countries. You need to have a friendly carrier working with you to make it happen, to prove that I can fly from the Bahamas to Barbados,” Mr. Wilchcombe mentioned as an example.

“We have an opportunity and I think now it’s the time. We need the support of the CARICOM prime ministers and the leaders of our countries agreeing to work to make it happen. I think it’s the ideal time.”

Regarding to the worries about the new relation between Cuba and the U.S., Mr. Wilchcombe described the situation as an opportunity for the whole region. “Our meetings with the Cuban minister of tourism have shown that he’s interested in developing stronger relationships. The multi-destination market was an idea that came up in our very first meeting. We’ve been talking with him. The former chairman led the delegation I was on and we talked about the possibility of bringing Cuba back to the table with us. The Cuban minister of tourism talked about getting other countries back to the table.

“We’re not afraid of Cuba. In fact, Cuba is going to help, it’s part of the Caribbean and it’s going to draw more attention to the Caribbean. Cuba will work with us and we’ll work with Cuba. Cuba has grown up in the first six months and the Caribbean has gone 5.2 percent up in terms of airlift and cruise arrivals,” he underscored.

“We can develop stronger relations with Cuba. We’ve been friends for a long time and they are part of us. Cuba is part of us, so we don’t see threats there.”

The biggest challenge CTO faces now is Zika. “We’re responding as quickly and as swiftly as possible. That’s a concern of ours. We have the ministers working together, the prime ministers who want to see greater growth in their countries, who want to see the GDP increase.”

As for the strategy in the very near future, he pointed out that it aims at ensuring “that we bring the Caribbean closer together. We want to consider the marketing of the Caribbean and go after new markets, emerging markets. We have the Chinese market, for example. When Chinese visitors travel to any Caribbean island, they should be able to see one or two countries because they come for a week or two.

“We have to work together to get more of that business. We have to go out there and get those new markets. The Muslims, the Jewish and others are also seeking places to visit. Let’s find a marketing strategy for one Caribbean. We’re going to sit down and we’re going to think about our approach to market the Caribbean. No matter what we do, the big states might be able to survive on their own, but we have to be concerned about the smaller states. Whether is it is Grenada or Dominica, we have to ensure that all of the countries get significant benefits.” 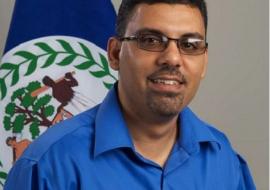 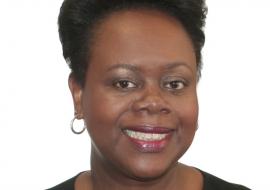 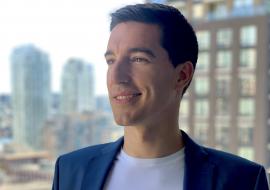 PressReader and the Evolution of Online Quality Reading 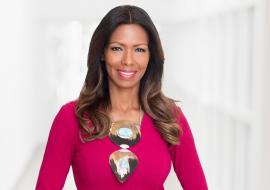 One on One with the Dominican Republic's Petra Cruz

Q & A with Gregory Shervington, Regional Director of the Jamaica Tourist Board for Europe 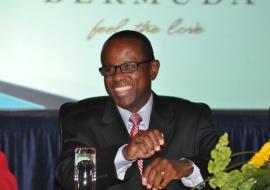