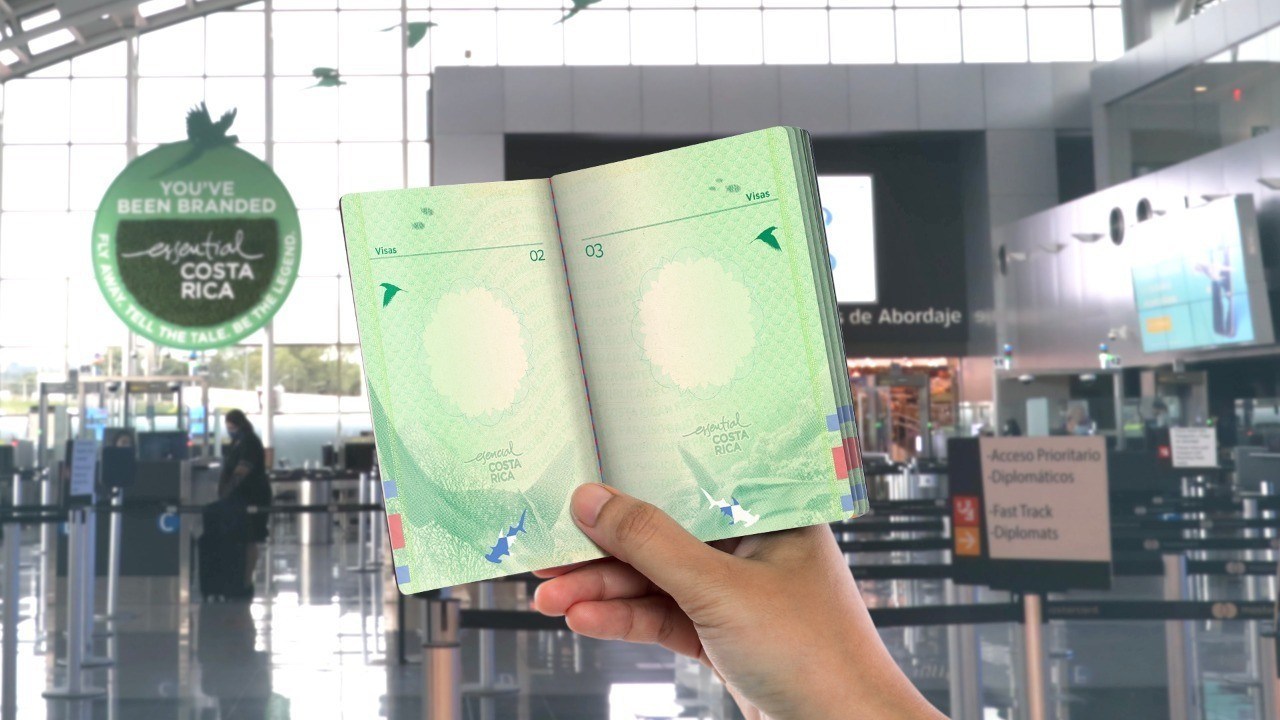 Early next year, Costa Rica's official passport will be updated to meet the world's highest biometric standards, ranking it at the forefront of global identification technology. The announcement was made on September 2nd at the Essential Costa Rica Nation Brand Annual Conference of licensee companies and brand ambassadors.

According to Costa Rica's General Director of Migration and Foreigners, Raquel Vargas, a biometric passport is a traditional passport with an embedded microchip containing the holder's biometric data such as facial characteristics, fingerprints, and personal information.

"This passport elevates us to the highest level in global mobility trends. Its high-tech components prevent forgery and alteration, making it extremely secure," she added.

In addition to being used in Costa Rican passports, Vargas noted that biometric technology will be available in safe-conduct and travel documents for refugees and foreigners, exit and entry permits, and neighboring country permits for individuals living in border areas.

For the new passport's design, the General Directorate of Migration and Foreigners had the support of the Essential Costa Rica nation brand team. After complying with all security guidelines, the group oversaw the graphic composition of each page, including visual images that capture the essence of Costa Rica.

Government authorities announced that the new format is expected to launch in the first quarter of 2022. However, currently issued passports will remain valid for their entire duration, making it unnecessary to seek a renewal before the stated expiration date.

This is the first time that Costa Ricans have carried out their passport design. The visually engaging graphics seen in the internal pages are representative of the country's four trademark pillars.