Crowds Flock to Yellowstone as Park Reopens after Floods 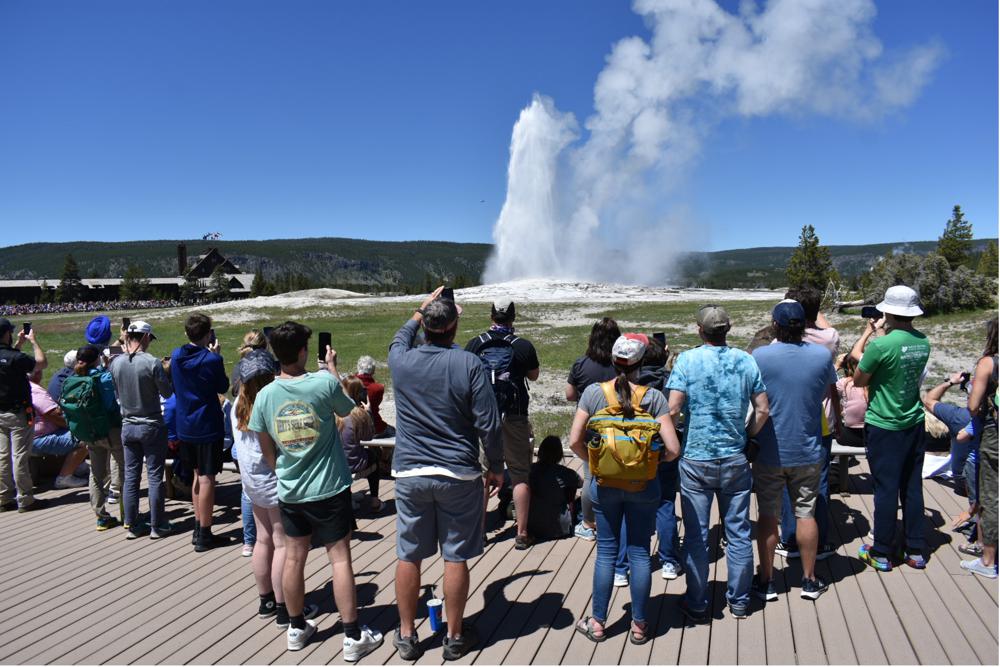 (AP) - Throngs of tourists gleefully watched the legendary Old Faithful geyser shoot towering bursts of steaming water while others got stuck in “bison jams” on picturesque valley roads as visitors returned Wednesday for the partial reopening of Yellowstone National Park after destructive floods.

Park managers raised the gates at three of Yellowstone’s five entrances for the first time since June 13, when 10,000 visitors were ordered out after rivers across northern Wyoming and southern Montana surged over their banks following a torrent of rainfall that accelerated the spring snowmelt. The cost and scope of the damage is still being assessed, Yellowstone Superintendent Cam Sholly said Wednesday.

Empty roads and parking lots quickly grew busier by mid-morning as about 5,000 vehicles entered the park after getting through long lines that stretched for several miles (kilometers) at one gate in the early morning. The backups were gone by early afternoon, though, and visitation numbers were less than a normal summer day that draws about 10,000 vehicles, park officials said in a news release.

Paul Nithyanand of Chennai, India, gathered around Old Faithful along with 1,500 people in the afternoon to see it erupt. Nithyanand was touring the western U.S with his brother and had already seen the Grand Canyon and Las Vegas, but said nothing on his trip compared with Old Faithful.