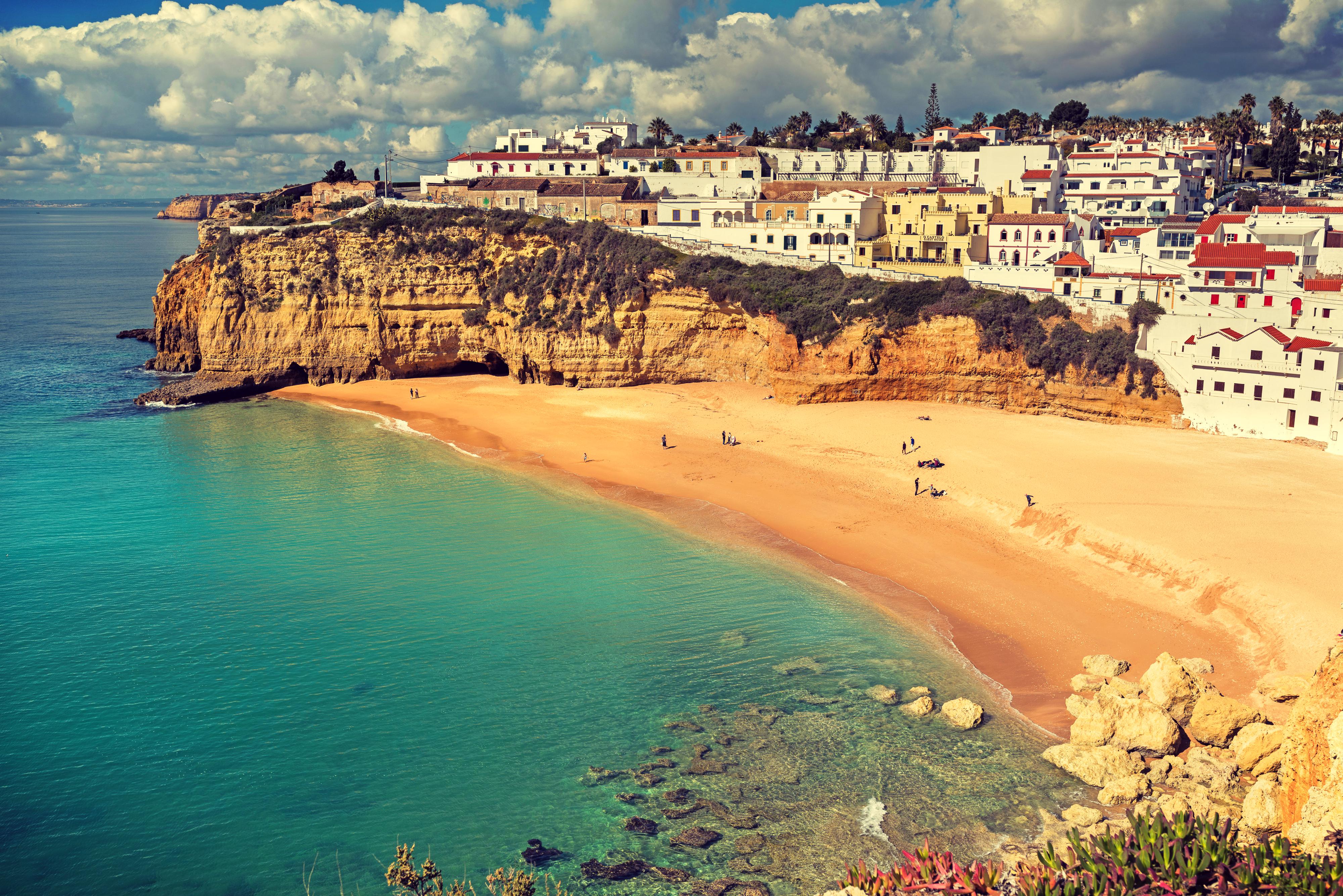 The latest edition of the ECM-ForwardKeys Quarterly Barometer Report, published jointly by ForwardKeys and the non-profit organisation, European Cities Marketing (ECM), reveals that Europe’s most resilient cities are leisure hotspots despite the devastating COVID-19 pandemic.

As of 27th October, total inbound flight bookings for the EU and the UK, for the fourth quarter of 2020, were 85.6% behind where they were at the equivalent moment last year. Symbolically, Paris, which is normally Europe’s second most popular destination, has climbed to the top spot, even though its bookings are 82.3% behind 2019 levels.

In a ranking of the EU’s most resilient major cities (ie: cities with at least 1.0% share of international arrivals), the news is promising and shows a common theme – all cities are major leisure destinations.

Top of the list is Heraklion, the capital of Crete, known for the ancient Palace of Knossos. There, flight bookings are only 25.4% behind their 2019 level. In second place is Faro, the gateway to Portugal’s Algarve region, which is known for its beaches and golf resorts, 48.7% behind. The next three positions are taken by Athens, 71.4% behind; Naples, 73.4% behind; and Larnaca, 74.2% behind. The cities in the second half of the list, in descending order, comprise Porto, 74.5% behind; Palma Mallorca, 74.6% behind; Stockholm, 75.8% behind; Malaga, 78.2% behind; and Lisbon, 78.8% behind. 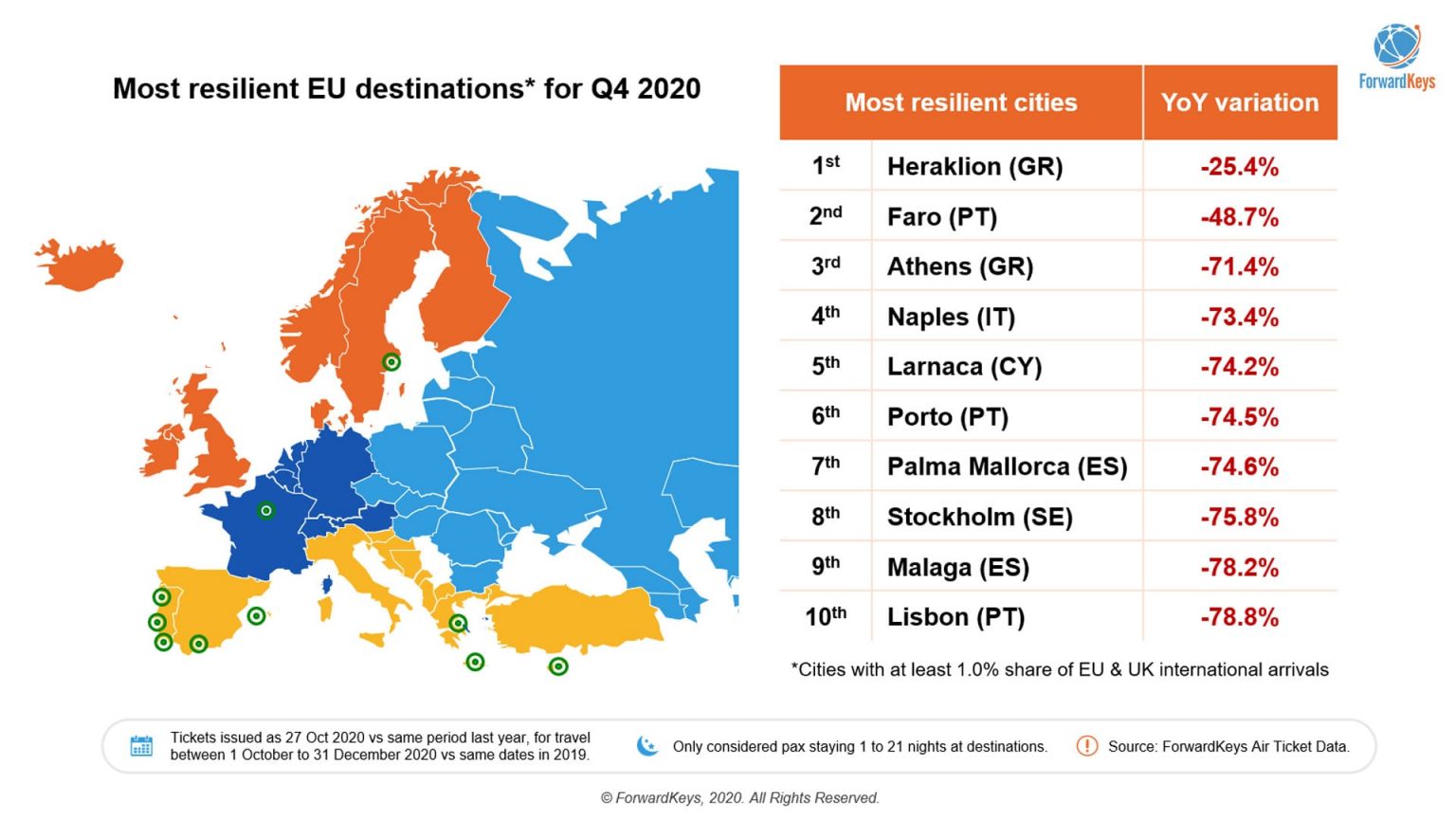 Olivier Ponti, VP, Insights, ForwardKeys, said: “When one digs into the data behind these headline numbers, we see that people are still making travel plans; and within those plans, there are five clear trends.

First, leisure and personal travel are holding up much better than business travel, which is virtually non-existent right now. Second, bookings are dominated by the Christmas holiday period.

Third, people are booking at even shorter notice than usual, probably wary of travel restrictions being imposed without warning. Fourth, fares are consistently on the low side, with airlines doing everything in their power to tempt back travellers; and fifth, destinations which have remained open to EU travel, such as Stockholm, have suffered less.”