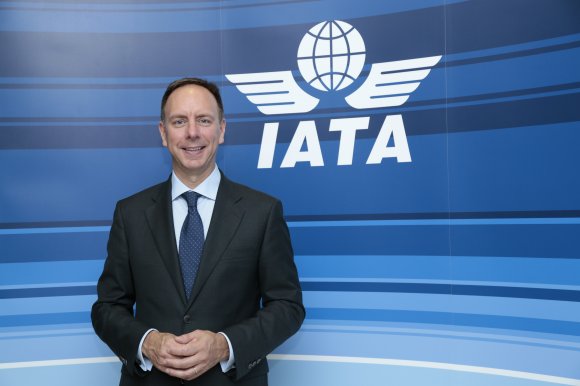 The International Air Transport Association (IATA) has issued an urgent call to governments in Latin America and the Caribbean to take specific measures to help the aviation sector survive its worst crisis ever.

According to IATA, with COVID-19 still very much present in the region, a restart of the industry in many countries seems months away.

IATA Regional Vice President for the Americas, Peter Cerdá, says the current situation is unsustainable and risks the collapse of the entire sector.

"This is our last chance to survive this crisis,” he warns. “Time is against us and every day that goes by places more agony on an industry that is seeking clarity on timelines to restart operations. No sector has the liquidity to stay afloat during a four- or five-month standstill. We recognize the efforts made by the authorities in fighting this pandemic and we understand what countries are facing, but air transport is essential for our region and cannot be allowed to disappear," he said.

Latin American and Caribbean governments remain the least supportive of aviation, an industry that prior to COVID-19 contributed US$167 billion to their GDP and supported 7.2 million jobs throughout the region. Forecasts now show a drop of at least US$77 billion in air transport’s contribution to GDP, with more than 3.5 million jobs at risk.

"In countries like Panama, where air transport sustained nearly a quarter of a million jobs and its main airport offered connections to nearly 90 international destinations before the pandemic, it is worrying that the government has so far failed to take any firm action to provide tangible support to the industry. The same is true in Peru, where financial relief is urgently needed for an industry that is key to its population and its economy, and operations must be allowed to resume in July," Cerdá said.

IATA reports that passenger traffic on Latin American and Caribbean airlines dropped by a whopping 96% in April.  Even though Brazil, Chile and Mexico saw limited operations in April, they still showed traffic (RPK) reductions of more than 90%.

The international body warns that air connectivity and its associated socio-economic benefits across the region are at risk. This has already directly impacted businesses—from family-run enterprises to large corporations—along the entire travel and tourism value chain, as well as industries relying on air cargo for their imports and exports.

The expectation is that different countries will eventually allow the resumption of operations on different dates. It is therefore essential that the major industry players and governments work together to facilitate the restart of air operations in a safe, efficient and harmonized manner.

He also insisted that as countries lift travel restrictions, measures such as quarantine are to be avoided. Such restrictions severely hamper economic activity by effectively blocking travel, which is essential for the counties of Latin America and the Caribbean that are heavily reliant on tourism. For this reason, the government of Ecuador should remove its current quarantine rule, which even applies to passengers who have tested negative for COVID-19.

Overall, Latin American and Caribbean states are being called on to implement the International Civil Aviation Organization's (ICAO) global guidelines for the safe resumption of air travel. IATA fully supports the recommendations contained in the ICAO Council's roadmap 'Take-off: a guide for air travel after the COVID-19 public health crisis'. The document is the result of extensive advisory work in collaboration with governments, the World Health Organization and leading aviation industry organizations.