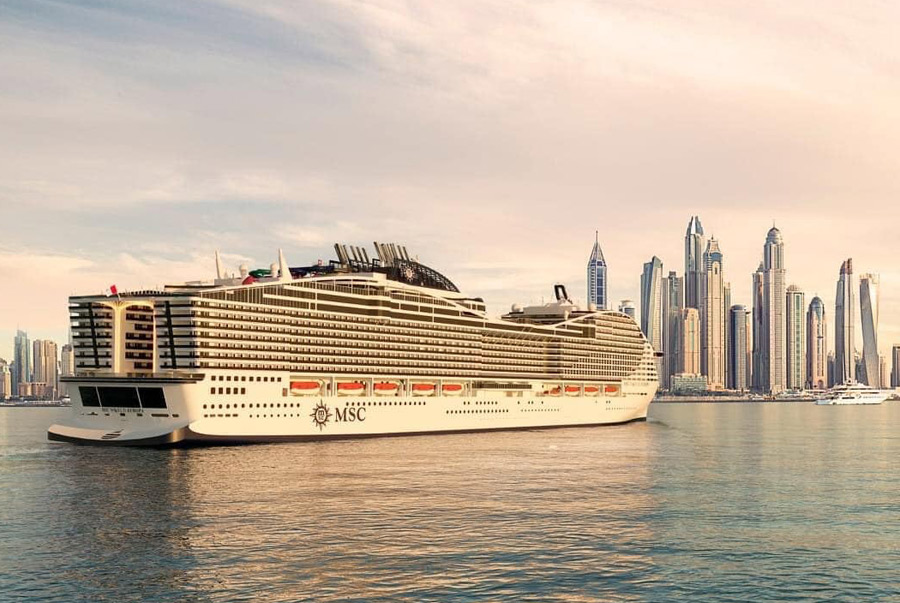 Leaving the shipyards of St. Nazare not even a month ago, positioned in Doha, where there was the "christening" ceremony with the traditional launch of the bottle, MSC World Europa is the brand new flagship of the group, the largest of the 20 ships of the passenger fleet belonging to the group headed by the shipowner Gianluigi Aponte.

The first thing you notice upon arriving on a comfortable flight with Qatar Airways, an exceptional partner of MSC Cruises, at the best airport in the world, in Doha, is the sinuous and innovative line of the upper decks of the ship illuminated to outline its unmistakable profile.

Europa, first in the “World class” of ships, has a futuristic conception that brings together those who care about sustainability as those who want the best from a holiday by the sea, one of the fastest growing declines in the tourism market, especially after the pandemic. 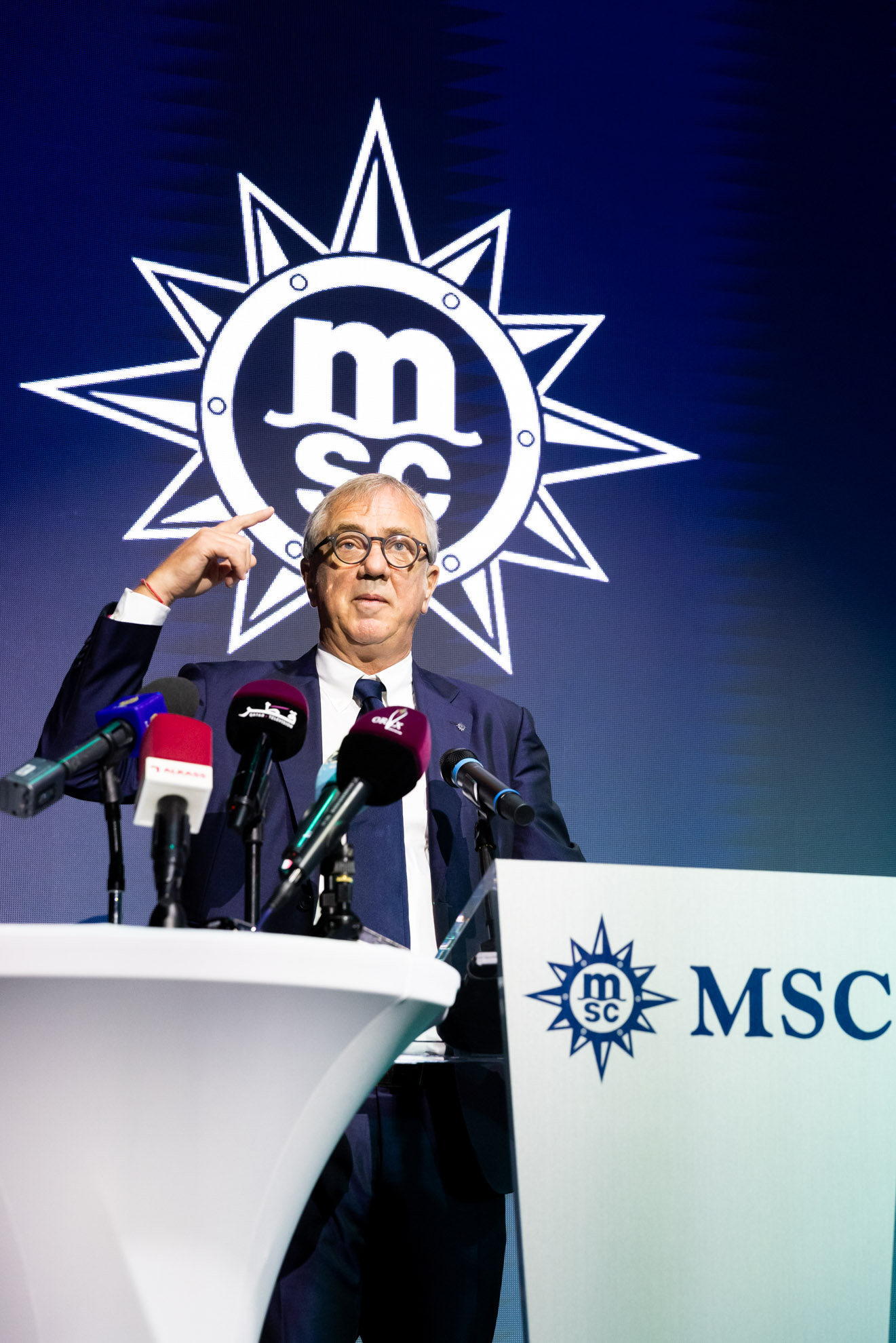 “We are the company that put 50% of the world's capacity growth into the sea after the pandemic - explains Leonardo Massa, Italy Managing director, not only the perfect guest, but a profound connoisseur of the Aponte family owned company - We don't stop: with a fleet of 20 ships that will become 23 at the end of next year, with an investment of over 3 billion euros, we are changing the way of sailing.”

The relationship with Qatar, an emerging country that will host the FIFA World Cup starting from November, 20, where Italy will not be on the field, is solid, both with the tourism promotion body, Qatar tourism, and with the Qatar Airways group which includes the award-winning flag carrier that connects to the Italian hubs of Milan and Rome, and other 150 destinations in the World, this can be understood from the presence of His Excellency Akbar al Baker, respectively President and CEO of the two entities, closely linked and strongly partnering with MSC Cruises, as recalled by the words of Pierfrancesco Vago, executive president and Gianno Onorato, ceo of the cruise company.

In Doha, in ultra-modern Qatar, MSC World Europe was officially "christened" by the president of the Qatar Foundation, Sheikha Hind bint Hamad al Thani, during a suggestive and touching ceremony that even put over 300 drones in the sky that drew unthinkable things in the warm Qatar night.

The ship, 68 meters high, 333.3 meters long, but above all 47 wide which make it even more livable by removing the impression from those on board of being on a ship, but vice versa in a well-kept terrestrial environment, except when you look out from the spacious decks to see the immensity of the seas it plows, has a particular silhouette and just for the World Cup, together with its smaller sisters Opera and Poesia they will act as "floating hotels" making around 15,000 beds available, for the organization of 'event. 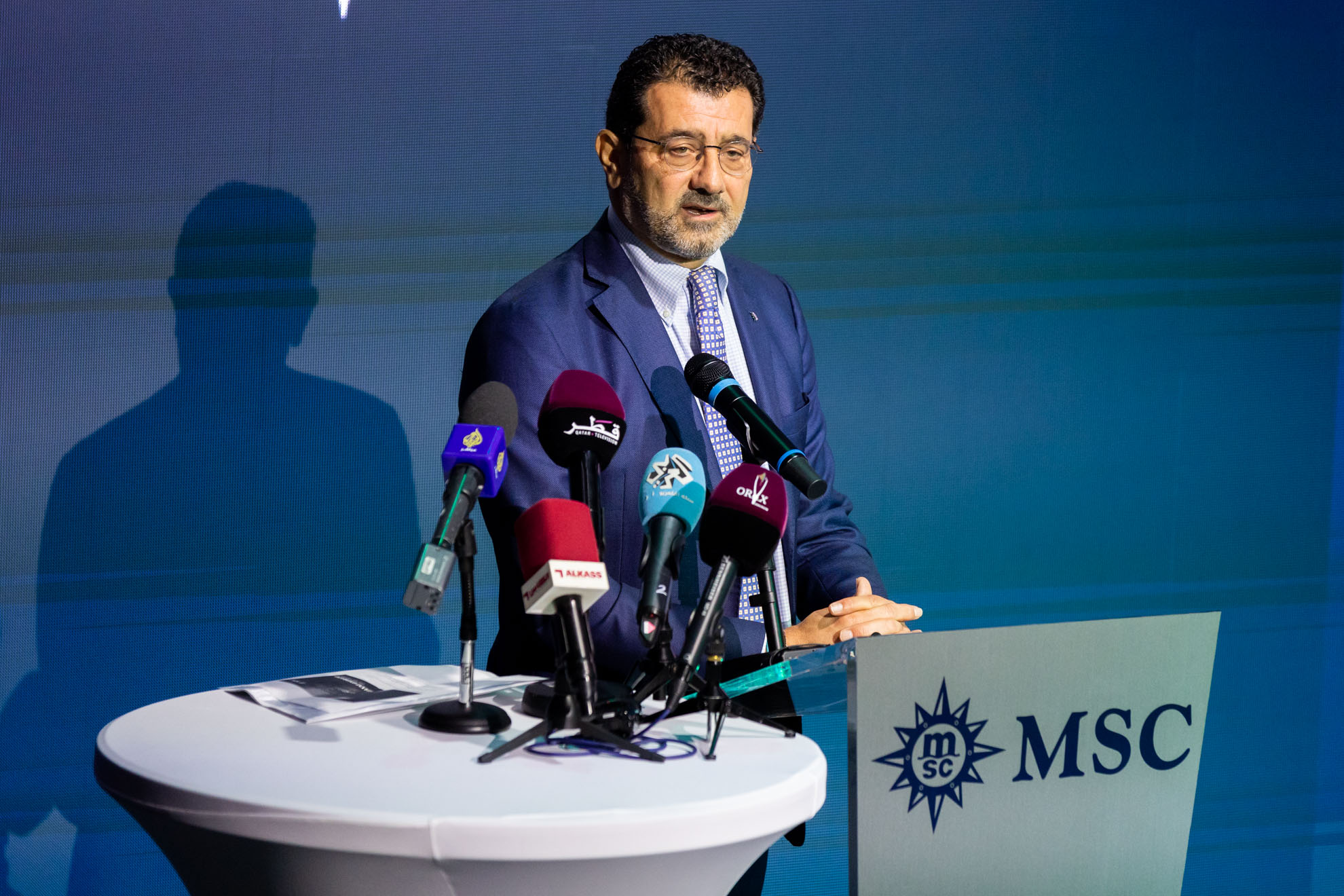 “I would like to move our guests to the environmental aspect - continues Massa - it is the first equipped with LNG propulsion, liquefied natural gas, which feeds the extremely silent engines that move the 220,000 tons of this naval engineering masterpiece. The vessel is also equipped with next-generation wastewater treatment, resulting in reductions of 99% of sulfur oxide emissions, 85% of nitrogen oxides and 21% of greenhouse gases. This also counts in investments.”

And in ideas, MSC seems unbeatable. Let’s take as example the on-board brewery at the Masters of the Sea pub, one of the places for a quick meal accompanied by an extensive list of beers, capable of producing beer "using sea water", explains the master brewer from Piemonte, Teo Musso, creator of this visionary project which offers three different beers that express themselves on three fronts (Belgian, German and English beer) right on the ship using sea water to brew the blonde drink.

This latest generation with a futuristic silhouette, made even more elegant in the dark by luminous lines instead of the large bunting, a 90-degree bow overlooking the sea and an unprecedented Y-shaped stern with a partly panoramic spiral slide. On board you have a great sense of stability and you see the world from a privileged height. 65% of the cabins, which also include a comfortable sofa and large living spaces, overlook a balcony overlooking the sea, a privileged point of view for cruise passengers.

And then the cabins overlooking the promenade, the beating heart of the ship, almost more coveted than those with a sea view. Large space for shipping, entertainment, over 1,034 square meters for children aged 0 to 17 and seven stations for virtual reality. Seven as the pools and 13 hot tubs open all night. 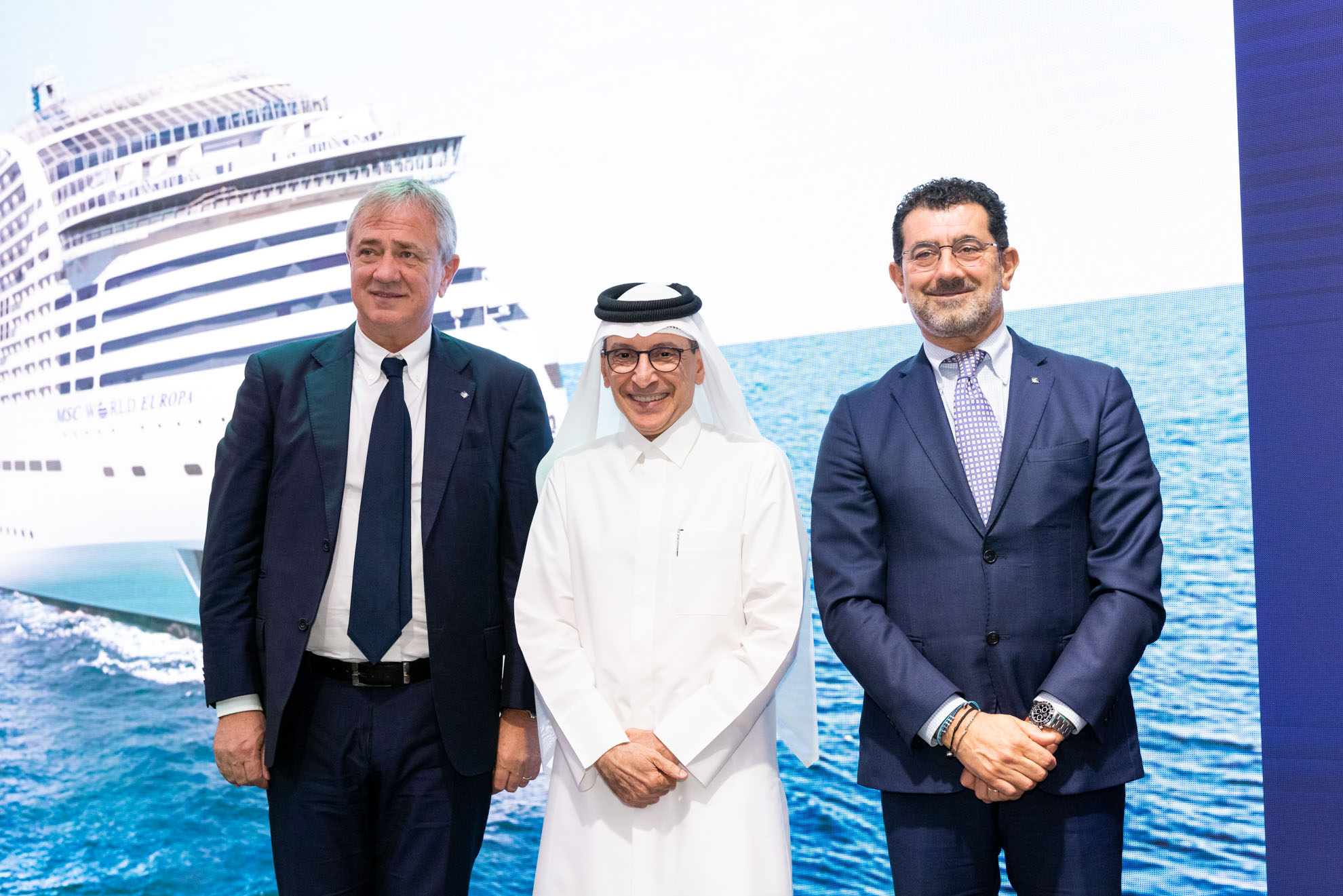 Needless to say: very large space for catering, at any time of the day or night, with as many as 33 refreshment points that cover a range so wide as to make you go around the world at the table, with the common denominator of the Italian-style service and the hand of a company that has deep roots in Naples, in the deepest and most positive Italian spirit.

All this to satisfy the almost 6.700 guests who, starting from the next few days, will populate the 22 decks of a true "marvel" of the seas and oceans, whose winter itinerary, once the World Cup is over, will see, from Doha, home port, touch in the region, Abu Dhabi, Dubai, Sir Baniyas, Damman.

There are so many novelties from MSC Cruises that one gets lost in telling them all; the fact remains that investments are growing and between now and the end of 2023 two more ships will enter service, the Seascape and the Euribia, to then, again in 2023, see the launch of the first ship of the Explora class, the new MSC brand which the use of a fleet, dedicated to this class, in 2028 of 7 vessels…

And it's not over yet.