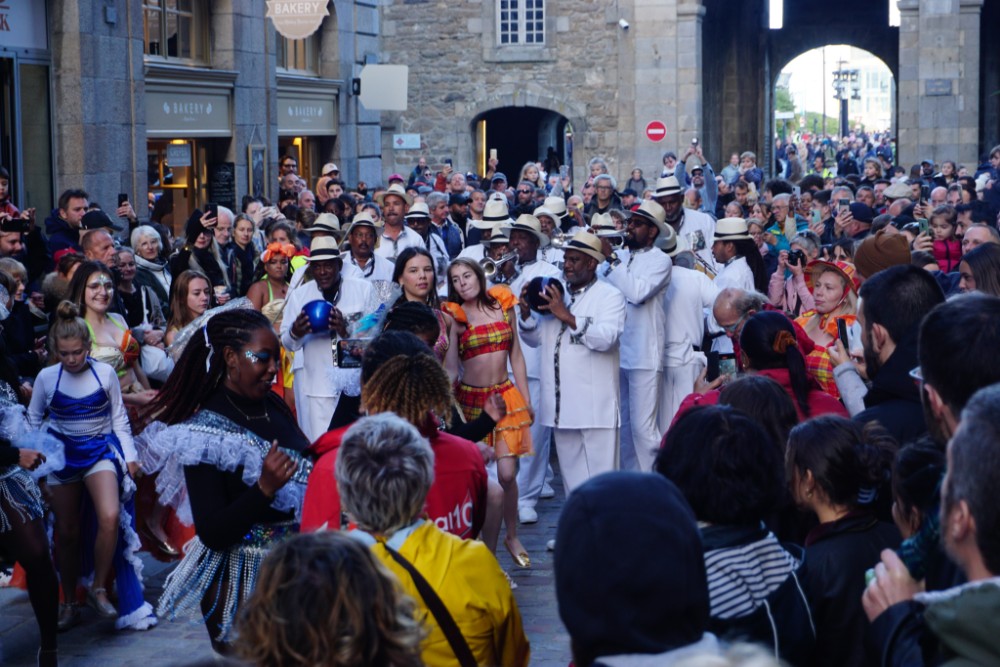 The French Caribbean island of Guadeloupe is celebrating the winners of the 12th edition of the ‘Route du Rhum – Destination Guadeloupe’ sailing race.

Frenchman Charles Caudrelier was the first to cross the finish line at the Mémorial ACTe in the bay of Pointe-à-Pitre at 5:02 a.m. local time (10:02 a.m. Paris time) on Wednesday, after 6 days, 19 hours and 47 minutes spent crossing the Atlantic.  Erwan Le Roux sailed his Koesio across the finish line first in the Ocean Fifty fleet on Sunday morning, November 20 at 6:10 a.m. local time (11:50 a.m. Paris time), narrowly beating second placed Quentin Vlamynck (Arkema) after nail-biting head to head over the final miles around the west side of Guadeloupe.

Less than 24 hours later, the winner in the IMOCA category, Thomas Ruyant crossed the finish line on November 21 at 2:51 a.m. local time, after sailing for 11 days, 17 hours, 36 minutes and 25 seconds. The skipper of the mono-hull LinkedOut covered the 3,542 miles of the course between Saint-Malo and Pointe-à-Pitre at a speed of 12.58 knots according to the shortest, so-called ‘great circle route’, while in reality he sailed 4,362.46 miles at an average speed of 15.49 knots across the ocean, which gives an indication of the great margins the skippers have to navigate around and to endure in order to accomplish their defeat of finishing the ‘Route du Rhum’

Caudrelier shattered the record for the crossing set by Francis Joyon (Idec Sport) in 2018 (of 7 days, 14 hours and 21 minutes). He was the favourite at the helm of the Maxi Edmond de Rothschild, the first boat entirely designed to fly over the water thanks to foils, launched in 2017 and considered the most accomplished Ultim (maxi-trimaran 32 meters long and 23 meters wide) in the fleet. 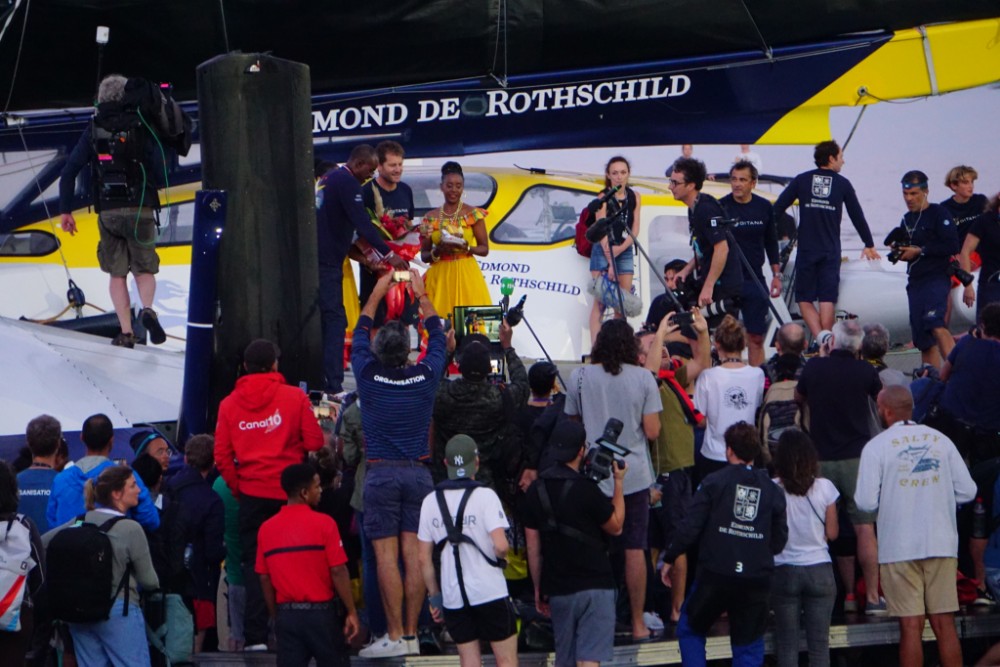 Caudrelier had taken an early lead in the first miles of the race. After the departure had to be delayed, for the first time in the history of the single-handed race event, for 72 hours due to a storm, 138 skippers sailed off the coast of Brittany, France, November 9 at 2:15 p.m. local time. The roster included nine Caribbean skippers, seven women and other sailors of 14 different nationalities.

The ‘Route du Rhum’ takes place every four years and is open to a variety of mono- and multihull classes (Ultim, Ocean Fifty & Rhum mono and Class 40, Imoca & Rhum multi) including some of the fastest trimarans on earth. Skippers sail alone, crossing the Atlantic to Guadeloupe, a distance of 3,532 nautical miles (4,078 miles or 6,562 kilometers).

“The race was exhausting, but I managed to find my pace. I was so eager to win this race. I’ve been dreaming about it since I was a kid and I never got to do it. It was a huge frustration until now," Caudrelier said after crossing the finish line.

He can now add this title to his list of trophies: three Transat Jacques Vabre and two Volvo Ocean Races.

While the skippers will have their own adventure at sea, visitors and residents are able to explore the Route du Rhum Villages, which opened at three different locations in Guadeloupe, at the Mémorial ACTe and the Marina Bas-du-Fort in Pointe-à-Pitre, and at the Capital Basse Terre. Featuring a wide array of boutiques, restaurants and special live entertainment, events are planned ed until December 7, spanning the estimated time period for the arrival of the entire fleet.

The Region Council of Guadeloupe, together with its partners and the event organizer OC Sport, aims to revitalize Guadeloupe’s post-COVID economy with the multi-week event.