Excelencias Group Magazines Pay Tribute to Havana in its 500 Years 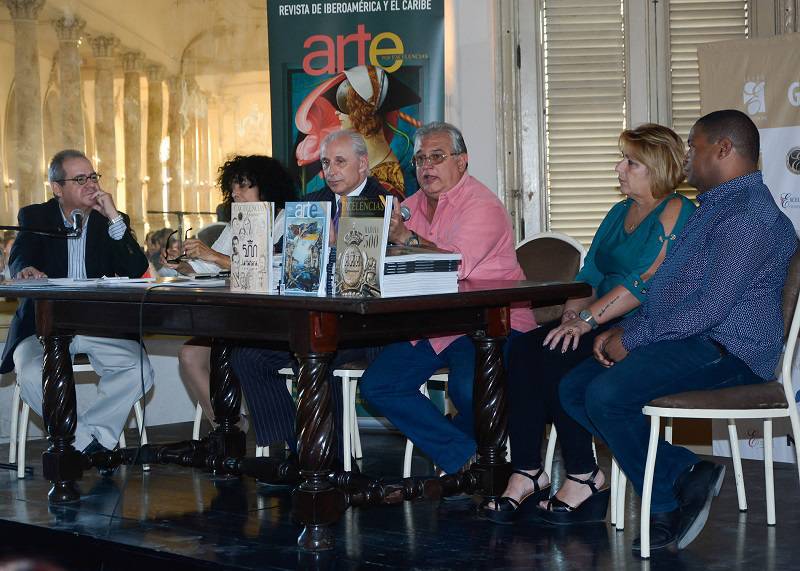 A special edition of the Excelencias Turísticas del Caribe dedicated to the 500th anniversary of the founding of San Cristóbal de La Habana and the 48th issue of Arte por Excelencias were presented in the halls of the Gran Teatro de La Habana Alicia Alonso.

The evening was presided over by José Carlos de Santiago, president of the Excelencias Group; Luis Carlos Góngora, vice-president of the Havana Provincial Administration Council; the painter, writer and cultural promoter Ileana Mulet, one of whose works adorns the cover of Art by Excelencias; Mabel Muñiz Ocaña, director of Abdala Productions; José Luis Estrada, editor of Caribbean Tourist Excellencies; and Alexis Triana, executive director of Art by Excelencias.

"When we talk about Havana, it takes a lot more work to be able to show everything that has been done, because it really has been a lot. It takes a lot of work to show what other small cities see with their own light, because of their brilliance and because everything is together. Here in Havana, to be able to see everything that has been done during these years, so that Havana shines with its own light, is priceless," the president of the Excelencias Group, José Carlos de Santiago, told those attending the presentation.

"The special edition of Excelencias Turísticas is a magazine that synthesizes Havana; it is full of symbols, of characters. There were many contributions, including that of the Excelencias Group, with a true, sincere gesture to accompany this city," said Luis Carlos Góngora, vice-president of the Council of the Provincial Administration of Havana.

The special issue of Excelencias Turísticas del Caribe dedicated to the Cuban capital contains, among other works on the cultural and historical heritage of San Cristóbal de La Habana, an interview with the main creator of the restoration works undertaken in this World Cultural Heritage city: Dr. Eusebio Leal Spengler. Art by Excelencias number 48, for its part, also highlights in its pages the event that has shaken the city in recent days, including a beautiful insert titled "Hoy mi Habana".

Members of the diplomatic offices of Costa Rica, Argentina, Ecuador, Colombia and the Republic of Congo attended the presentation, as well as representatives of Habanos S.A., in the figure of its co-president, Mr. Luis Sánchez-Harguindey; the company Los Portales, La Pradera, ARTEX, Air Europa, Bodegas Torres, Alianza & Companies and the Grupo Palco. 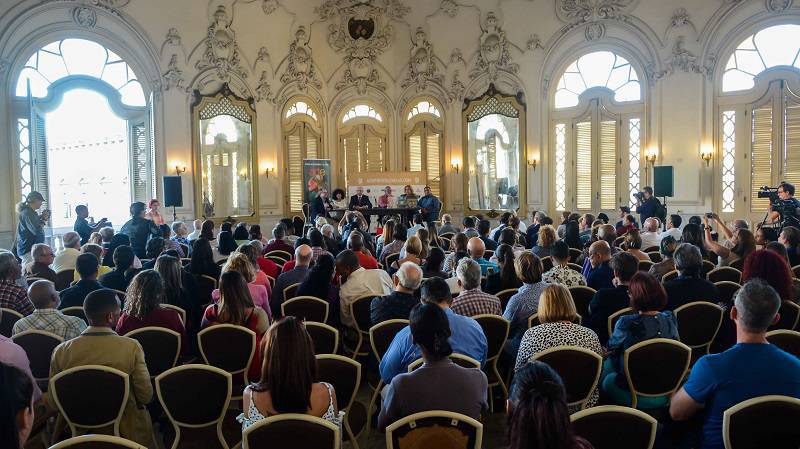 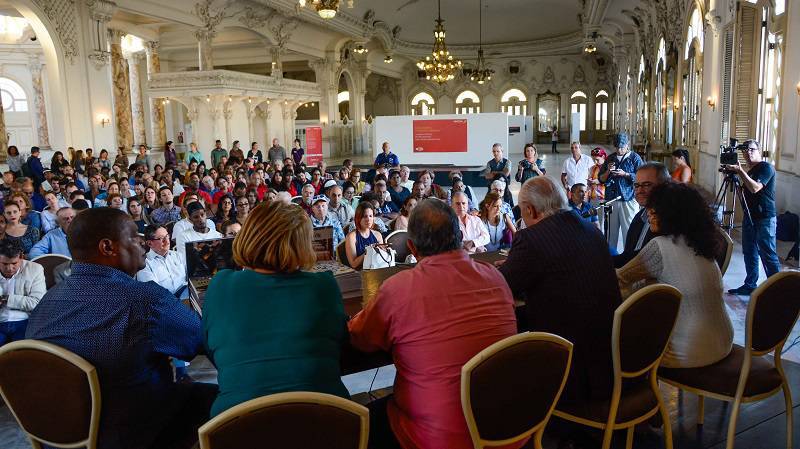 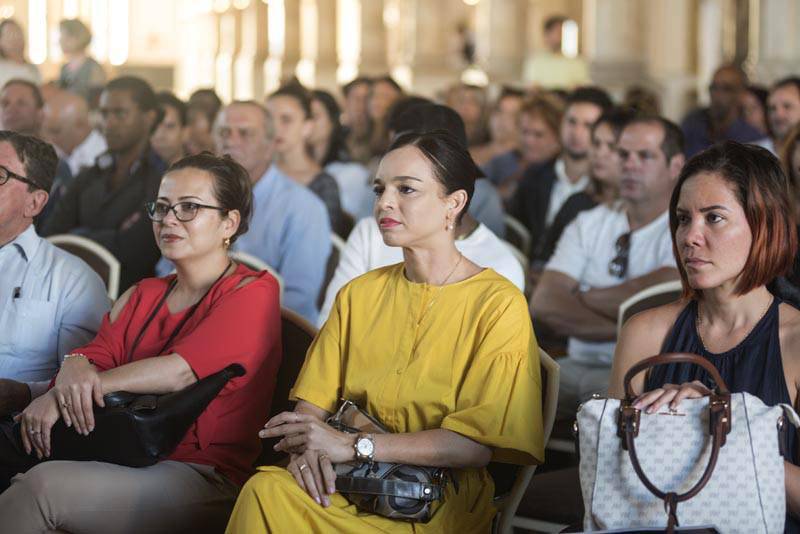 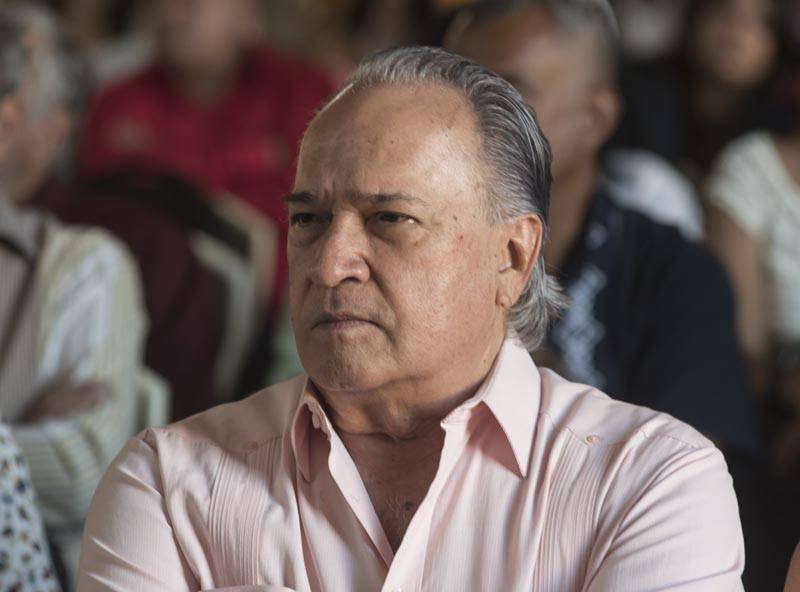 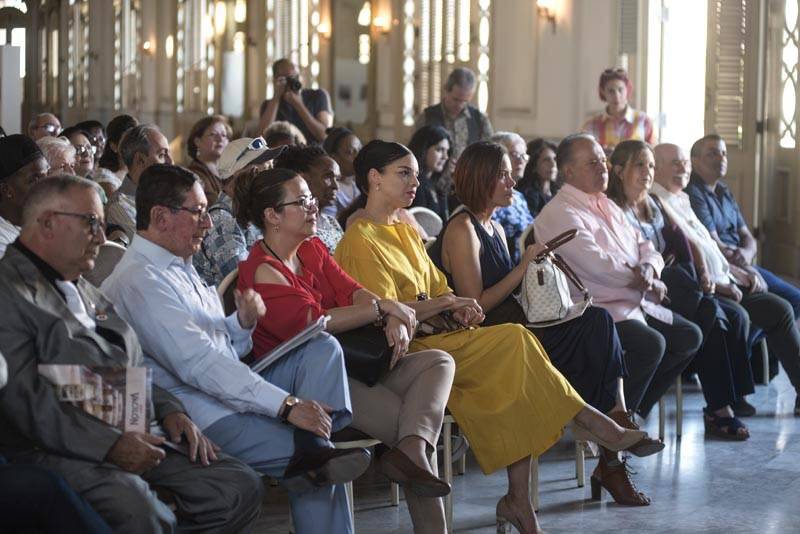