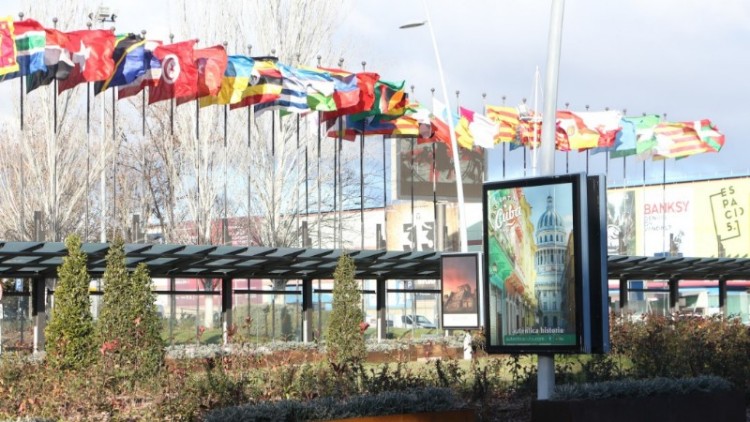 From 23 to 27 January, Madrid will once again become the focus of attention for the international tourism community with FITUR, the International Tourism Fair, organized by IFEMA.

This year’s event will be bigger than ever, both in terms of participation, in its international scope, and in its new content, in line with the industry’s record growth, both in Spain and worldwide.

This year’s edition will focus on sustainability, specialization and new technologies, features that are transforming the industry, and which will be the central theme of a strong offering aimed at improving tourism management, trade contacts, and the promotion of destinations and traveler experiences.

All this comes together in a single platform, and at the beginning of the year, a key moment for defining strategies for the whole of 2019.

Also, this year’s International Tourism Trade Fair takes place, in a context of worldwide growth for the industry. According to WTO figures, the world’s destinations received 1000 million international tourists between January and September last year, a growth of 5% year-on-year. Spain welcomed 78.4 million foreign tourists in the first eleven months of 2018, with spending up 2.8% on the previous year, generating revenues of €84,811 million.

Similarly, the continuing growth of Spain’s outbound tourism is noteworthy, as evidenced by increased spending by Spanish tourists abroad, up 12.3% between January and October 2018.

The favorable business conditions that these figures indicate will be well reflected in FITUR 2019, which this year will attract 886 stand-holder exhibitors, a growth of 8.3%, and 10,487 companies from 165 countries and regions.

The Spanish presence is up 6%, and international attendance, which already had a 55% share at FITUR, is up by 11%. And FITUR 2019 will have more than a dozen new additions, such as the official delegations from Djibouti, Finland, Ras al-Khaimah Emirate, and Sierra Leone, as well as exhibitors from the Cook Islands, the Former Yugoslav Republic of Macedonia, Pakistan, Papua New Guinea, French Polynesia, Serbia and Sweden. In participation by regions, the highest growth this year is by Africa (15%) and Europe (13%).

Overall, this edition will occupy 67,495 m², 2.5% more than last year, and this year will include Hall 2 to showcase Middle East destinations. This means that Hall 4 can now be dedicated to Europe, one of the regions that has grown the most.

The other areas retain their usual configuration: America in Hall 3; Africa and Asia-Pacific in Hall 6; Companies, Technology and Global Business in Hall 8; Promotion Boards and Associations in Hall 10, and Spanish Official Bodies in halls 5, 7 and 9.