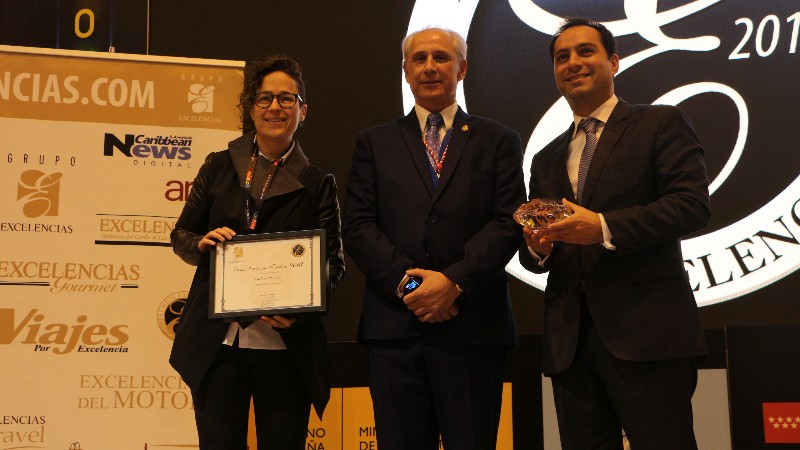 Vila Dosal accepted the award from José Carlos de Santiago, president of the Excelencias Group, which has regional offices in 14 countries.

The state was distinguished along with 35 other honorees. Among them, the Real Madrid Foundation, which sent Spanish football legend Emilio Butragueño Santos to accept the prize at the gala. Other prominent winners are Hard Rock Hotels, RCD Hotels, Celebrity Cruises, Iberostar Group, BBVA Hotels, World’s 50 Best Restaurants and the Osborne Foundation.

Moments earlier, Torruco led a ribbon-cutting for Mexico’s pavilion at the trade show. Chichen Itza’s famous temple was among the iconic images presented.

Mexico is also promoting the Mayan Train, marketed as an economic trigger for the southeast of the country.

In the opening day of Fitur 2019, Vila Dosal also held a series of meetings with executives of travel tour operators, shipping lines and airlines. The fair concludes Sunday.