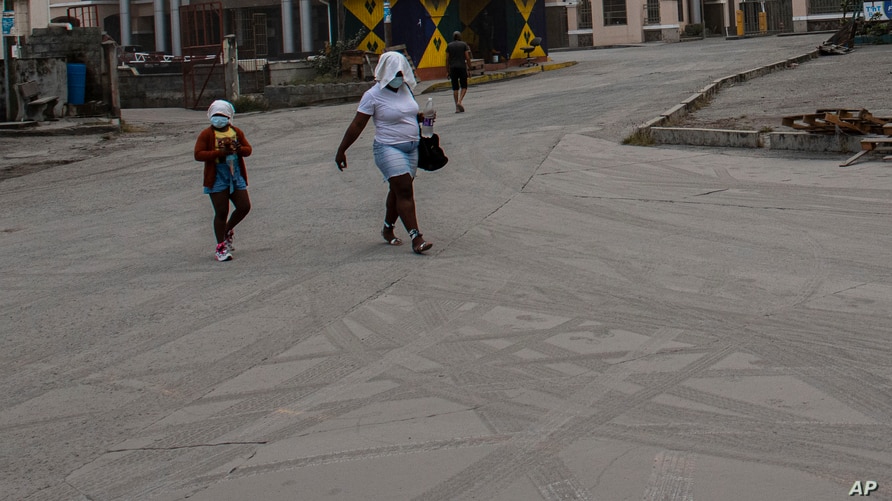 (Reuters) - Residents of the eastern Caribbean island of St. Vincent on Saturday woke to rumbling noises emanating from the La Soufriere volcano that spectacularly erupted a day earlier, while a thin layer of ash coated rooftops, cars and roads.

After decades of inactivity, the volcano erupted on Friday spewing dark clouds of ash some 10 km (6 miles) into the air and prompting an evacuation of some residents living nearby.

A witness in the island's capital city of Kingstown said the volcano continued to vent clouds of ash and rumble on Saturday morning, while videos from the island showed a ghost-like landscape, with empty streets and hazy skies.

St. Vincent and the Grenadines, which has a population of just over 100,000, has not experienced volcanic activity since 1979, when an eruption created approximately $100 million in damages. An eruption by La Soufriere in 1902 killed more than 1,000 people. The name means "sulfur outlet" in French.

St. Vincent's National Emergency Management Organisation at 10 a.m. ET (1500 GMT) issued a statement saying that "steaming/smoking" from the volcano has increased in the last few hours, warning those that live close to the site to be prepared to "evacuate at short notice".

Earlier, the agency on its Facebook page said "strong sulphur scents pervade the air" and urged residents to be careful.

Prime Minister Ralph Gonsalves, who ordered the evacuation of residents close to the eruption, toured rescue shelters on Saturday that have imposed limits on the number of evacuees they take due to COVID-19 protocols.

Authorities say they are awaiting scientific findings before announcing what future steps they will need to take.