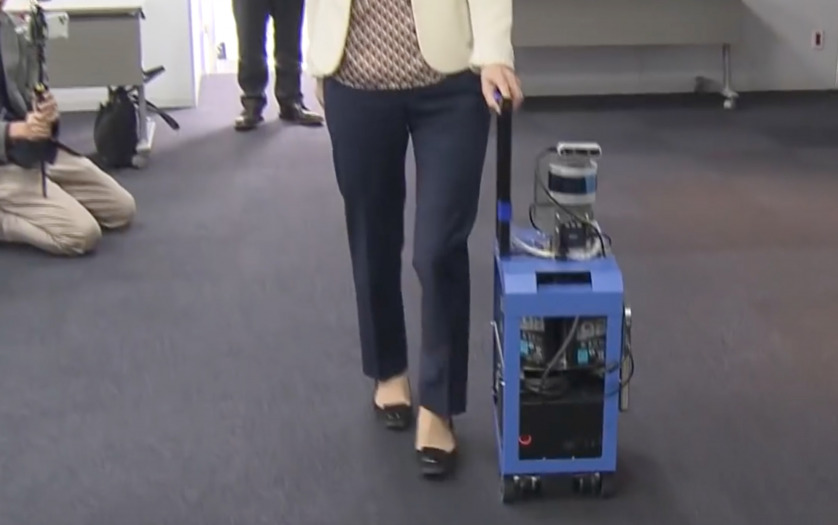 (CNN) - Negotiating an airport with its labyrinthine corridors, endless escalators and myriad gates is never easy. Now imagine doing it if you were blind.

That's the challenge faced by Chieko Asakawa, a computer scientist and IBM researcher. Asakawa splits her time between the US and Japan, making the journey monthly. If traveling unaccompanied she has to be escorted by airport staff at both ends of the flight, which sometimes involves waiting and denies her autonomy.

Searching for a better alternative led Asakawa to invent a high-tech suitcase that helps get her to her destination safely and efficiently.

Packed with cameras and sensors -- many of the same technologies found in an autonomous car -- the suitcase uses artificial intelligence (AI) to map the environment around it, calculating distances between the user and objects both stationary and mobile. A mobile phone app is used to program a destination into the suitcase, which plans a route and directs the user through vibrations in its handle.

Inventor Chieko Asakawa has created a suitcase that enables blind users to navigate public spaces and avoid objects in their path.

The suitcase also features facial recognition technology, which can notify the user if a friend is nearby. It can also flag shops and other places of interest in the vicinity and direct the user to them if prompted.

The concept has been in development since 2017 in a collaboration between IBM, other Japanese companies, and Carnegie Mellon University in Pennsylvania, where Asakawa is IBM distinguished service professor at the Robotics Institute.

Asakawa says there are hopes to commercialize the suitcase and a pilot scheme is planned to trial it in an airport, shopping mall and other public spaces. Though the current version is too full of tech to hold any clothes, that could change in the future, she says.