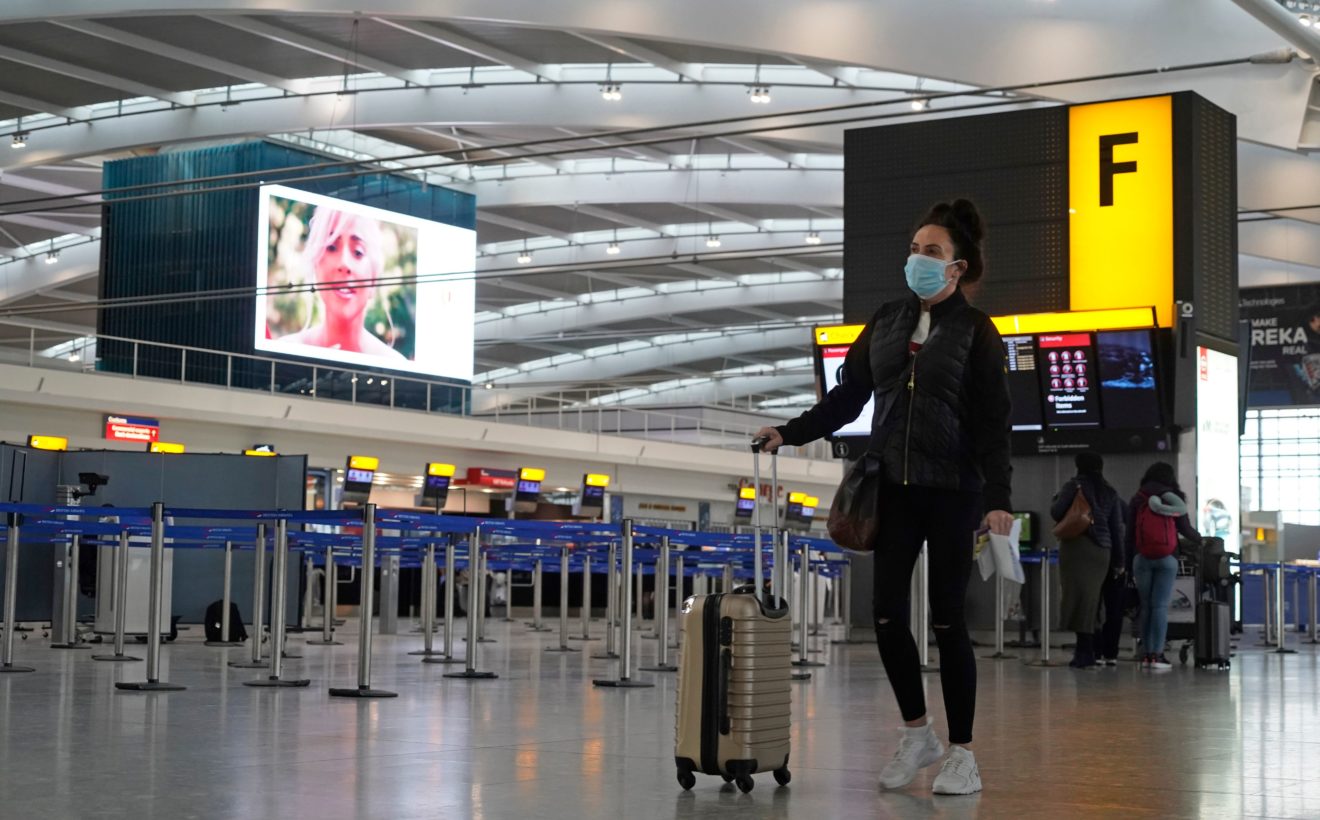 (AP) - The United Kingdom is banning travel from the whole of South America and Portugal amid concerns over a new variant of the coronavirus in Brazil, authorities announced Thursday.

British Transport Secretary Grant Shapps said that arrivals from more than a dozen countries, including Argentina, Chile and Peru, will be halted “following evidence of a new variant in Brazil.” Outside South America, the Cape Verde islands off the west coast of Africa and Panama in Central America were also slapped with travel bans.

And in a move that prompted consternation in Portugal, Shapps said travel from that country would also be halted because of its close links with Brazil, though there are exemptions for truck drivers from Portugal transporting essential goods. He said on Twitter that the move is “another way to reduce the risk of importing infections.”

The restrictions also apply to the Portuguese archipelagos of Madeira and the Azores.

The ban does not apply to British and Irish nationals and third country nationals with residence rights in the U.K. However, anyone returning from the banned destinations must quarantine themselves for 10 days with their households.

The announcement comes just a few weeks after many countries banned travel from the U.K. following the discovery of another variant of the virus around London and southeastern England, which has been blamed for a sharp increase in new coronavirus infections and deaths related to COVID-19.

Brazil, for example, temporarily suspended flights from or via the U.K. as of Dec. 25 over concerns over that variant, which is believed to be around 50% more contagious.

Portuguese Foreign Minister Augusto Santos Silva called the U.K. decision “absurd” and “without logic” and said he would seek clarification from his British counterpart.

In an interview with news agency Lusa published online by the newspaper Diario de Noticias, he said there was no evidence the variant found in Brazil had reached Portugal and stressed that all passengers traveling from Brazil to Portugal must be tested for the coronavirus within 72 hours of their departure.

“Suspending flights from Portugal with the argument of the connections between Portugal and Brazil is, with all due respect, completely absurd,” the foreign minister was quoted as saying.