Argentina Adds Another Exchange Rate Only for Tourists 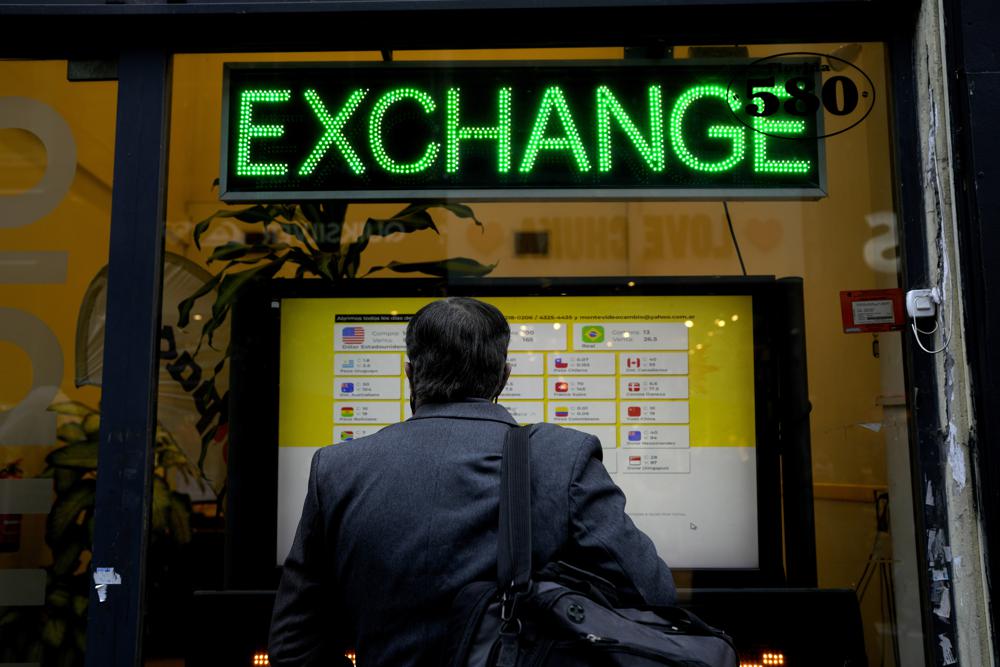 (AP) — In recent years, a moment often came when a visitor to Argentina suddenly grasped they could have gotten a lot more bang for their bucks if only they had brought cash to buy pesos on the unofficial market.

A dollar sometimes would buy twice as many pesos in informal cash trading as the amount in pesos it would get in purchases using a credit or debit card covered by the official exchange rate.

“You can almost hear the blood drain out of their voice when they realize this,” said Jed Rothenberg, owner of a travel agency that specializes in trips to Argentina.

That should, at least in theory, be a thing of the past as of Friday. The government has implemented a new regulation allowing visitors using credit and debit cards to get more pesos than the official rate gives.

On Friday, one dollar was officially worth 157 Argentine pesos. But in the unofficial market, commonly referred to as the “blue dollar,” it could be worth as much as 285 pesos. And in the system that will now be used by credit card operators it was at 292.

The informal foreign currency traders became more ubiquitous after strict capital controls were put in place in 2019 in an effort to protect the local currency from a sharp devaluation amid the country’s high inflation.

The government hopes the new rule for credit and debit cards will discourage all-cash transactions that leave cash-laden tourists more vulnerable to robbers — and also often deprive the government of sales taxes that are frequently ignored if there is no electronic trail.

Rothenberg sought for years to explain Argentina’s different exchange rates and the difficulties that tourists faced in using credit and debit cards. He wasn’t always successful.

“The vast majority of people are just confused: ‘You mean there’s more than one exchange rate and that one of these can be as much as a double- or even triple-digit difference?’,” Rothenberg said.

The new rule won’t do much to reduce confusing complexities. It adds yet another exchange rate to the more than 10 that already exist in Argentina — a system that makes it impossible to say simply what a peso is worth.

The government also imposes different taxes on converting foreign currency depending on what it will be used for, leading to rates that have colloquial names like the “Qatar dollar” for travelers (a reference to the World Cup), the “Netflix dollar” for streaming services and the “Coldplay dollar” to book foreign artists to play in the country.

The reason why no one can really answer how much a peso is worth is because “it’s worth something different for each person,” said Martín Kalos, an economist who is a director at Epyca Consultores, a local consultancy.

“The government has been segmenting the market. There is no one value, there are multiple prices depending on who you are or what operation you want to do,” he said.

The government’s goal is to have a stronger peso to pay for the country’s imports in hopes of keeping prices rises from worsening. The economy registered an annual inflation rate of 83% in September.

Fernández’s administration “is implementing palliative measures, or patches, because it has elections a year from now” and any efforts to correct these distortions would likely cause economic pain that would be costly at the ballot box, Kalos said.

Argentina has gone through so many financial crises in recent decades that its citizens are distrustful of their currency, so those who earn enough to save usually do so in dollars or euros.

Anyone who has not received subsidies from the state or who operates in certain financial markets can buy as much as $200 a month but must add an additional 65% tax to the official exchange rate.

Argentines who pay for foreign currency purchases on their credit cards pay a surplus of 75% over the official rate. But that is as long as they spend less than $300. If they spend more than that a month, the surplus increases to 100%.