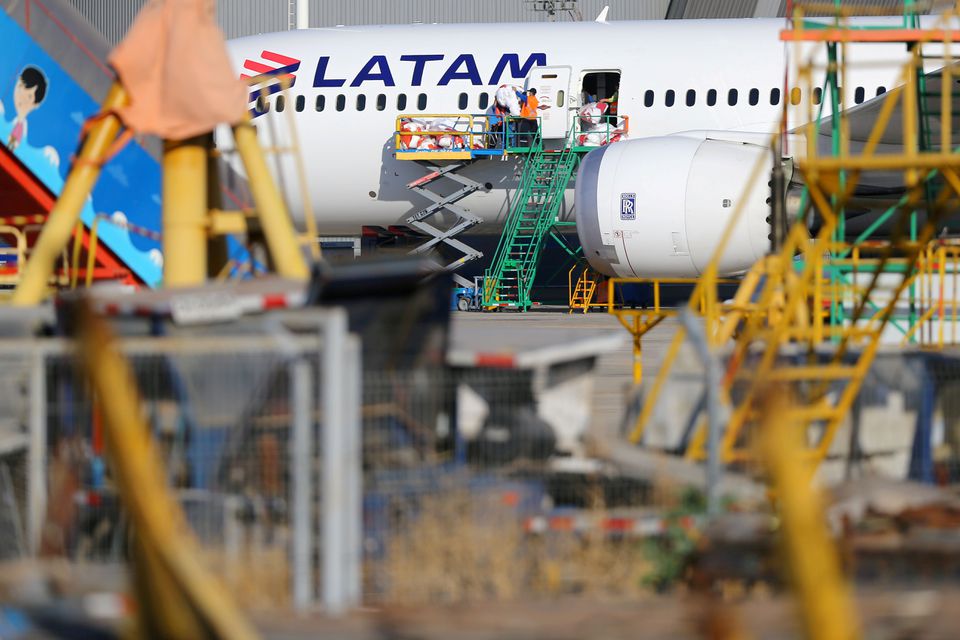 (Reuters) - Shares of LATAM Airlines, Latin America's largest air transport group, plunged on the Chilean stock exchange on Monday after an announcement by the indebted carrier over the weekend of a restructuring plan that would dilute shares in the company.

The airlines' shares collapsed by almost 85% in early trading. On Friday the firm said it had filed a reorganization plan, proposing an $8.19 billion infusion of capital into the group, in a bid to exit its Chapter 11 bankruptcy. read more

The financing proposal will include a mix of new equity, convertible notes and debt, the group said in a statement, adding that it intends to launch an $800 million equity rights offering to shareholders upon confirmation of the plan.

Brazilian airline Azul SA on Monday said that it made an offer this month to combine with LATAM Airlines, but said the Chilean-listed firm was overvalued and that it had since decided to focus on its own operations.