(AP) - Fiona washed houses into the sea, tore the roofs off others and knocked out power to the vast majority of two Canadian provinces Saturday as it made landfall as a big, powerful post-tropical cyclone.

Fiona transformed from a hurricane into a post-tropical storm late Friday, but it still had hurricane-strength winds and brought drenching rains and huge waves. There was no confirmation of fatalities or injuries.

Ocean waves pounded the town of Channel-Port Aux Basques on the southern coast of Newfoundland, where entire structures were washed into the sea. Mayor Brian Button said Saturday over social media that people were being evacuated to high ground as winds knocked down power lines.

Halifax Mayor Mike Savage said the roof of an apartment building collapsed and they moved 100 people to an evacuation center. He said no one was seriously hurt or killed. Provincial officials said there are other apartment buildings that are also significantly damaged. Halifax has about 160 people displaced from two apartments, officials said.

More than 415,000 Nova Scotia Power customers — about 80%o f the province of almost 1 million — were affected by outages Saturday morning. Over 82,000 customers in the province of Prince Edward Island, about 95%, were also without power, while NB Power in New Brunswick reported 44,329 were without electricity.

The fast-moving Fiona made Nova Scotia landfall before dawn Saturday, with its power down from the Category 4 strength it had early Friday when passing by Bermuda, though officials there reported no serious damage. 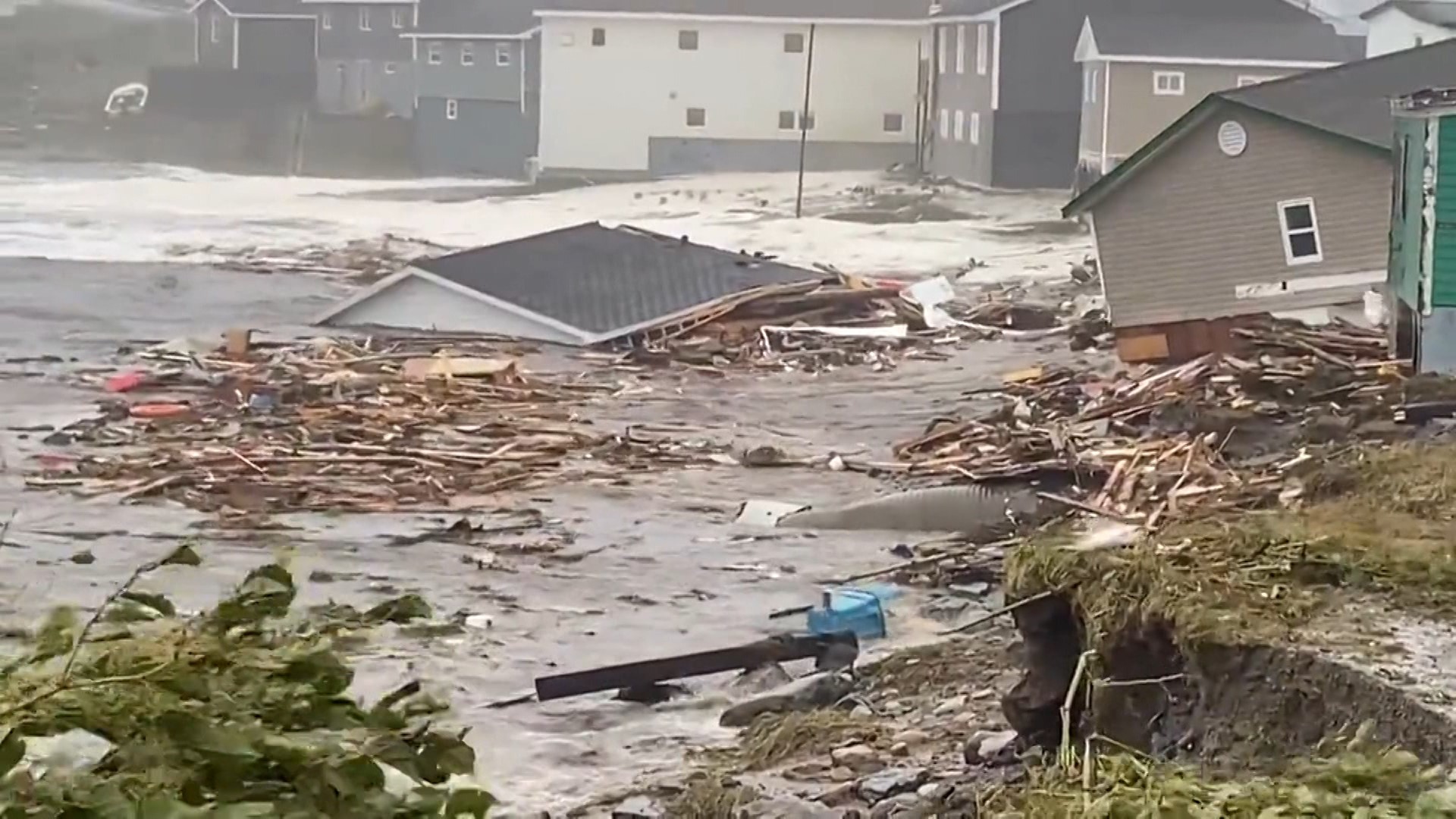