It’s Still Miles Away, but Tropical Storm Gonzalo Heads to the Caribbean 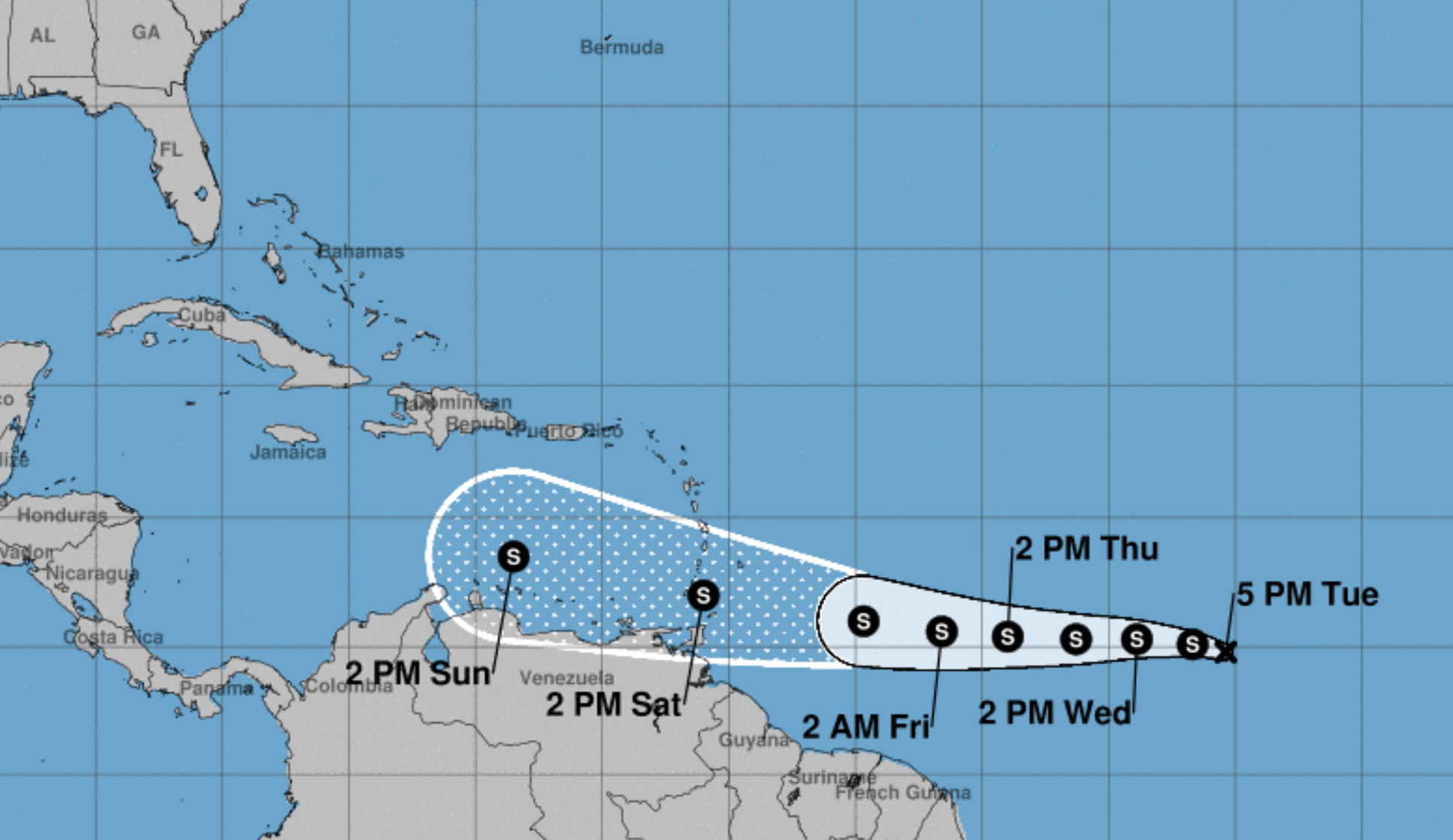 "Given the increased organization of the system and its small size, Gonzalo's likelihood of becoming a hurricane is rising. Small storms are prone to more significant fluctuations in intensity, both up and down," CNN meteorologist Taylor Ward said.

Strengthening will continue in the next day as the storm is expected to become the season's first hurricane by Thursday, the NHC said.

The center is forecasting the storm to weaken slightly before moving over the Windward Islands. The storm may even fizzle after it moves over the islands, as many models are indicating, or it could continue to intensify into next week. It's still a little too early to tell exactly what it will do after it moves into the Caribbean.

This is the earliest that a storm has received a name starting with the letter "G" since the named-storm system began back in 1953. On average, the seventh named storm in a season is on September 16.

The previous record for the earliest seventh named storm formation in the Atlantic was Gert on July 24 during the busiest hurricane season on record, 2005.