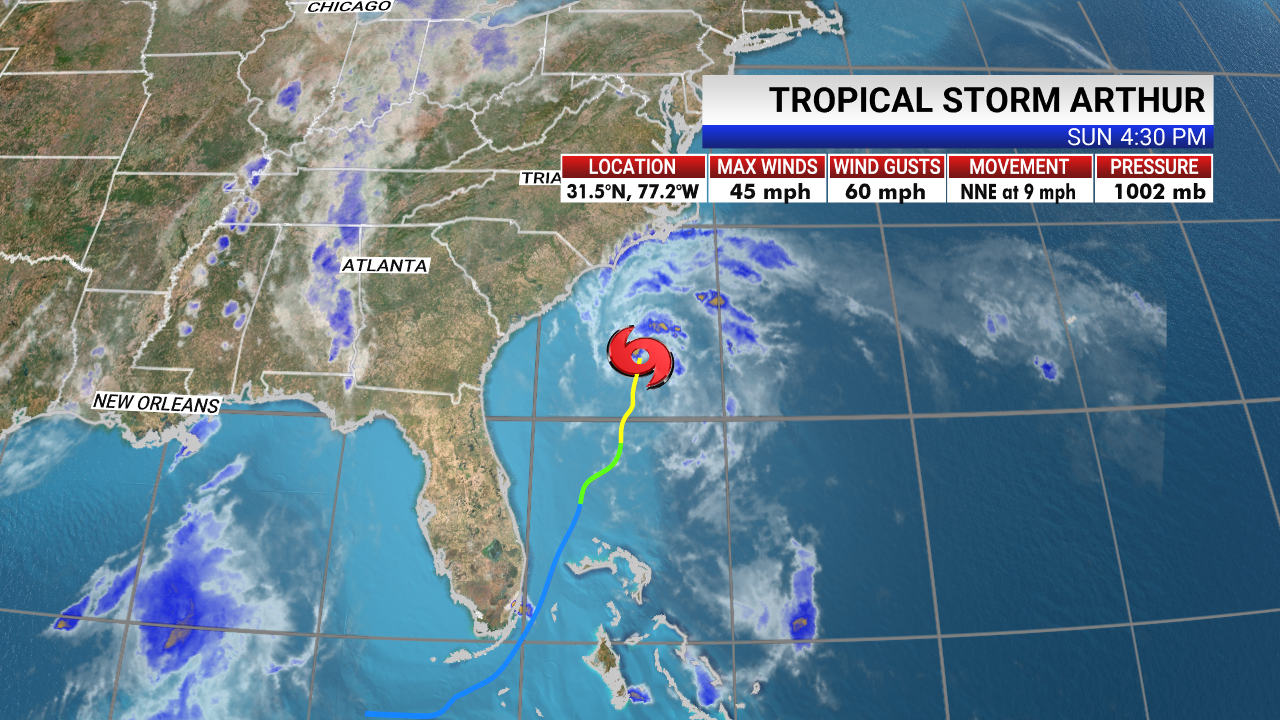 Meteorologists along the U.S. east coast are keeping a close eye on tropical storm Arthur, the 2020’s first system that has come a bit earlier than anticipated, since the hurricane season actually starts in June.

According to WKMG News 6, a TV station in Orlando, Florida, Arthur is moving toward the north-northeast near 9 mph (15 km/h). A turn toward the northeast with an increase in forward speed is forecast to occur later tonight or on Monday.

A turn toward the east is expected on Tuesday. On the forecast track, the center of Arthur will remain well offshore of the coasts of Georgia and South Carolina tonight, and then move near or just east of the coast of North Carolina on Monday. Arthur is forecast to turn away from the east coast of the United States Monday night and Tuesday.

Maximum sustained winds are near 45 mph (75 km/h) with higher gusts. Some gradual strengthening is forecast during the next day or so. Arthur is likely to lose tropical characteristics on Tuesday.

Tropical-storm-force winds extend outward up to 125 miles (205 km) from the center. The minimum central pressure recently measured by the reconnaissance aircraft was 1004 mb (29.65 inches).

Tropical storm conditions are expected within the tropical storm warning area on Monday. Arthur is expected to produce total rain accumulations of 1 to 3 inches over coastal North Carolina tonight and Monday, with locally higher amounts.

Swells generated by Arthur are affecting portions of the southeast U.S. Coast and are expected to spread northward along the U.S. Mid-Atlantic coast during the next day or two. These swells could cause life-threatening surf and rip current conditions.